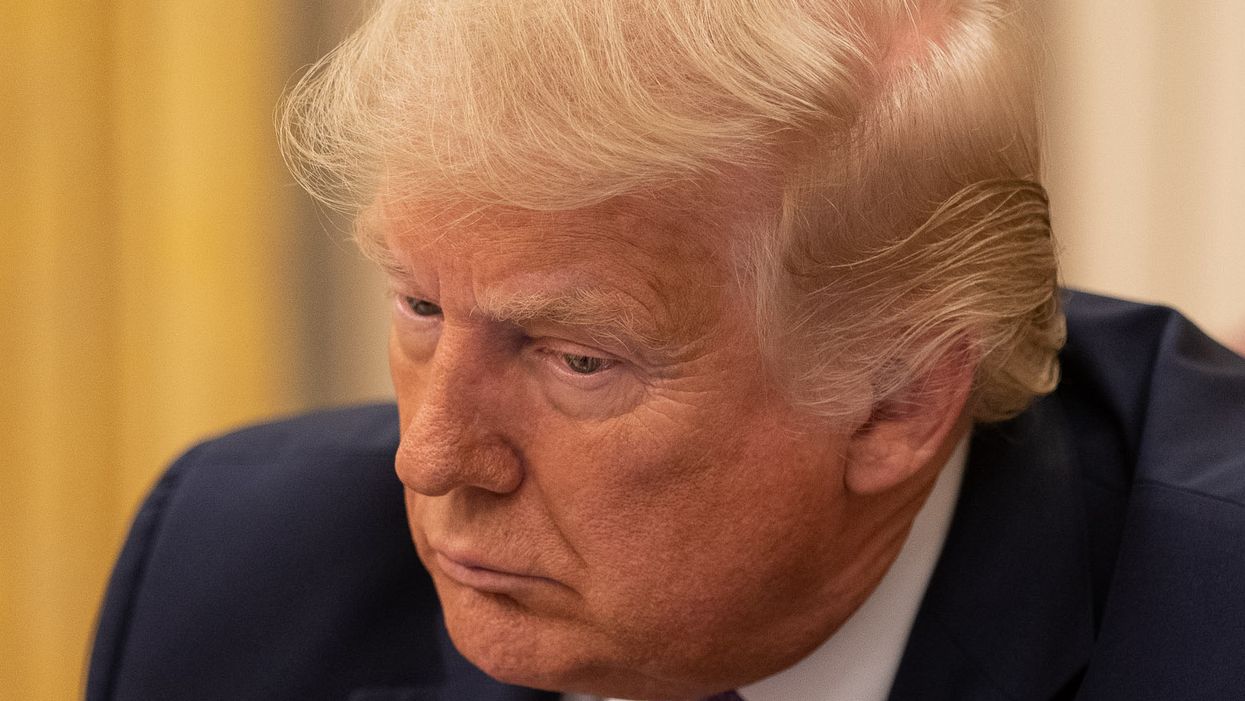 President Donald J. Trump, joined by White House senior staff, speaks on the phone with Prime Minister Benjamin Netanyahu of Israel, and Sheikh Mohammed Bin Zayed, Crown Prince of Abu Dhabi and Deputy Supreme Commander of the United Arab Emirates about their agreement to establish full normalization of relations between Israel and the United Arab Emirates Thursday, Aug. 13, 2020, in the Oval Office of the White House.

Sean Conley, the president's physician, explained in a memo that Trump has "received a single 8 gram dose of Regeneron's polyclonal antibody cocktail." Conley referred to this as a "precautionary measure." He said the president took the dose "without incident," and noted that the president is also taking "zinc, vitamin D, famotidine, melatonin, and a daily aspirin."

He described the president as "fatigued but in good spirits," while First Lady Melania Trump — also diagnosed with the disease caused by the coronavirus — "remains well with only a mild cough and headache." No one else in the president's family has tested positive for the virus.

"These work by providing 'passive immunity,' similar to convalescent plasma, but are manufactured," she said.

The New York Times reported that Trump's symptoms are more extensive than has been officially revealed.

"President Trump is experiencing coldlike symptoms after testing positive for the coronavirus, according to two people familiar with his condition," the report said. "The president has a fever, congestion and a cough, two people close to him say."