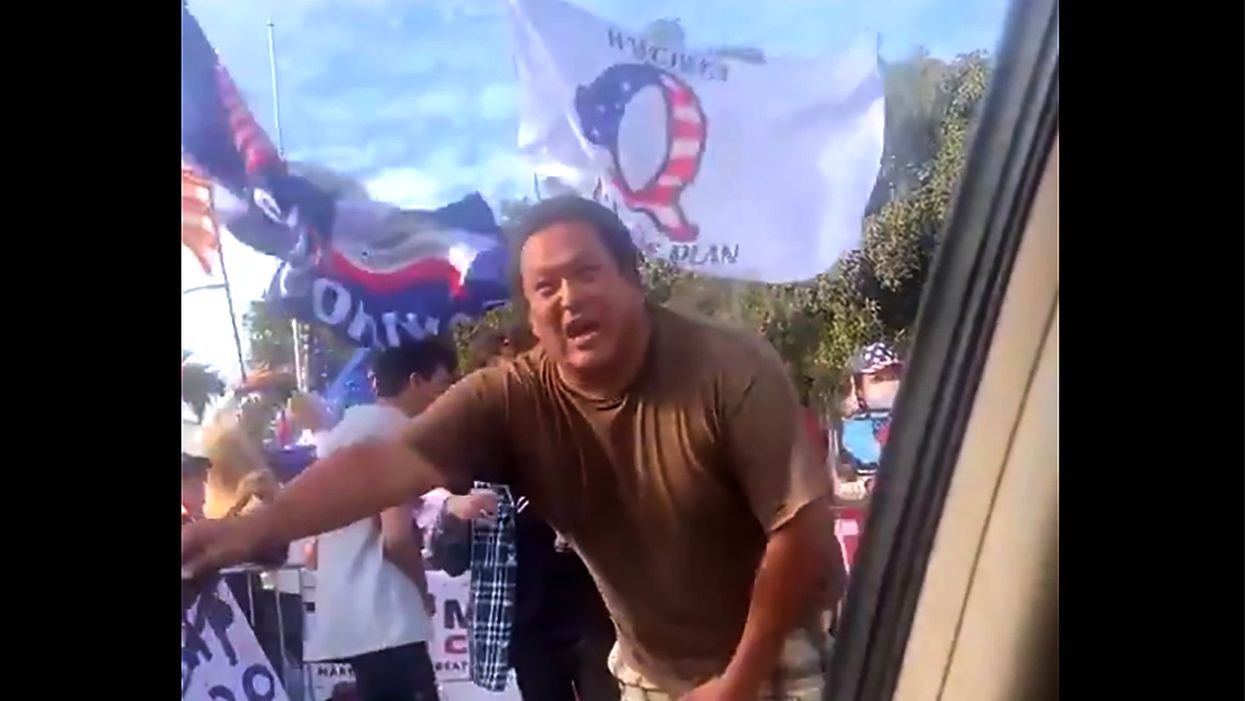 At a grassroots roadside rally for President Donald Trump in Beverly Hills, supporters waved huge American flags, a QAnon conspiracy cult flag, banners that said "Trump 2020," and "Californians for Trump," and handmade and printed signs that read "Asians for Trump," "Latinos for Trump," and "Challenge your beliefs."

One social media user filmed the event from inside a car, capturing a man who threatened them to vote for President Trump.

"We got you now," said the man, pointing a small sword with a Trump flag at the end towards the driver. "Your mother voted for Trump."

"Your mother loves Trump – I asked her. We got your plates – we got you," the Trump supporters says, as a young woman in a tight-fitting tank top emblazoned with the American flag and holding a Trump flag over her shoulder walks by, giving the driver the finger.

The man walks to the front of the car, points, and returns to the passenger window.

"We got your plates baby. We know who you are now. You're going to vote for Trump whether you like it or not. You got no choice!"

"You cannot resist Trump, we got you. We f*cking got you," he threatens.

As the car drives off a man, off camera says, "We got her plates."