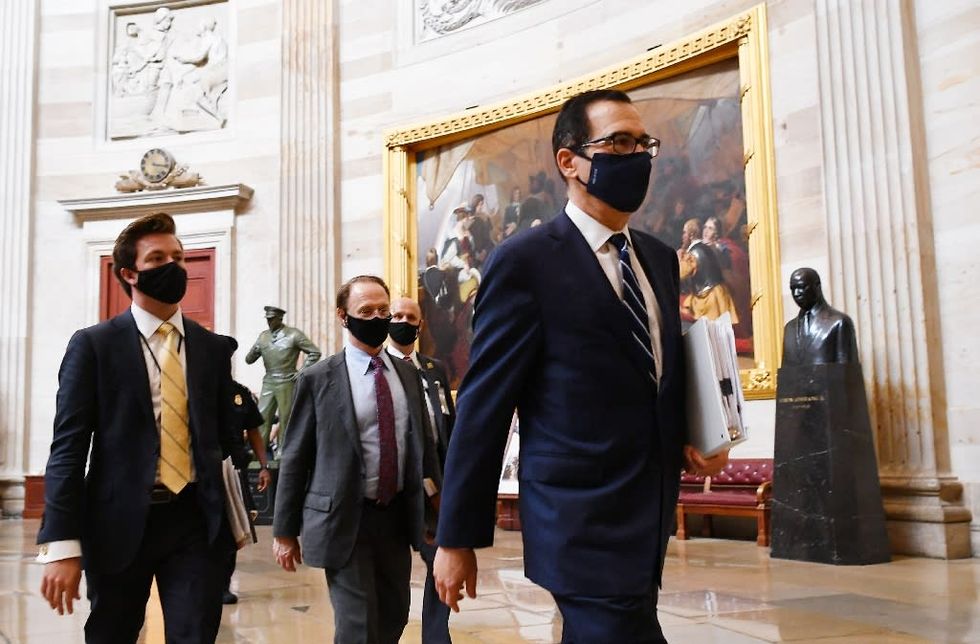 Washington (AFP) - Lawmakers and the White House are unlikely to finalize a new stimulus plan before the November election, US Treasury Secretary Steven Mnuchin said Thursday, even as his boss President Donald Trump indicated he may raise his offer.But there were signs late in the day that the impasse might be easing, after Mnuchin said the administration would agree on a national testing plan Democrats have called for in the package to help ease the damage from the Covid-19 pandemic, according to an aide to House Speaker Nancy Pelosi.It was a small but potentially significant step after month...