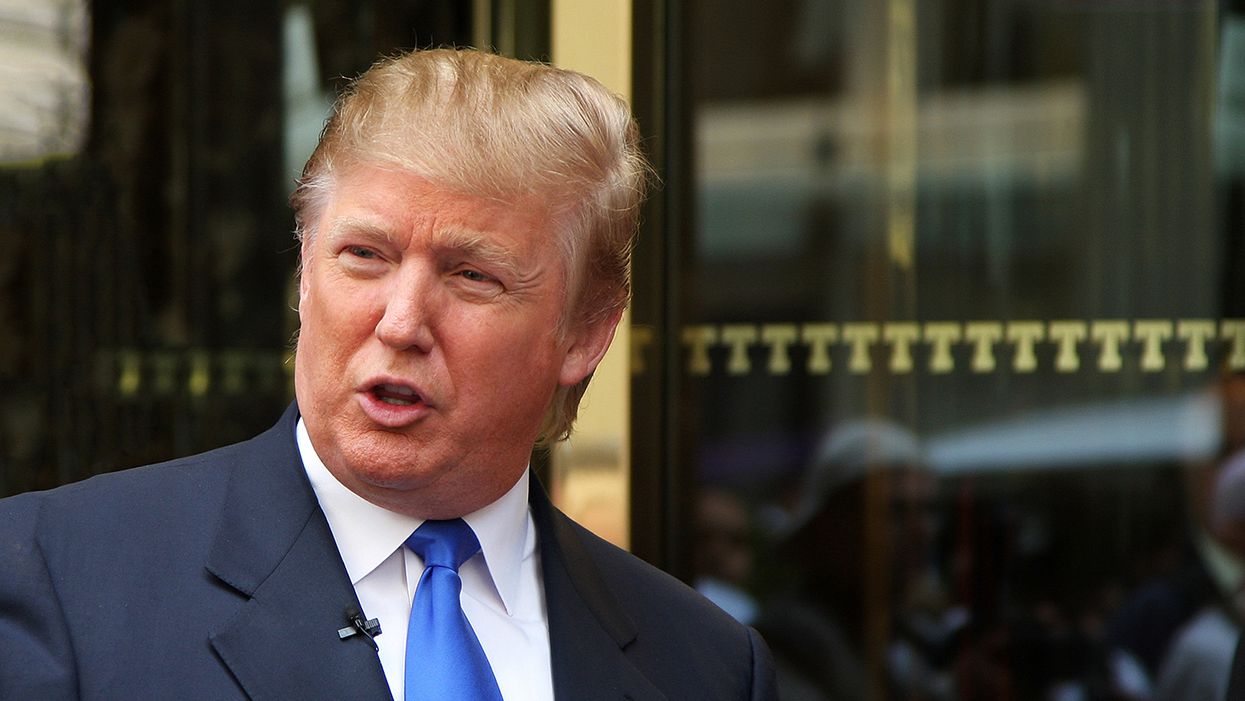 President Donald Trump had $287 million in debt forgiven by his lenders after failing to repay loans tied to his Chicago hotel and other projects, according to a new report.

Trump's federal income tax returns obtained by The News Times showed that most of the debt was tied to Trump International Hotel & Tower — "another disappointment in a portfolio filled with them."

The New York Attorney General's Office is now investigating the debt forgiveness as part of a larger probe into Trump's company, according to the report. The IRS considers canceled debts as income, but Trump, who paid no federal income tax for years, appears to have paid no taxes on the funds.

"These were all arm's length transactions that were voluntarily entered into between sophisticated parties many years ago in the aftermath of the 2008 global financial crisis and the resulting collapse of the real estate markets," he told the outlet.

But Trump publicly insisted that he had made a "great deal" with his lenders in order to avoid having to cover his hotel's losses.

"I was able to make an appropriately great deal with the numerous lenders on a large and very beautiful tower" he tweeted. "Doesn't that make me a smart guy rather than a bad guy?"

When Trump set out to build the tower in 2001, he arranged for two of his LLCs to borrow more than $700 million for the project, according to The Times. Most of the money came from Deutsche Bank, which was one of the few lenders willing to do business with Trump after a series of bankruptcies and defaults.

The bank agreed to lend the LLC $640 million after Trump said that his daughter Ivanka would be in charge of the project, according to the outlet. Trump personally guaranteed $40 million of the loan.

Another firm, a hedge fund called the Fortress Investment Group, agreed to loan Trump an additional $130 million, which he would pay back once the first loan was repaid. Lenders could seize the building if Trump defaulted under the terms of the agreement, according to the report.

Trump was projected to earn income from the property by 2008 when the loans came due, but delays left the residential part of the project under construction by the time it was time to repay. Trump reportedly cited the 2008 financial crisis to ask for an additional six months to pay.

When Trump attended a ceremony to mark the property's upcoming opening in 2008, at least 150 units were still unsold, leaving the Trump Organization hundreds of millions short of what they owed.

Trump, who by then owed $334 million to Deutsche and $130 million to Fortress, asked for another extension but was rebuffed. Trump reportedly sent a letter to Deutsche insisting that the financial crisis contributed to a "force majeure" which "entitled him to extra time to repay the loans."

Days later, Trump filed a lawsuit against the two lenders and the companies who bought parts of his debt. He accused Deutsche of "predatory lending practices" and demanded the bank pay his $3 billion in damages. The bank reportedly responded with its own lawsuit, accusing Trump of being a "habitual deadbeat" and demanding "immediate repayment of the now-defaulted loans."

The lenders ultimately chose not to pursue the litigation and informed the court they had reached an undisclosed settlement in 2010. Trump's tax returns show that he had about $270 million in debt forgiven, according to The Times. The generous move was one "few American companies or individuals could ever expect to receive, especially without filing for bankruptcy protection."

Fortress ultimately settled for $48 million. Deutsche allowed Trump two more years to sell space in the building to repay the loan, according to the report. The Trump Organization ultimately raised enough money to pay off about $235 million.

But Trump reportedly still owed the bank $99 million when Rosemary Vrablic, who was Jared Kushner's personal wealth manager at the bank, agreed to loan him $99 million. The funds, which were backed by a personal guarantee, were used to repay the outstanding debt. The Trump Organization repaid parts of that loan as it took on hundreds of millions in additional loans to fund Trump's Doral golf resort and his Washington hotel.

Trump's tax returns show he has personally guaranteed $421 million in loans from Deutsche Bank, according to The Times. Trump's investments allowed him to declare losses which helped him avoid paying federal income tax.

Though Trump's ascent to the White House has helped his business drum up millions in business from supporters, it has not been enough to help them overcome massive losses. His golf courses alone have reportedly lost hundreds of millions.

Most of the retail space at the Chicago tower has never been occupied, and profits fell from $16.3 million in 2014 to only $1.8 million in 2018, according to The Real Deal.

The hotel faced even more losses after the coronavirus pandemic hit, and the Trump Organization asked for additional financial relief from Deutsche and other lenders, according to The Times. The bank offered to let the company pause interest payments on the debt, but the Trump Organization "decided the bank's proposal was insufficiently generous and turned it down."