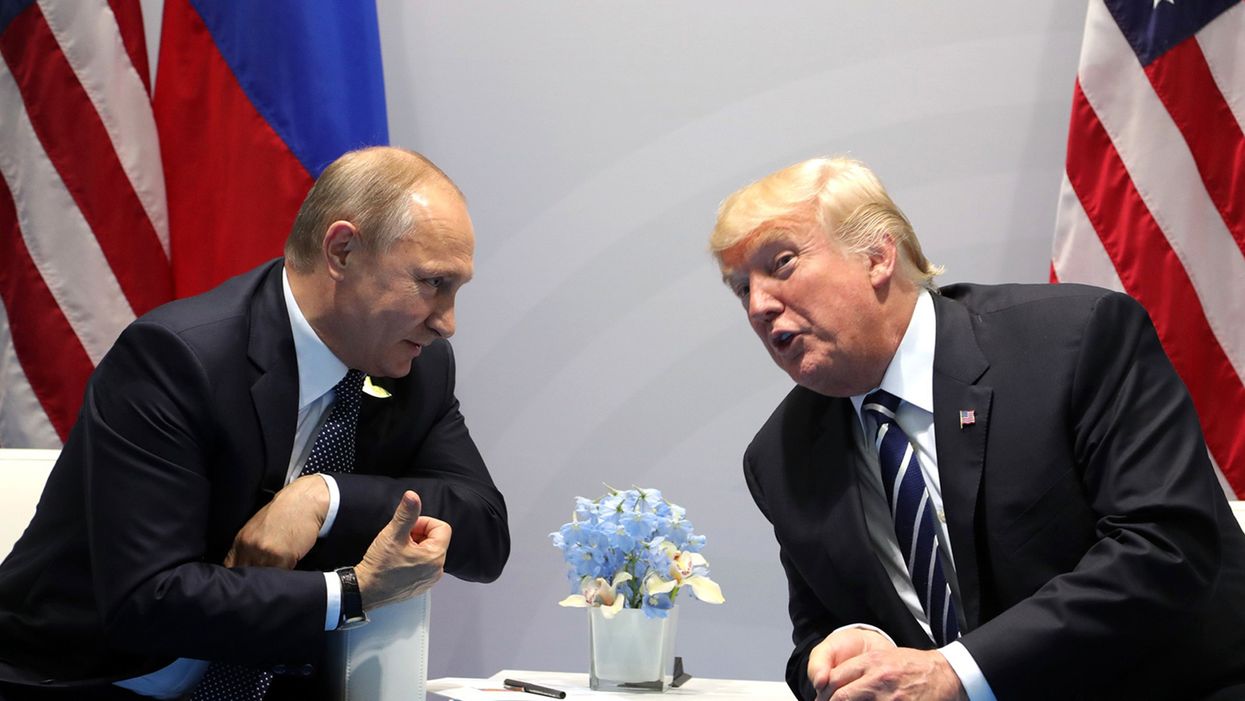 Photo via the Kremlin.
The only winner of last night's 'debate' was dictatorship and oligarchy
AlterNet Staff
October 01, 2020

The memoir titled, "Where Law Ends: Inside the Mueller Investigation" details the timeline of events that transpired just days after Mueller's office 12 Russian military intelligence officers were indicted for their alleged role in the alleged "hack and dump" leak operative carried out against Democratic National Committee and the Hillary Clinton campaign.

Despite the charges and evidence presented to support the indictments, Trump defended Putin as he insisted the president simply said that his country was not responsible.

"I have President Putin," Trump said at the time. "He just said it's not Russia I will say this: I don't see any reason why it would be."

"By this time, Trump not only had the conclusions of the original intelligence assessment, but the incontrovertible proof" from Mueller's team "to expand on and corroborate it," Weissmann wrote. "Still, Trump said, Putin 'was extremely strong and powerful in his denial,' and that was apparently enough for him."

"It was like they'd built up a mountain of incriminating evidence only to watch the prosecutor suddenly decide to call off the case and go home, just because the defendant said he wasn't guilty," Weissman added.

Weissmann continued, "The scene in Helsinki should have been stunning to the average American viewer, but for those within our office who'd poured energy into pinning down these facts, it was profoundly alarming. Here was our own president kowtowing to Putin, denying the election interference he had perpetrated on our nation and siding with a bloody dictator over a bipartisan consensus in the Senate and the nonpartisan conclusions of the IC that Putin had attacked our democracy."

Weissman's memoir, "Where Law Ends: Inside the Mueller Investigation" was released on Tuesday, September 29.