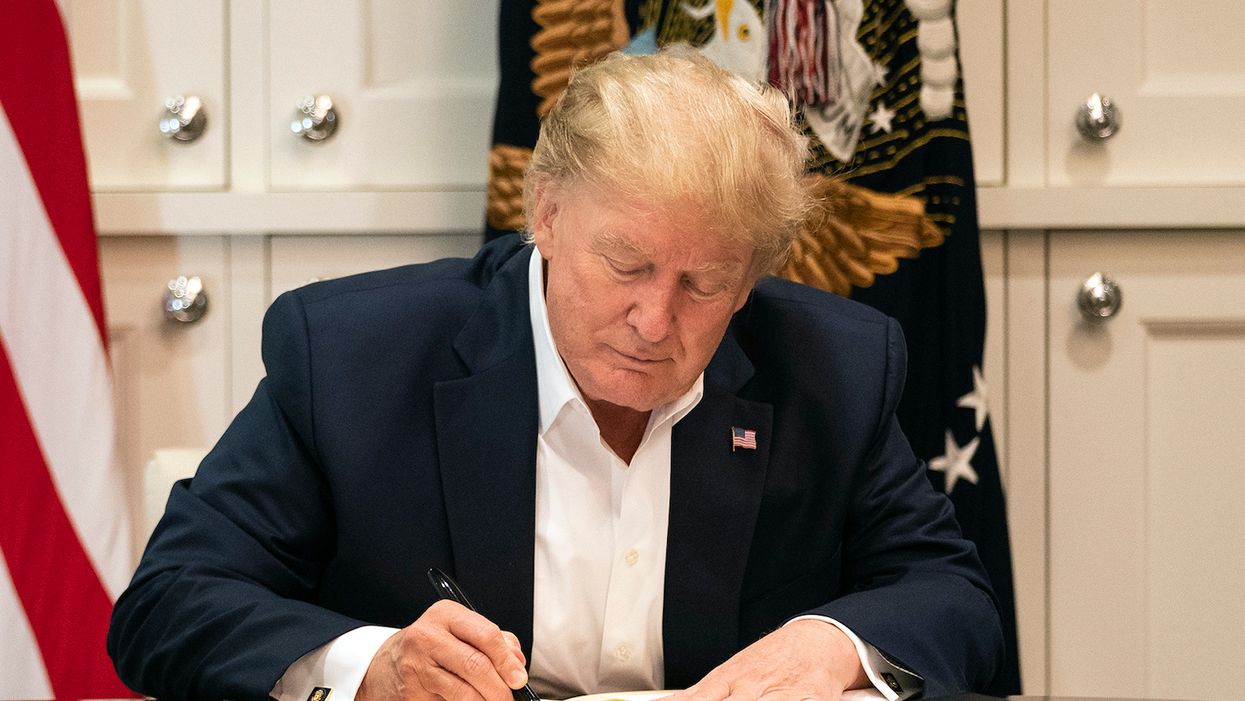 On Monday afternoon, President Donald Trump sent a remarkably dangerous tweet announcing that he'll be leaving Walter Reed Medical Center later in the day after being admitted for COVID-19.

"I will be leaving the great Walter Reed Medical Center today at 6:30 P.M.," he said.

"Feeling really good!" he said. "Don't be afraid of Covid. Don't let it dominate your life. We have developed, under the Trump Administration, some really great drugs & knowledge. I feel better than I did 20 years ago!"

In case anyone needs a reminder, COVID-19 has already killed more than 210,000 people in the United States and 1 million people globally since the beginning of this year. This entirely new health threat is on pace to be the third most common cause of death in the United States this year, and its spread and severity has been sharply curtailed by the extensive and costly mitigation efforts the country has had to endure. It also can cause long-lasting and debilitating effects in individuals who survive it, and it can incapacitate people for weeks on end.

Now, even as many states are seeing record increases of infection, Trump is trying to undo so much of the work that has been done to warn people about the virus. It's likely to encourage his supporters to behave more recklessly and could arguably be his single-most dangerous tweet yet.

There's something particularly pernicious about his talk of the "really great drugs" he received while undergoing top-tier treatment that no one else in the country would get. Much of the country is still without health insurance, despite his promises to overhaul health care. And even if the treatments — many of the experimental and only marginally effective — were as good as he said, one of the dangers if people stop taking precautions around COVID-19 is that it will spread so quickly that health care systems will be overwhelmed. Under that scenario, which took hold in New York City in the spring, it may not matter much if existing treatments are effective as long as the hospitals are too burdened to administer them to everyone.

And of course, Trump may be acting extremely recklessly with his own health. As far as we can tell, he was only recently diagnosed with COVID-19, and many patients face their worst symptoms about seven to 10 days into the disease's course. Before then, they can often experience ups and downs. Reports suggest he is desperate to leave the hospital, perhaps for political reasons, so he may be acting against the best medical advice.

Medical professionals weighed in with dismay at the president's tweet:

@realDonaldTrump It’s beyond irresponsible for the President of the United States to use his one experience with CO… https://t.co/uGMNoBPALd
— Eugene Gu, MD (@Eugene Gu, MD)1601923395.0

In the hundreds of #COVID19 patients I have taken care of, plus the multitudes of healthcare providers I have worke… https://t.co/SpRKWumXqA
— Dr. Comilla (@Dr. Comilla)1601923391.0