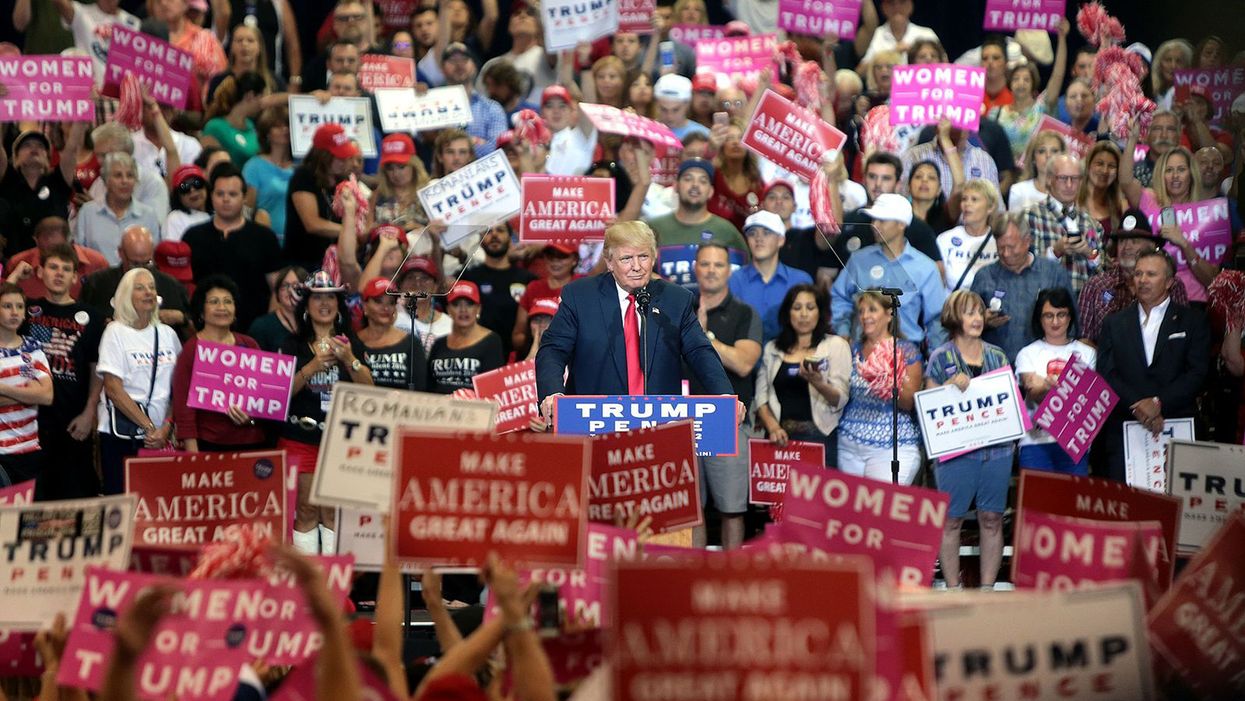 During a MAGA rally in Johnstown, Pennsylvania on Tuesday night, President Donald Trump declared, "Suburban women, will you please like me? I saved your damn neighborhood, OK?" Trump, in many tweets, has referenced "suburban housewives" and insisted that former Vice President Joe Biden will ruin the quality of life in suburbia if he wins the presidential election on November 3. But journalist Tim Alberta, this week in an article for Politico, emphasizes that Trump continues to struggle with suburban women and points to Michigan as a prime example.

Alberta reports that in three Rust Belt states Trump "improbably won" in 2016 — Michigan, Pennsylvania and Wisconsin — Biden has the advantage among female voters in suburbia. In Michigan, Alberta explains, "The simplest explanation for the president's trouble…. is that he's continuing to hemorrhage support from white, college-educated women in the suburbs of Detroit."

Alberta cites Jessica Morschakov, a voter in Brighton, Michigan (a Detroit suburb) as a prime example of how badly Trump's reelection campaign is suffering among suburban women.

"Honestly, all the moms I know — we are really nervous about our kids, what kind of future they're going to have," Morschakov told Politico. "And Trump is the one making us nervous. He's just so angry all the time. I really believe that he brings out the worst in people, the worst in situations."

Trumpism, according to Alberta, is hurting GOP candidates even in suburban areas of Michigan that have leaned Republican — and he notes that Democratic Rep. Elissa Slotkin, who flipped a GOP-held seat in Michigan in 2018, is "cruising toward reelection."

"According to her campaign's most recent internal poll, (Slotkin is) an eye-popping 35 points above water, in terms of net favorability, with college-educated white women," Alberta observes. "This came as a shock to Slotkin, a veteran national security official, who was worried that Trump's law-and-order message was going to scare women away from voting for Democrats this fall. But what her polling revealed — consistent with surveys done elsewhere in the state — is that Trump's messaging has backfired."

Although Alberta's article is mainly about Michigan, his points are certainly applicable in other states. And the Politico reporter stresses that Morschakov is not an anomaly: she is typical of all the suburban women who don't want to see Trump reelected.

"As white suburban women go, so goes (Michigan's) 16 electoral votes," Alberta explains. "And with the clock ticking down toward Election Day — not to mention, many thousands of votes being cast absentee already — it's gotten harder and harder to see how Trump stops the bleeding with this one vital voting bloc."

US military is up to something in South America