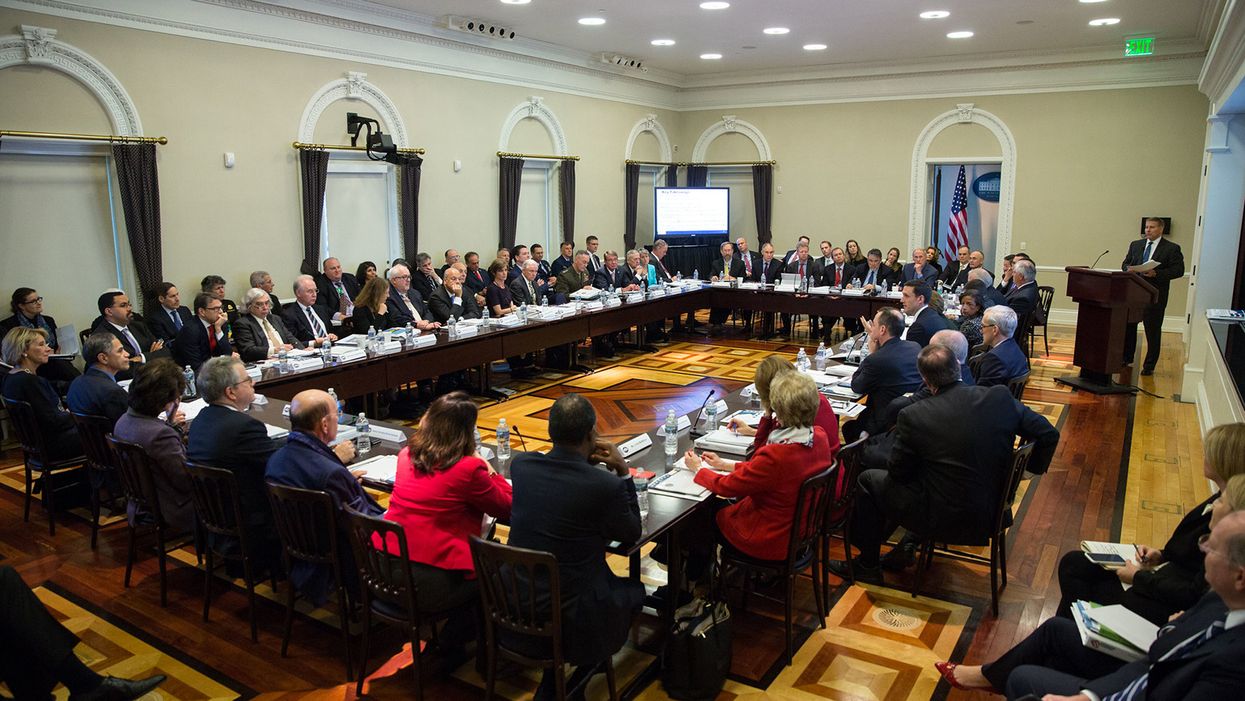 With the 2020 presidential election only a week away, President Donald Trump continues to brag that he single-handedly turned the U.S. economy around after taking office in January 2017. But journalist Rebecca Carballo, in a report for the Houston Chronicle, stresses that according to economists, Trump inherited an economy that was already in recovery when he took office.

"Despite Trump's claims of an economic renaissance under his administration," Carballo explains, "data show the pre-pandemic economy growing along trends established during the second term of former President Barack Obama. The coronavirus, however, disrupted those trends, reshaping the debate not only over who should get credit for the earlier boom, but also, how to respond to unprecedented hardships created by the pandemic and manage what economists say could be a long, difficult recovery."

Obama took office in January 2009 during the Great Recession, which was the worst economic crisis since the Great Depression of the 1930s. Economically, 2009 and 2010 were brutal. Unemployment in the United States reached 10% in December 2009 but decreased considerably during Obama's second term. In December 2016, Obama's last full month in office, the Bureau of Labor Statistics' official unemployment rate was 4.7%.

In other words, Trump's claim that his presidency alone created a "booming" economy is bogus. The president who oversaw the United States' recovery from the Great Recession was Obama, not Trump — although unemployment continued to decrease in 2018 and 2019 before soaring in 2020 because of the coronavirus pandemic.

"Trump's argument for another term has focused on the three years of prosperity before COVID-19," Carballo notes. "But even Trump's favorite indicator — the stock market — shows the economy's performance during the Trump Administration is similar to Obama's second term. The Dow Jones industrial average gained 45% during Obama's last four years, compared to 50% under Trump when the market peaked in February and 44% as of Friday's close."