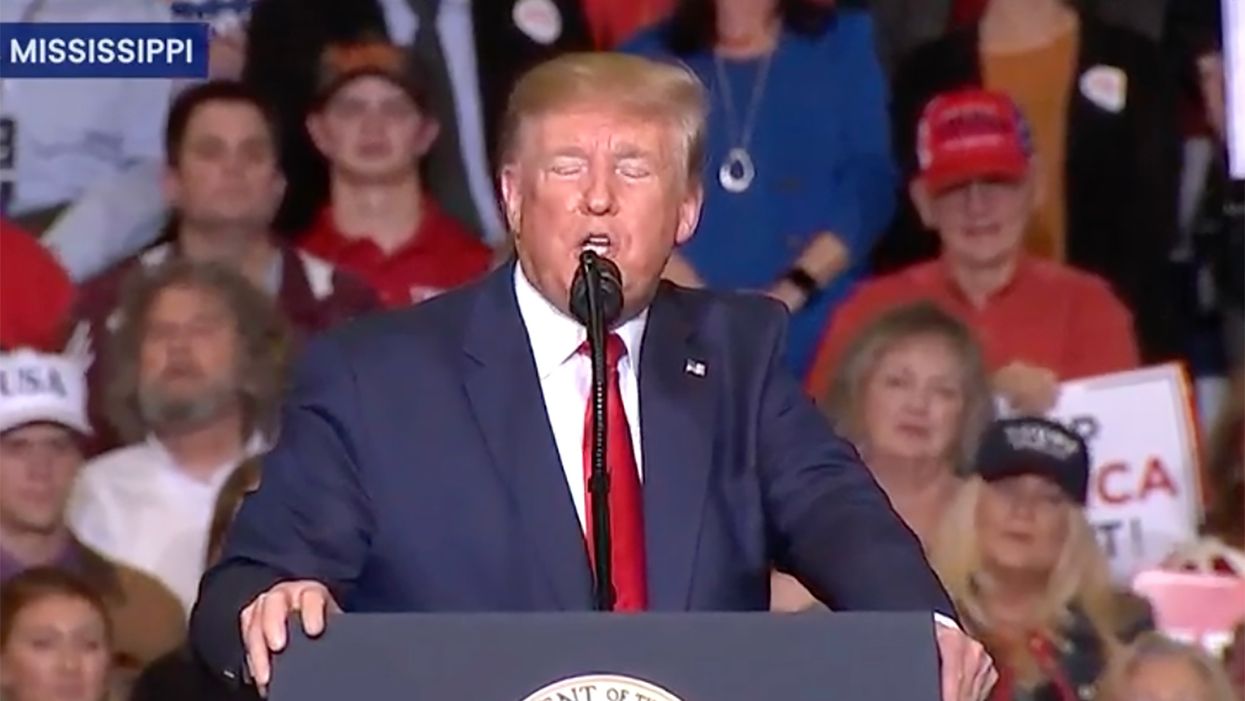 Throughout his nearly four years as president, Donald Trump has made a plethora of promises that he failed to keep. Out of more than 100 promises to the American people, he accomplished only 25 of them in whole and 21 in part. From highways to health care, here are five commitments that Trump never fulfilled:

Candidate Trump promised a massive infrastructure program. He endorsed a $1 trillion plan by Peter Navarro, a University of California Irvine economist who became his top trade adviser, that would rebuild decaying roads across the country. No concrete has been poured; no real action has been taken.

The need is obvious to anyone who has paid for wheel alignment after hitting a pothole or worse. The quadrennial Infrastructure Report Card, last issued in 2017, puts America's grade on the quality and safety of our public furniture at D+. The cost of not acting is estimated at $9.33 per person per day—more than $3,400 a year for a family of four.

These five examples are the tip of an iceberg, yet they represent the wide gamut of promises that Trump did not and in some cases didn't even try to keep.

The most Trump has done was to issue a 2017 presidential order that would "reduce the time needed to obtain permits for infrastructure projects," according to a Trump campaign spokesman.

Trump says he understands the importance of infrastructure and the political upside in improving it. "It really could be a beautiful bipartisan type of situation," he said in a 2018 interview. Yet he hasn't assembled a bipartisan coalition to fulfill his campaign promises.

During his 2016 presidential campaign, Trump endorsed the idea of paid maternity leave for all American workers. Today, only federal employees enjoy this guarantee.

Furthermore, its current state is highly limited. The legislation borrows funds from the employee's future government benefits, lowering the amount they will have access to in later life.

Unfortunately, even this much has not yet been made available to non-federal employees. According to PolitiFact, "Federal data shows that only between 12% and 25% of the overall civilian workforce had paid parental leave in 2018. The remainder were not helped by the law Trump signed."

Despite Trump's pro-business remarks, he has been wholly unable to produce a large increase in U.S. manufacturing jobs. From January 2017 to May 2020, the growth rate of U.S. manufacturing jobs only matched what Barack Obama had done in prior years, according to the Bureau of Labor Statistics, rather than increasing as Trump predicted. In addition, U.S. gross manufacturing output grew minimally between April 2017 and October 2019.

This is compounded by the president's inability to fulfill the large job-saving actions he often promotes, such as in December 2016 with Carrier's Indiana oven-making factory jobs slated to go to Mexico. Trump advertised an announcement from Carrier stating that it would retain around 800 jobs in Indianapolis. What actually happened is that 632 jobs were cut entirely while a second Indianapolis plant was shuttered, and another 738 workers were sacked.

On top of this was Trump's failure with Foxconn, the Taiwanese electronic components firm. He attended a June 2018 groundbreaking ceremony in Wisconsin for a promised $10 billion manufacturing hub that would create 13,000 jobs. To this day, Foxconn spent only approximately $300 million and employed nearly 520 people, resulting in the Wisconsin government denying Foxconn state tax subsidies it was promised.

From the launch of his campaign more than five years ago, Trump has promised to replace Obamacare with a better universal healthcare solution. While that solution eluded him, he kept making more promises.

Only, it wasn't a healthcare plan. The 60 Minutes Twitter account described it as "filled with executive orders and congressional initiatives, but no comprehensive healthcare plan."

Snopes found what the book really contained: "13 executive orders and 11 other pieces of healthcare legislation enacted under Trump… passages from the Tax Cuts and Jobs Act of 2017… last month's executive order detailing Trump's vision for health care, and a slew of other documents," in addition to Trump's "second term vision" for his yet to be seen America First Healthcare Plan.

The book McEnany gave reporter Stahl was nothing more than a TV stunt.

A part of the Affordable Care Act Trump did manage to get Congress repeal was the individual-mandate penalty in December 2017, the centerpiece of the original conservative Republican plan that Obama adopted and modified. This is the only major change made to the ACA throughout Trump's term.

The administration is currently before the Supreme Court seeking to have the entire law struck down. This would end protections for pre-existing conditions and cost an estimated 20 million Americans their healthcare in the middle of the coronavirus pandemic.

One of Trump's earliest and most memorable campaign promises came from 2015 where he said, "I will build a great, great wall on our Southern border, and I will make Mexico pay for that wall. Mark my words." Five years later and that hasn't happened.

Instead of building a solid wall across the nearly 2,000 mile-long U.S.-Mexico border, Trump succeeded in building just five miles of wall and raising the number of primary barriers from 654 to 657. In addition, he replaced over 300 miles of previously built barriers with more modern steel fences.

What's more, the new steel fencing is not "impenetrable," as Trump has promised on several occasions. Mexican smuggling gangs have been quickly cutting through the modern fencing with simple and cheap reciprocating saws.

There are plenty of other unkept and half-kept promises Trump has made during and before his presidential term. These five examples are the tip of an iceberg, yet they represent the wide gamut of promises that Trump did not, and in some cases didn't even try, to keep.