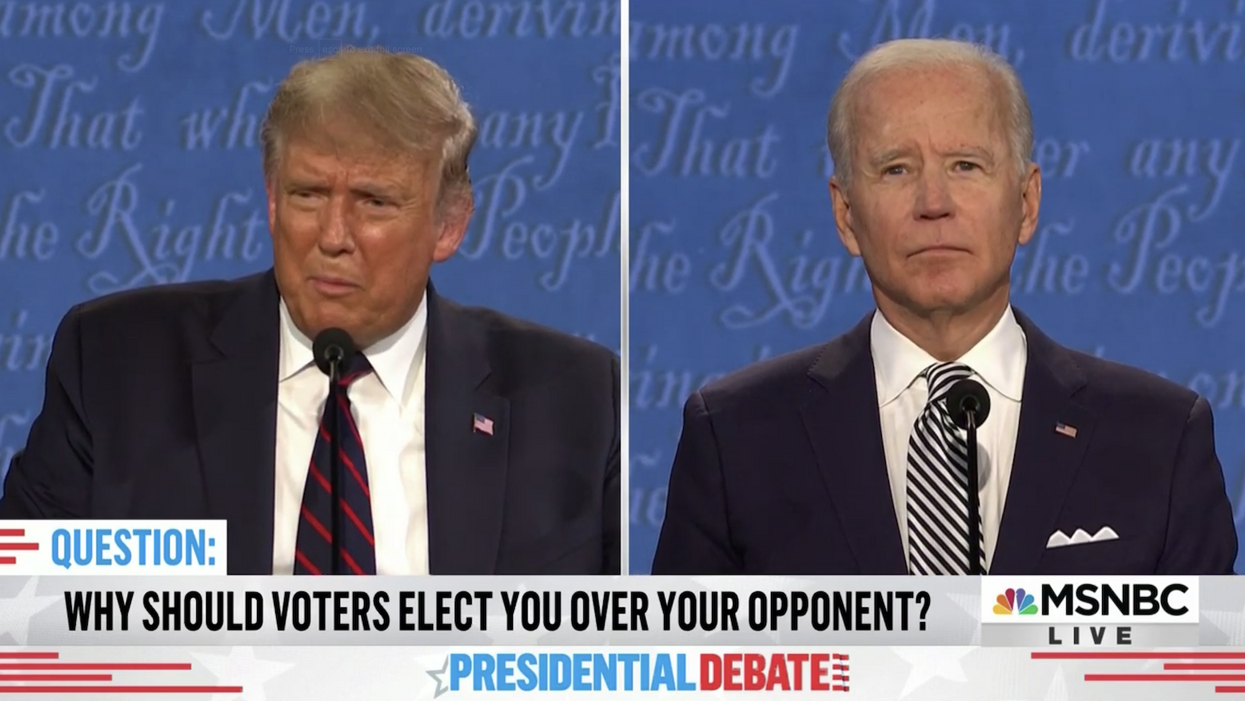 Trump pulls out of debate after organizers switch to virtual: 'I'm not going to waste my time'
Cody Fenwick
Joshua Holland
October 20, 2020

Donald Trump really doesn't want to talk about his regime's catastrophic mismanagement of the Covid-19 pandemic. He is desperate to shift the conversation to #HunterBidenghazi, and has always run against the press with as much zeal as he does against his political opponents.

So on Monday, campaign manager Bill Stepien--Trump's fifth, and the second to not be arrested--sent a scathing letter to the non-partisan Presidential Debate Commission accusing them of bias and expressing outrage that the affair would not focus on foreign policy. "We write with great concern over the announced topics for what was always billed as 'The Foreign Policy Debate' in the series of events agreed to by [the campaigns] many months ago," he wrote.

If you don't recall reading anything about the third debate focusing on foreign policy before yesterday, you are not alone. As The New York Times reports, "in some campaign years, the third presidential debate has focused on foreign policy. But the debate organizers did not announce such a plan in 2020, saying that the third debate would mirror the format of the first, with six subjects selected by the moderator."

This isn't a matter of Stepien making an assumption based on past election cycles. Every detail of these debates were exhaustively negotiated by the campaigns months ago. But in this world of post-truth politics, the campaign did not hesitate to baldly lie in order to advance their grievance-based campaign.

And while it's clichéd to draw comparisons to Orwell, the conservative media ran with the narrative and millions of Trump supporters are now convinced that the debate was always supposed to be centered on foreign policy and that the Presidential Debate Commission changed it up at the last moment in order to help Joe Biden.