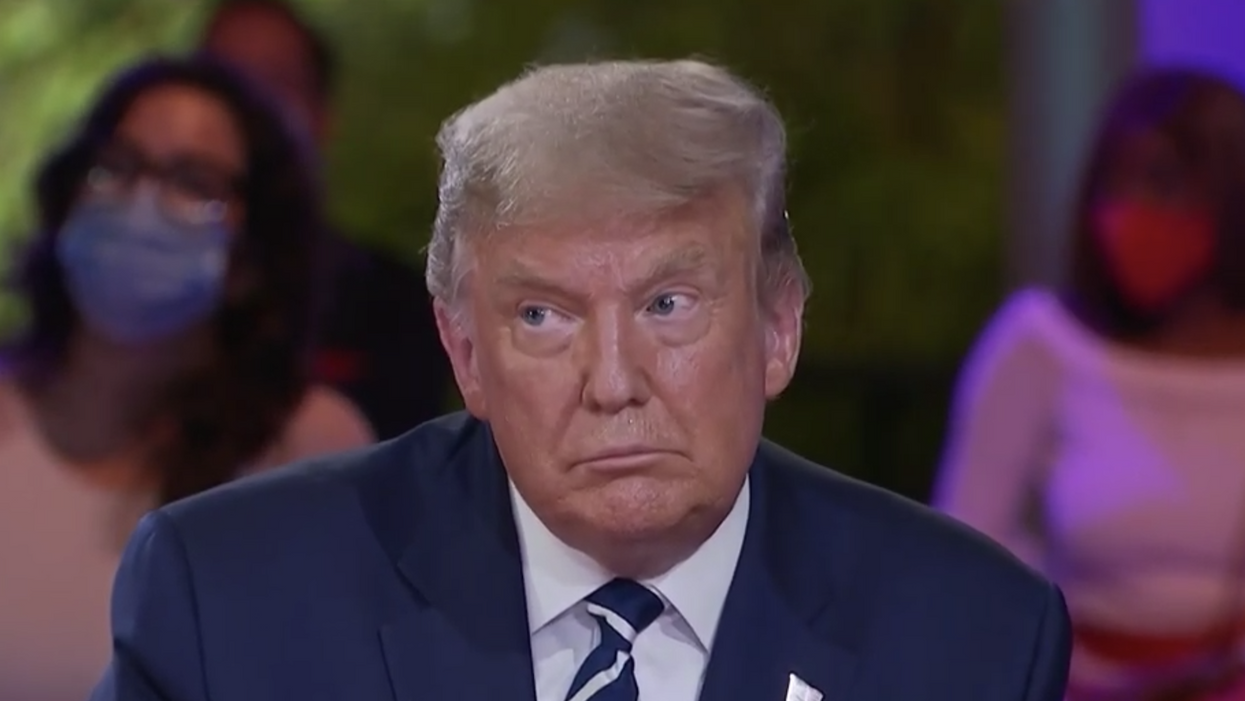 How many times can you say "I'm so sorry" without the words losing their meaning? How many times can you answer a text or an instant message or an email by typing "I'm so sorry" without becoming inured to the feeling of sorrow? Even if you manage to pause your constant grief, you're hit between the eyes with another statistic, another story. The day the coronavirus death total hit 220,000, we learned that the parents of 545 children who were separated at the border cannot be found. Can you even imagine? Can you imagine being a three-year-old child and not knowing where your mommy and daddy are? Can you imagine being a father or a mother and having no idea if you'll ever see your daughter or your son again?

We are spending so much time simply coping that we don't have the time to express to ourselves the deep sense of loss and sorrow that has been with us every day. Do you remember how you actually felt the day you saw the cell phone footage of George Floyd murdered on a street in Minneapolis by a policeman kneeling on his neck? I'm sure the image is still with you, but do you remember how you actually felt? Anger? Sadness that it had happened again, yet another unarmed Black man killed by police on a street in an American city.

You lose track of the spread of the COVID virus. Which states are the ones with the highest incidence of new infections this week? Is it Georgia and North Carolina? No, it's South Dakota, with 35 percent testing positive this week, and Idaho, with 33 percent positive. What about Montana and Wisconsin? There was something about both states being really bad, wasn't there? Well, yes, Montana is up 48 percent in new cases from two weeks ago, and Wisconsin is up 43 percent.

But the numbers just keep going up, don't they?

Yes. That's the answer, every single day. The numbers keep going up. We've now got 21 states in what they call the "red zone," which according to NPR indicates "unchecked community spread" of the disease. We've got 21 states in the "orange zone," with "escalating community spread." And we've got 8 states in the "yellow zone," where there is "potential community spread." We have zero states where the disease is "close to containment," which is how they classify the so-called "green zone." There were 81,010 new coronavirus cases on Friday, the highest number since the disease hit. Think of it. This disease has been with us for nine months, and we haven't learned a thing.

But it's not all just statistics, is it? It's sadness, deep, deep sadness at the tragedy of it all, and sadness at the individual losses, one by one as they happen. Every single one of the 223,845 deaths from coronavirus, which is the total tracked as this article was edited on Friday evening, was an unknowably tragic loss to someone, or in most cases, many someones. Mothers. Fathers. Sisters. Brothers. Husbands. Wives. Co-workers. College or high school classmates. Teachers. Neighbors. Friends. Acquaintances from the local supermarket or gas station or hardware store or school. Maybe somebody you regularly sit next to at your son's Friday night football games, or your daughter's cheer competitions. Or somebody you see a couple of times a week waiting for the subway or picking up your mail at the mailroom in the lobby.

Then there are the fires in the West, and the hurricanes along the Gulf, one, two, three of them, Hannah in Texas and Laura in Louisiana and Sally in Alabama. Laura alone caused $14 billion in damage and 77 deaths. Houses incinerated, whole neighborhoods flooded and blown away, people wandering around in the ashes and the soggy remains of fires and winds and rain, people who lost loved ones, homes, cars, businesses, everything. And still they rage, the fires now in Colorado with another month of hurricane season to come, all the destruction and death doubly tragic in the time of COVID.

You turn on the TV and you see the faces of family members of the people shot by the police, the mothers and sisters and brothers of Breonna Taylor or George Floyd or Daniel Prude, who died of asphyxiation, naked in the street, as police restrained him in a "spit hood" with a knee on his neck in the midst of a mental breakdown. You see the faces of the dead men and women in photographs taken during happy times in their lives, and you realize they weren't just statistics, another Black person dead at the hands of the police. They were real people, with real lives, and hopes and dreams and brothers and sisters and wives and lovers who cared for them and loved them deeply, and now they are gone. They won't be there on Saturday to drink beer and watch the game with the guys, they won't be a phone call away when you can't find that recipe for sausage biscuits they gave you, and you can't remember how much baking soda it calls for, or how much salt.

And then there is time, the hours and days and weeks and months we are losing to the coronavirus. Our children are losing a year out of their lives, a year they spent as an eighth-grader or a sophomore in college, a year when they didn't get the chance to stand around with their friends in the hallway of their school gossiping about who's dating who, or who got caught by their parents smoking pot in their bedroom with the window open, or whose exhaust pipes on their beater Camaro are loudest, or who's got the coolest North Face fleece jacket or hottest Lululemon yoga pants with that new cresting wave design up the sides.

We're so busy staying safe ourselves, and wearing our masks and figuring out when the Target has the fewest customers so we can safely pick up more toilet paper and shampoo and see if they've got the spray cleaner with bleach in stock that we're almost unaware of what we've lost.

And then you remember your college classmate who died from the virus, his lungs filled with fluid, struggling on a respirator in an ICU, and you remember hearing how his wife couldn't be there with him because it was too dangerous and the hospital was overrun with cases, and she couldn't see him at the morgue, they just sealed him up and put him in a coffin, and they couldn't even have a real funeral for him. His classmates couldn't come, all the guys he went to college with, and all their friends from the neighborhood, and the people he worked with, none of them could be there to say goodbye. They posted a few pictures online of the family's service at the graveside, and that was it. No celebration of his life. No remembrance of the good times we all had, those nights hanging out at the neighborhood bar, the afternoons playing pick-up touch football in the park, how he could quote Philip Larkin and Anne Sexton, whole poems from memory, how much he meant to us, how much he is missed by everyone.

Can you even imagine what it must be like for his family, for all the families out there, the hundreds of thousands of them, their grief and loss and sadness? And yet as vivid as his loss is, as profoundly as he will be missed, he is just one more death in a year of constant sorrow that is still with us and will be with us for many more months to come, so many tears, so many times you write the words, say the words, dive evermore deeply into the abyss of "I'm so sorry."

We can't be mournful enough in this plague. All we can do is go on and try to make their lives count by remembering them. We will vote and make a better world, because that is our duty, but the world will never be the same after this.