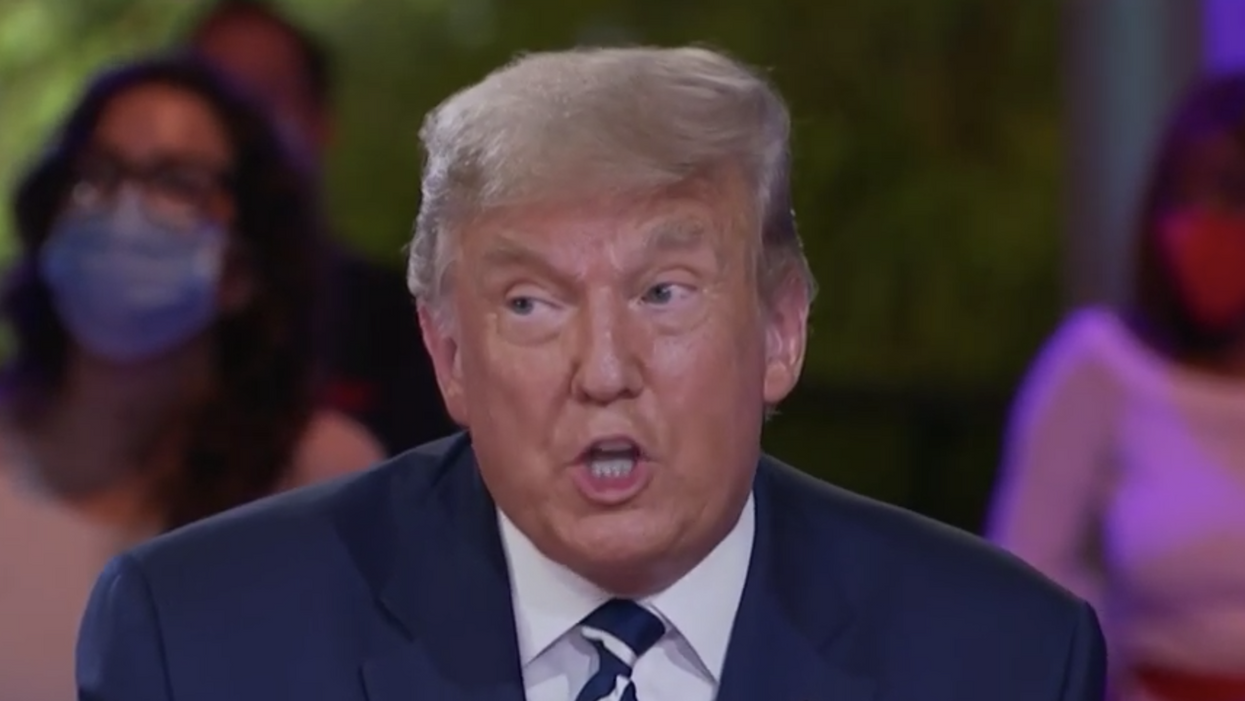 Trying to figure out what is going on in Donald Trump's head is truly an exercise in futility, and today it's just downright bonkers. Apparently Trump believes that sharing snippets of Leslie Stahl's attempt to interview him for 60 Minutes is going to show that ... she's mean and he's brilliant? Is there really no one in the White House who is willing to tell him when he has a really, really bad idea?

It's a tremendous gift to Joe Biden, though, that Trump decided to release these videos in plenty of time for them to be a factor in Thursday's debate. Especially when it comes to the Supreme Court and Obamacare. "I hope that they end it," he said. "It will be so good if they end it." Serving it up on a silver platter there. But there's more. "It'll be so good if they end it," he said, "because we will come up with a plan." Stahl: "Will?"

That's after Trump insisted that his plan "is fully developed; it's going to be announced very, very soon." It's not. Because the only thing that has ever mattered is that President Barack Obama's signature achievement be erased. There is no plan. There never will be a plan. He never meant for there to be a plan.