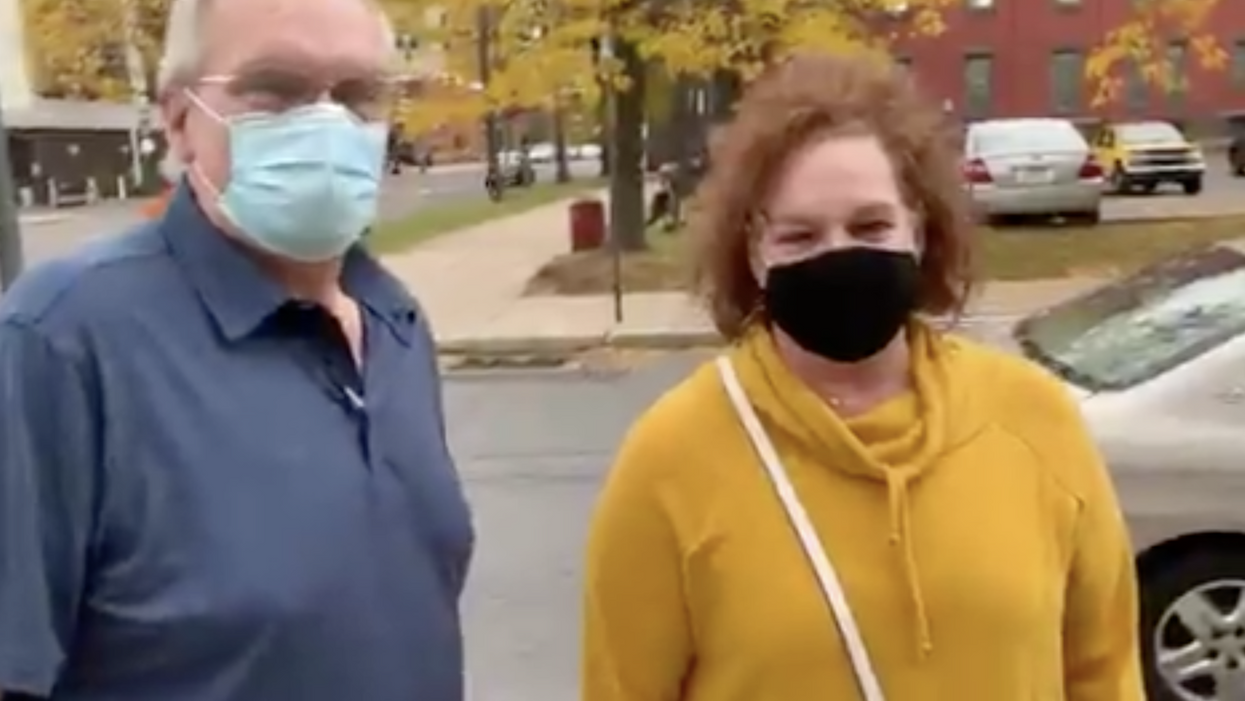 With the presidential election only two weeks away, the media will be paying close attention to what swing voters have to say. Daniel Marans, a HuffPost reporter, spoke to two swing voters in Luzerne County, Pennsylvania who favored President Donald Trump in 2016 but are voting for former Vice President Joe Biden this year — and Marans asked them why they are rejecting the president now.

Michael Scott, a chef, and food service worker Lee Kuczynski went from voting for President Barack Obama to supporting Trump four years ago. When Marans asked them why they "switched" to Biden, Kuczynski replied that Trump's handling of the coronavirus pandemic "turned me off." Kuczynski, pointing to the protective face mask she was wearing, noted that wearing a mask is one of the most important things Americans can do during the pandemic — and Trump, she lamented, "is not for it."

Another factor, Kuczynski told Marans, was "the way [Trump] talks about our military." And Scott agreed with her reasons for supporting Biden.

Marans also asked Kuczynski what she "saw in Trump the first time," and the Pennsylvania voter explained, "I felt that he was something new. He was a businessman. And if a businessman can run a business, why can't he run our government?"

But now, Kuczynski believes that voting for Trump in 2016 "was a big mistake."

Kuczynski also cited Biden's support for universal health care and protecting coverage for pre-existing conditions as one of her reasons for supporting Biden. The voter told Marans, "I'm a diabetic. I have high blood pressure. And now, I'm dealing with the coronavirus. And I pay for my health care through where I work, and it's not cheap. It's very expensive."