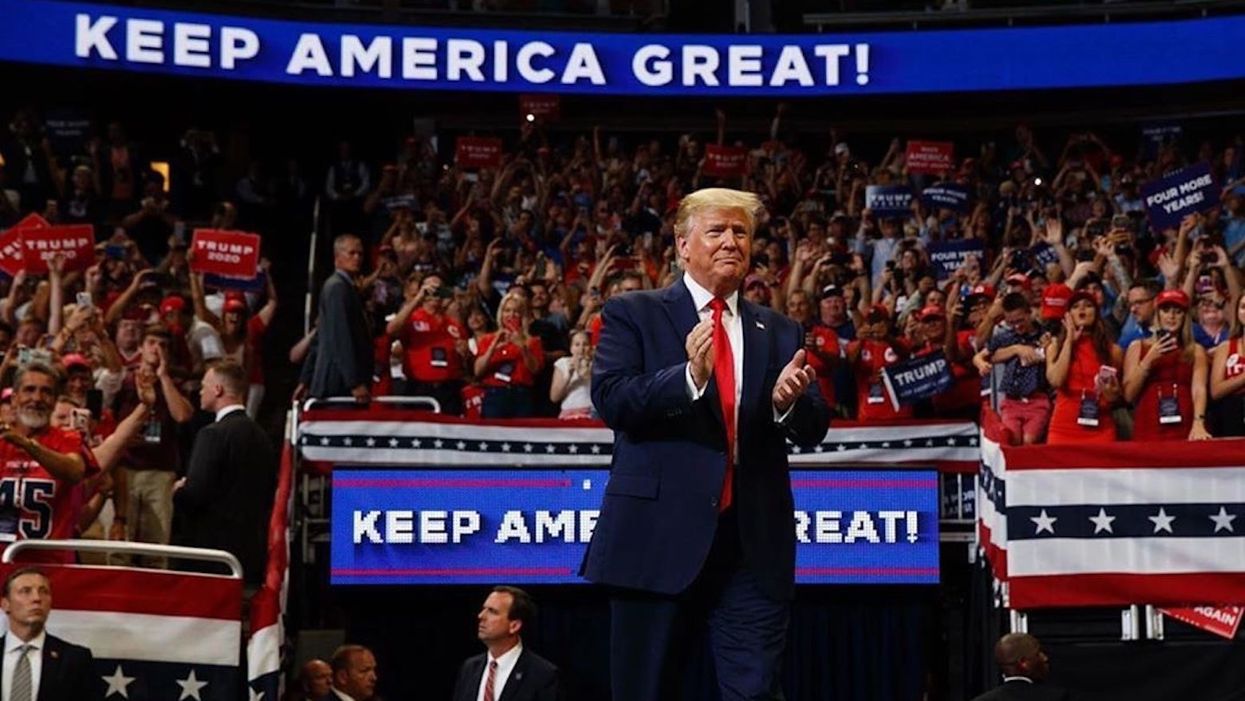 The Trump campaign knows it's in trouble, as Joe Biden is beating the incumbent president by an average of more than ten points in the polls. On Tuesday, the campaign will hold a "pride" event (in the middle of October, despite the president refusing to honor LGBTQ pride month in June.)

But, as veteran journalist and SiriusXM host Michelangelo Signorile points out, the event doesn't even mention LGBTQ people. It doesn't say "gay," it says absolutely nothing to celebrate or even acknowledge the LGBTQ community other than printing the word "pride" in rainbow colors.

He's calling it a "closeted event."

"They've not announced this anywhere, lest the religious right find out," Signorile adds. "Meanwhile, they're trying to put a woman on the Supreme Court who will destroy marriage equality."

The Trump campaign even has a "Trump Pride" page, falsely claiming "President Donald J. Trump is the only President to openly support the LGBT community since his first day in office."

"President Trump stands in solidarity with LGBT citizens by supporting and enacting policies and initiatives that protect the wellbeing and prosperity of all gay, lesbian, bisexual, and transgender Americans."

"TRUMP PRIDE is a diverse coalition dedicated to re-electing President Trump, the first President to begin his presidency in support of marriage equality. Through his bold plan to end the HIV epidemic to his global campaign to decriminalize homosexuality in the 69 nations where it is illegal, President Trump has proven himself to be a strong advocate for the LGBT community both at home and abroad."

Trump, when asked about the "global campaign to decriminalize homosexuality" admitted he had never heard of it. "I don't know which report you're talking about," he told reporters when asked.