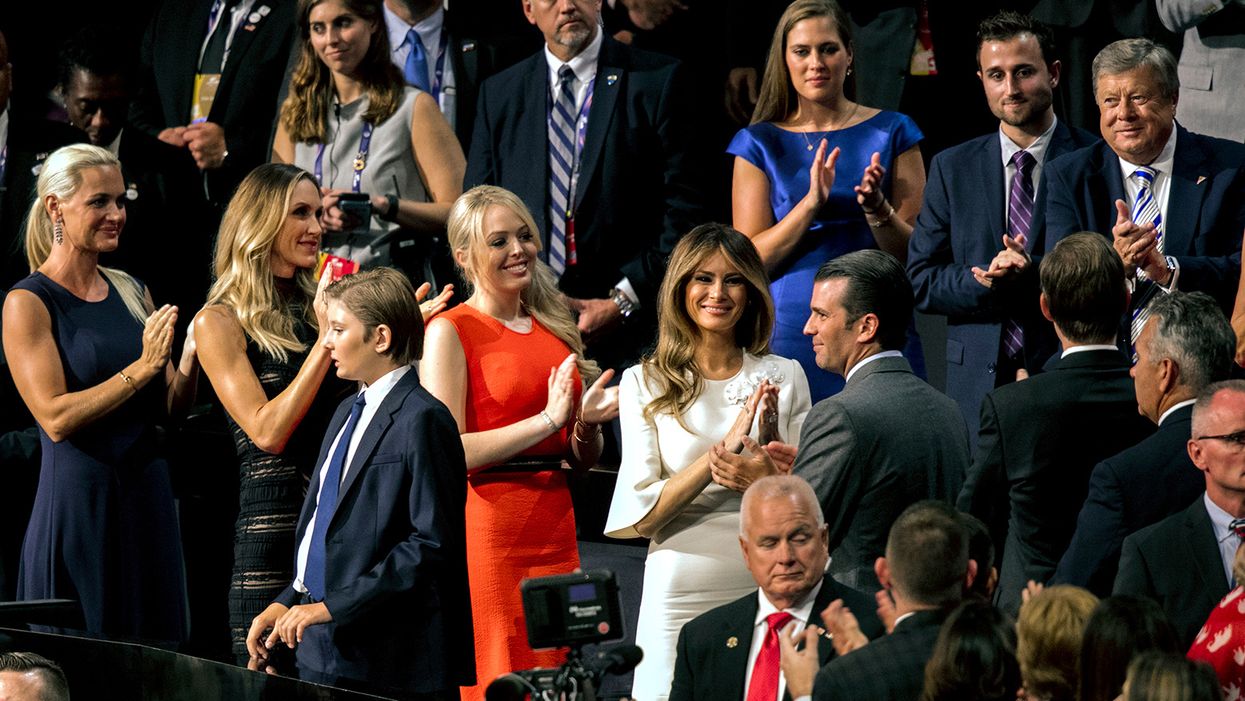 The U.S. Secret Service is not only responsible for protecting President Donald Trump, but also, members of his family. Washington Post reporters David A. Fahrenthold, Joshua Partlow and Carol D. Leonnig, in an article published this week, examine the Secret Service-related expenses that have been generated by Trump's children during their travels — and how profitable those expenses have been for the Trump Organization.

"On trips like these, Secret Service agents were there to protect Trump's children," Fahrenthold, Partlow and Leonnig explain. "But for the Trump family business, their visits also brought a hidden side benefit: money. That's because when Trump's adult children visited Trump properties, Trump's company charged the Secret Service for agents to come along. The president's company billed the U.S. government hundreds or thousands of dollars for rooms agents used on each trip, as the agency sometimes booked multiple rooms or a multi-room rental cottage on the property."

The Post reporters note that according to Secret Service records the publication has obtained and examined, "Trump's adult children and their families have caused the U.S. government to spend at least $238,000 at Trump properties so far…. The Trump Organization's decision to charge for the agents' rooms created a situation in which — just by traveling — Trump's children could bring taxpayer money to their family's business. That, ethics experts said, could create the appearance that Trump family members were exploiting their publicly funded protection for private financial gain."

Scott Amey of the watchdog group Project on Government Oversight told the Post, "Morally speaking, do they want to profit (from the fact) that their father's in the White House? They could very easily reimburse those expenses so the federal government and the taxpayer are not on the hook for that tab."

Fahrenthold, Partlow and Leonnig point out that because the Trump Organization and the Trump White House refuses to say "how much the government has paid to Trump's business in total since he took office," the Post "has compiled its own accounting, one receipt a time, using public-records requests and a lawsuit."

"After the release of new records last month," the Post journalists note, "that total now stands at $1.2 million — most of which is related to Trump's own travel, which includes more than 270 visits to his properties, according to the Post tally. Previously, records obtained by the watchdog group Citizens for Responsibility and Ethics in Washington showed that agents had accompanied members of the Trump family on thousands of trips since the president took office."

According to the Post journalists, the president's youngest daughter, 26-year-old Tiffany Trump, doesn't appear in those Secret Service records as often as her siblings.

"Among Trump's four adult children, the youngest — Tiffany Trump — appears just once in the Secret Service records obtained by the Post," Fahrenthold, Partlow and Leonnig explain. "She accompanied her older brothers to the grand opening of the Trump hotel in Vancouver in 2017. Their combined Secret Service details required 56 rooms, and the Trump hotel charged the government $14,900."