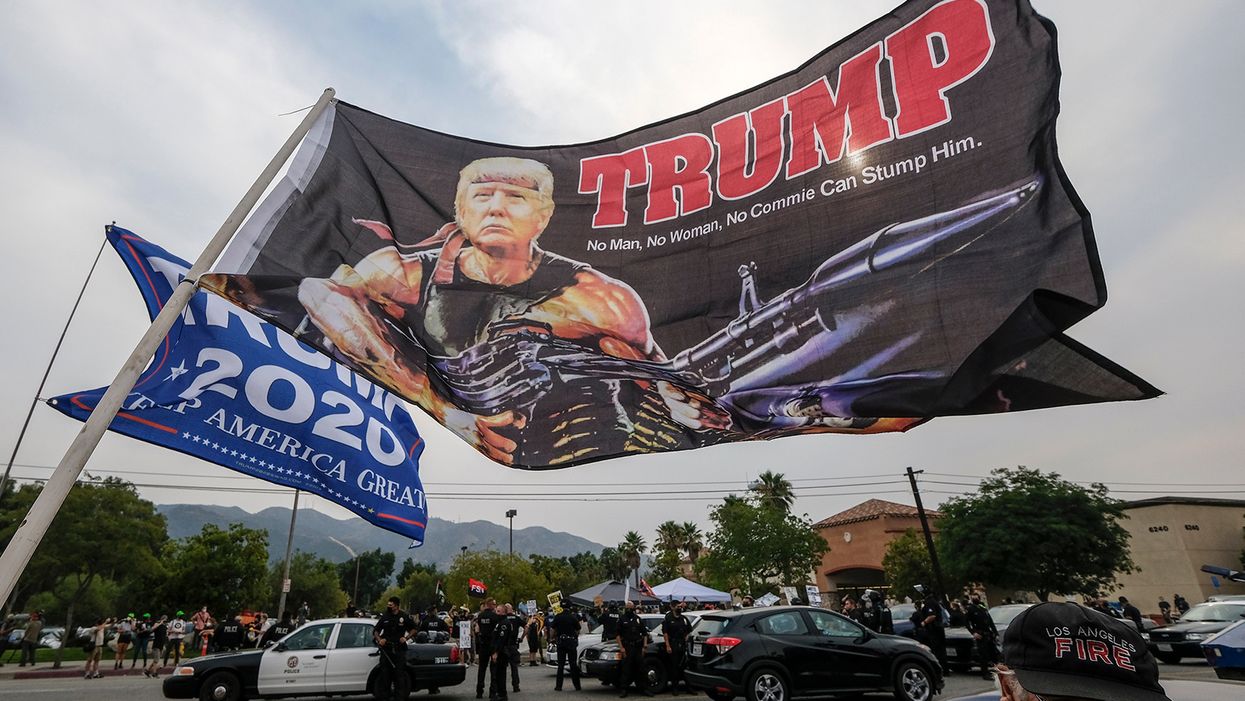 President Donald Trump has tapped into a wellspring of authoritarianism running beneath the American electorate, according to a new book, and those voters aren't going away if he loses.

"[Many Trump supporters] are submissive, fearful, and longing for a mighty leader who will protect them from life's threats," the authors write. "They divide the world into friend and foe, with the latter greatly outnumbering the former."

The authors measure authoritarianism using the right-wing authoritarian (RWA) scale Altemeyer developed in the early 1980s, which identifies authoritarian tendencies on a sliding scale, and surveyed 990 American voters in fall 2019 with help from the Monmouth University Polling Institute.

"They found a striking linear relationship between support for Trump and an authoritarian mind-set," the Post reported. "The stronger a person supported Trump, the higher he or she scored on the RWA scale. People saying they strongly disapproved of Trump, for instance, had an average RWA score of 54. Those indicating complete support of the president, on the other hand, had an average score of 119, more than twice as authoritarian as Trump opponents."

Many experts from a variety of fields agree that Trump displays authoritarian tendencies and poses a threat to U.S. democracy, but he needs his supporters to impose his will on American institutions and traditions.

"Even if Donald Trump disappeared tomorrow," Altemeyer and Dean write, "the millions of people who made him president would be ready to make someone else similar president instead."