Struggling Wisconsin voters are unimpressed with Trump bragging about the economy 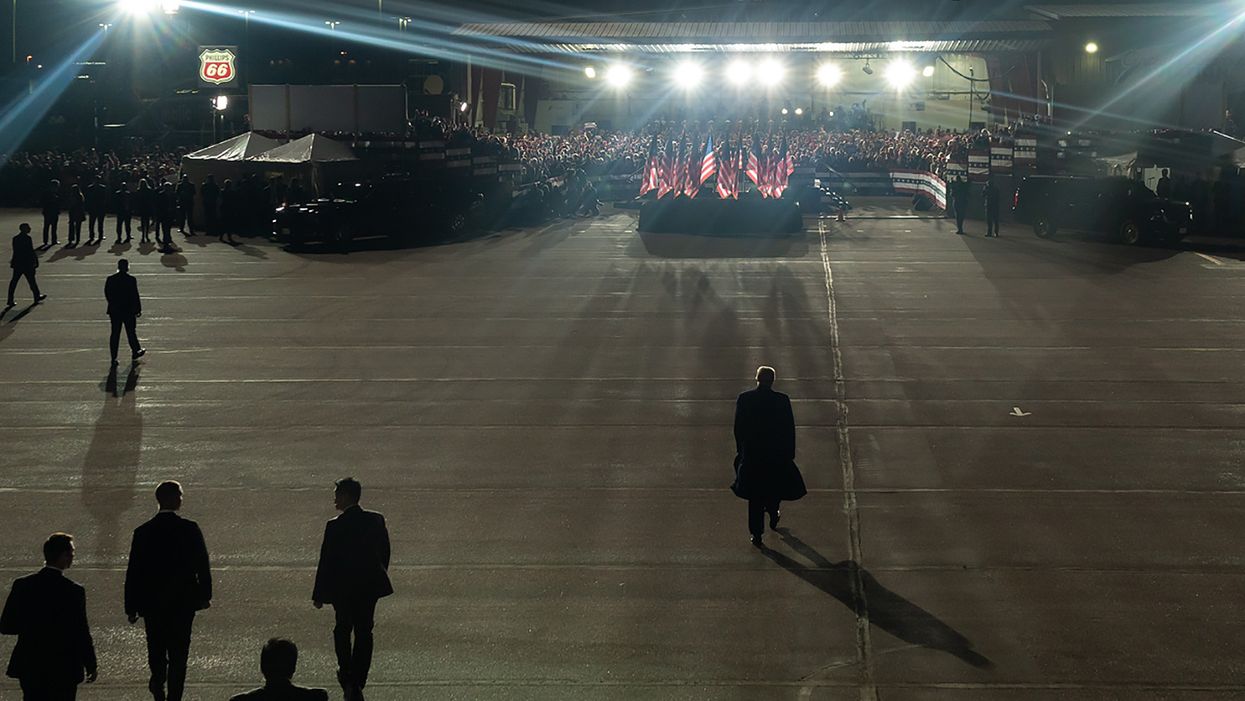 In 2016, President Donald Trump became the first Republican presidential candidate to carry Wisconsin since Ronald Reagan in 1984. But four years later, many polls are showing Trump struggling in the midwestern Rust Belt state. Between the coronavirus pandemic, unemployment and the state of Wisconsin's economy — journalist Dominic Rushe emphasizes in an article for The Guardian — Trump is facing an uphill climb in Wisconsin this time.

"Trump beat Clinton in Wisconsin by just 0.77% in 2016," Rushe explains. "The polls currently have Biden ahead by a clear 6.5% in the state, but in a year that feels like no other, anything can happen between now and 3 November. In this volatile environment, progressives have been making gains with voters, reflecting on the fragility of the economy Trump had hoped would re-elect him."

For many years, Wisconsin had a reputation for being a deep blue state. Former Massachusetts Gov. Michael Dukakis, a Democrat, lost the popular vote by 8% to Republican Vice President George H.W. Bush in 1988's presidential election, but he carried Wisconsin. However, Republicans gained a lot of ground in Wisconsin during the Barack Obama years, and Trump's narrow victory in Wisconsin in 2016 was a very unpleasant surprise for Democrats.

"The Republicans have been remarkably successful in their economic messaging, not least in Wisconsin," Rushe notes. "Since Ronald Reagan, the Republican Party has promulgated the idea that there is a simple formula for economic success: lower taxes, less regulation and smaller government. That message, repeated over and over for 40 years, helped Wisconsin shift from a bastion of progressive politics to a union-bashing laboratory for right-wing economic experiments led by Scott Walker, the former governor, and Paul Ryan, the former House speaker, and backed by the Koch Brothers."

But now, Rush explains, many Wisconsin residents are struggling badly.

"Until February, Trump could have confidently boasted that he had made good on his promises," Rush writes. "Unemployment had fallen to record lows in the state, manufacturing was coming back — albeit at the same, snail-paced crawl that it had under Obama. The headline figures looked good. Then came the coronavirus — a disease that is now ravaging the state and has, in its wake, exposed the fault lines beneath those headline figures."

Dana Bye, campaign director for the group The Hub Project, emphasizes that Wisconsin residents who are hurting economically are unimpressed when Trump brags about the stock market.

Bye told The Guardian, "Nationally and in Wisconsin, people look at the stock market and the jobs figures and think that's the economy. But often, their personal experiences are not reflected in those macro figures…. The pandemic has crystalized the idea that there is one economy for the rich and another for working folk."