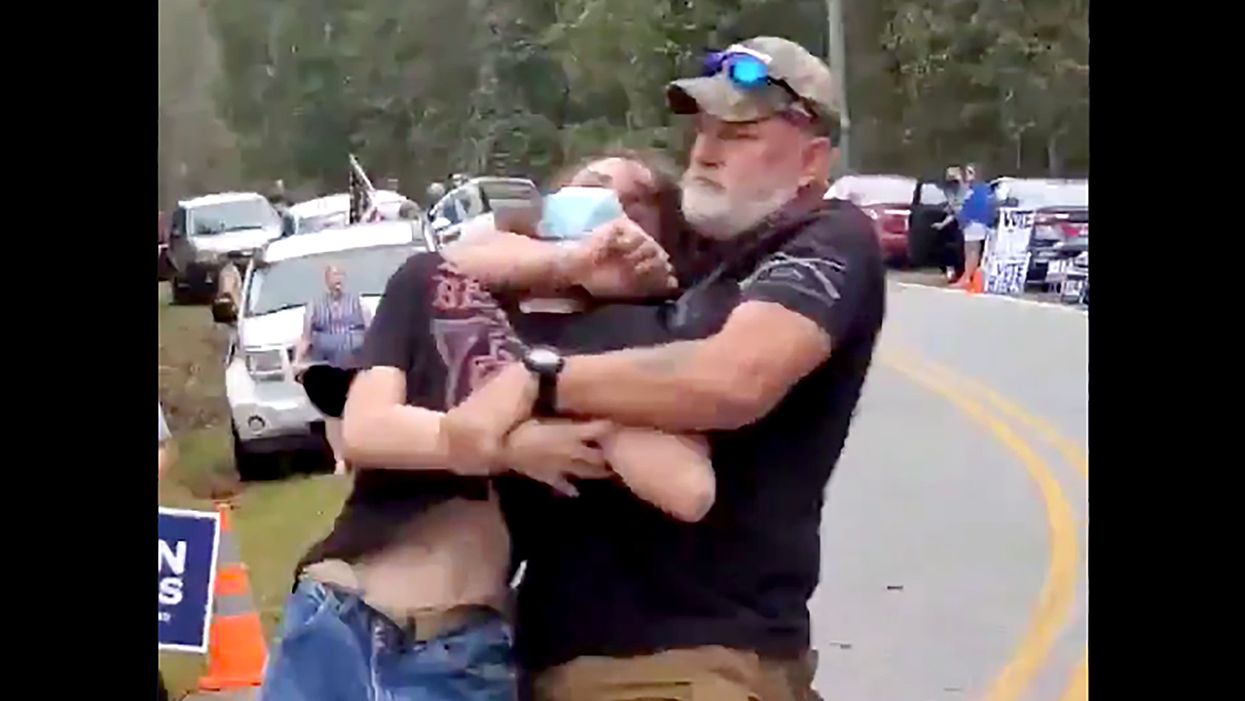 On Thursday, October 29 — with the 2020 election less than a week away — California Gov. Gavin Newsom announced that he was taking precautions to deal with possible civil unrest in his state on or after Election Night. And given how much of a powder keg the United States has been in 2020, the Democratic governor has plenty of reason to worry about unrest not only in California, but all over the country.

Newsom's announcement came during a week in which 3000 miles away on the East Coast, Philadelphia was being rocked by riots, civil unrest and looting following the fatal shooting of Walter Wallace, Jr. — a 27-year-old African-American man — by police and the discovery of a van filled with explosives that was parked several blocks from Philadelphia City Hall. And Newsom's announcement follows a disturbing series of events ranging from a white nationalist terrorist plot to kidnap and possibly murder Michigan Gov. Gretchen Whitmer to President Donald Trump expressing his solidarity with the extremist Proud Boys during his first debate with former Vice President Joe Biden in late September.

Discussing the possibility of chaos or violence on or after Election Night, Newsom told Politico, "As it relates to making sure people are safe — making sure not only the process of voting is a safe and healthy one, but keeping people safe after the election for whatever may occur — the answer is yes, we are always gaming out different scenarios and making sure that we are prepared."

Journalist Jordan Williams, reporting in The Hill on October 29, noted that Newsom was by no means the only elected official who was worried about the possibility of violence on or after Election Night. Chicago Mayor Lori Lightfoot, during a conference call on October 27, said, "We are preparing for the worst. So, what we've been doing is a lot of drilling, a lot of making sure that we break down barriers — that no one part of election security is operating in a silo. And Baltimore Police Commissioner Michael Harrison has said that his city is "planning, practicing, creating protocols to deploy our resources before, on and even after Election Day."

Trump, during his first debate with Biden, encouraged his supporters to "go into polls" and monitor them for voter fraud — and Trump's critics responded that he was encouraging voter intimidation. Harrison has said that in Baltimore, officials are prepared to "de-escalate tensions at the polls" and will not tolerate any type of voter harassment or intimidation.