Pennsylvania looking more and more like the state that will decide the election: report 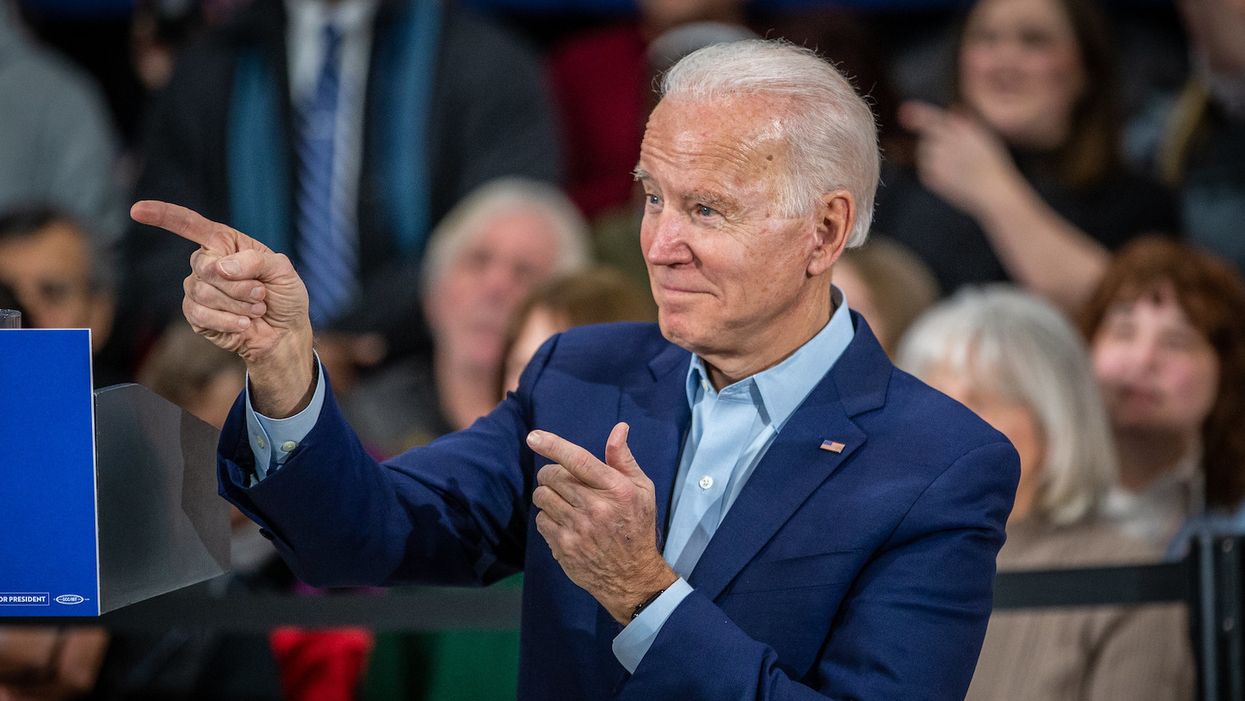 President Donald Trump, on Tuesday, is traveling to Johnstown, Pennsylvania for a MAGA rally — an event that comes only three days after former Vice President Joe Biden's campaign event in Erie County, Pennsylvania. Between now and election day, Pennsylvania is a state that both campaigns are expected to pay very close attention to. And the Philadelphia Inquirer, in an article published this week, stresses that Pennsylvania, more and more, is looking like the state that could decide the election.

Inquirer reporters Julia Terruso, Sean Collins Walsh and Jonathan Tamari explain, "The occupant of 1600 Pennsylvania Avenue increasingly looks as if it could be decided by voters in Pennsylvania towns like (Johnstown). With 21 days until Election Day, President Donald Trump and former Vice President Joe Biden — along with the TV advertising and campaign events meant to help them — are zeroing in on the state, where 20 Electoral College votes could push either one to victory."

If Biden carries every state that 2016 Democratic presidential nominee Hillary Clinton won four years ago and flips Wisconsin and Michigan, that still doesn't get him to 270 electoral votes. But add Pennsylvania in that scenario, and Biden would become the next president of the United States. Biden has paths to victory outside of the Rust Belt: Arizona, North Carolina, Florida and Georgia, according to polls, are among the 2016 Trump states that are in play for Biden this year. But Biden is looking at Pennsylvania, Michigan and Wisconsin as the Rust Belt trifecta.

Trump's campaign, the Inquirer reporters note, sent former New York City Mayor Rudy Giuliani to Pennsylvania for an "Italian-Americans for Trump" event in Philadelphia — and Biden has "ramped up his travel, aiming to focus the campaign on calling out Trump's mishandling of the pandemic and his contracting of COVID-19 as signs of the president's disregard for its seriousness. Biden visited Gettysburg, Erie and Johnstown in the last three weeks and plans to be in Philadelphia on Thursday for a televised town hall."

Biden needs a heavy voter turnout in Philly, an overwhelmingly Democratic and densely populated city that hasn't had a Republican mayor since the late Bernard Samuel left office in January 1952. But the former vice president also needs to win over as many residents of Central Pennsylvania as he can. Trump's strongest support among Pennsylvania voters is in the small towns and rural areas of Central Pennsylvania, which is the part of the state that Democratic strategist James Carville famously described as "Alabama in between" Philly and Pittsburgh.

Terruso, Walsh and Tamari note, "Priorities USA, one of the main Democratic Super PACs supporting Biden, told reporters last week that its analysis showed Trump's narrow path to reelection rides on Pennsylvania. Priorities rates Pennsylvania as the most likely 'tipping point,' the state most likely to deliver the decisive Electoral College vote that seals the election. But as polls show Biden rising and Trump struggling amid the coronavirus pandemic and his catching the virus, the Democratic group sees other routes to victory for Biden, with the former vice president viewed as competitive in states such as Florida, Arizona and Georgia."

The Inquirer reporters add that Guy Cecil, chairman of Priorities USA, recently told reporters, "We continue to see a widening of the path for Joe Biden to 270 Electoral College votes. Biden continues to shore up support, and Trump is struggling both to reconcile and to bring new voters into the fold. He is simply running out of time to turn things around."

According to Terruso, Walsh and Tamari, the Biden and Trump campaigns are both "pouring resources into Pennsylvania" — although Biden's resources are greater.

"Overall in September, the Biden campaign and pro-Biden outside groups outspent Trump and his allies by a 2-1 ratio, $31 million to $15 million, on Pennsylvania broadcast television, cable and radio, according to data from the ad tracking firm Advertising Analytics," the reporters observe. "In recent weeks, the Trump campaign has cut advertising spending in states like Wisconsin, Michigan and Ohio, and shifted resources to Pennsylvania. Even so, Biden maintains a spending advantage in the Keystone State. His campaign and allied outside groups have reserved almost $35 million in airtime in Pennsylvania from now through Election Day, compared with about $16 million booked by the Trump campaign and his allies, according to Advertising Analytics."
From Your Site Articles
Report typos and corrections to: feedback@alternet.org.