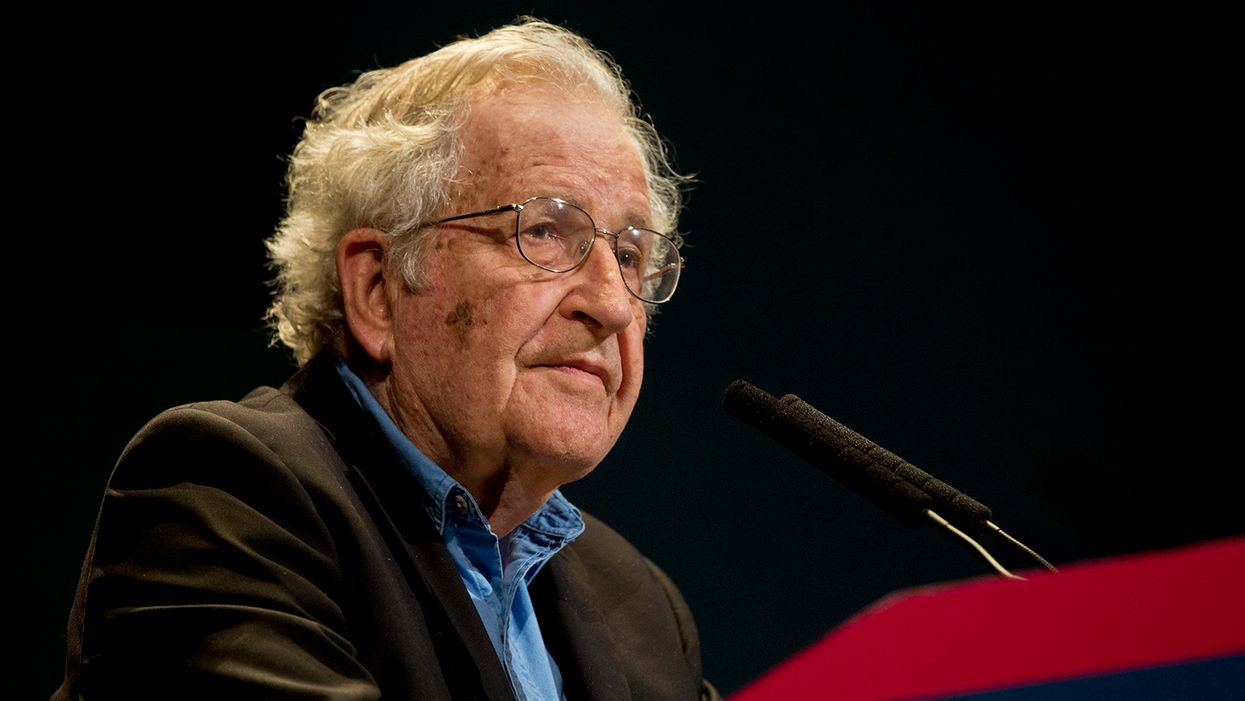 Over his decades in public life, Noam Chomsky has often been highly critical of centrist Democrats — slamming them on everything from foreign policy to economics. But in this year's presidential election, the progressive author, now 91, is passionately advocating for former Vice President Joe Biden to win. And in an interview with The New Yorker's Isaac Chotiner, Chomsky lays out some of the many reasons why he considers President Donald Trump so dangerous and is hoping fervently that Biden wins.

Chotiner explains, "When I called Chomsky, who is 91, last month for a long-scheduled interview, I had meant to discuss his career and life, and his latest book, 'Climate Crisis and the Global Green New Deal,' written with Robert Pollin and C. J. Polychroniou. But he spent most of the hour-long session railing against the Trump Administration with a vehemence that slightly surprised me. Chomsky has always been extremely pragmatic in his political analysis, diverging from some other leftists in his belief in the necessity of voting for mainstream Democrats against Republicans."

According to Chomsky, "We haven't undergone a major revolution, but the last four years are very much out of line with the history of western democracies altogether. By now, it's becoming almost outlandish. In the 350 years of parliamentary democracy, there's been nothing like what we're seeing now in Washington ... a president who has said if he doesn't like the outcome of an election, he'll simply not leave office."

Born on December 7, 1928, Chomsky has been alive since Republican Calvin Coolidge was president — and he argues, without hesitation, that Trump is by far the most dangerously authoritarian president he has seen in his lifetime. Chomsky told Chotiner that during the Trump era, he is troubled by everything from "the strategies that Republican leadership is thinking of to try and undermine the election" to Trump's fondness for authoritarian leaders like Brazilian President Jair Bolsonaro and Hungarian Prime Minister Viktor Orbán.

"The executive has been almost totally purged of any critical independent voices — nothing left but sycophants," Chomsky told Chotiner. "If they're not sufficiently loyal to the master, fire them and get someone else. A striking example recently was the firing of the inspectors general when they started looking into the incredible swamp Trump created in Washington. This kind of thing goes on and on."

Another major criticism that Chomsky has of Trump is his climate change denial and terrible environmental record. When Chomsky described Trump as "the worst criminal in human history," Chotiner pushed back — mentioning brutal dictators like Germany's Adolf Hitler, the Soviet Union's Josef Stalin and China's Mao Tse Tung. And Chomsky responded, "Stalin was a monster. Was he trying to destroy organized human life on Earth?.... (Stalin) was trying to destroy lots of lives, but not organized human life on Earth. Nor was Adolf Hitler. He was an utter monster, but not dedicating his efforts perfectly consciously to destroying the prospect for human life on Earth."

Chomsky went on to say, "I'm not talking about Trump the human being. I couldn't care less about him. I'm talking about the policies. The policies are clear; the understanding is clear. There is nobody that's not living under a rock that can't comprehend that maximizing the use of fossil fuels and eliminating the restrictions is going to lead to disaster."