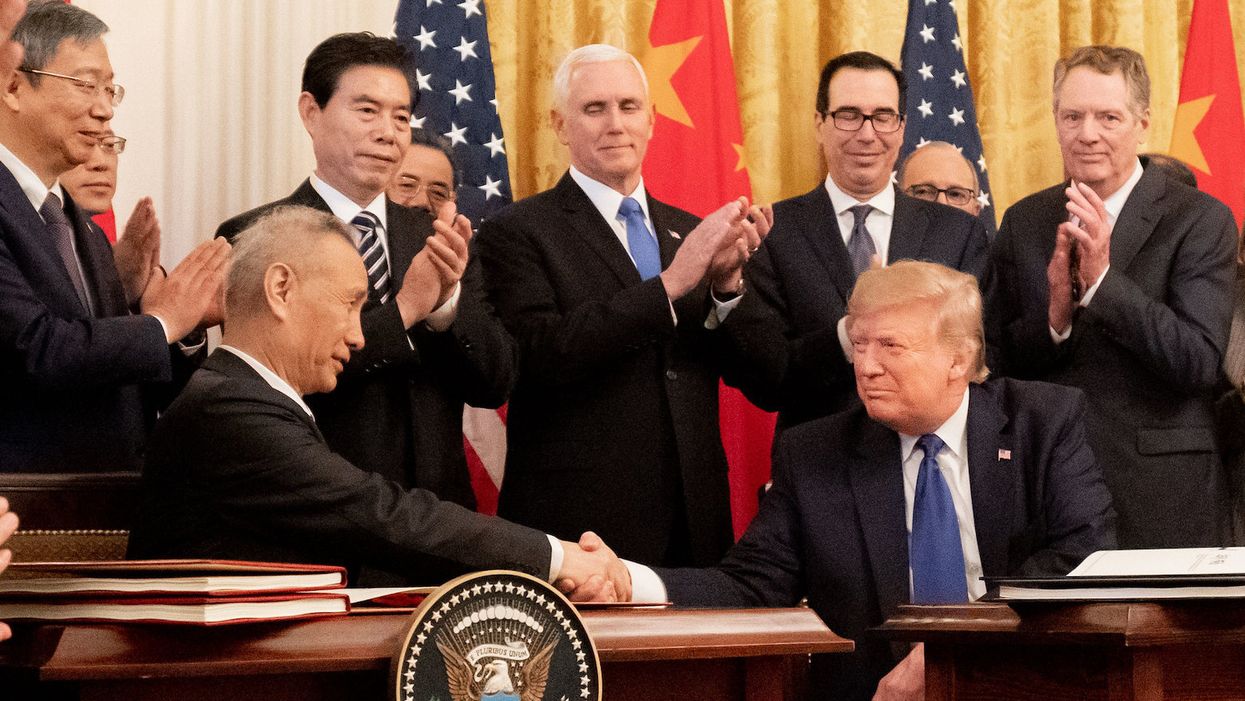 President Donald J. Trump participates in a signing ceremony of an agreement between the United States and China with Chinese Vice Premier Liu He with Wednesday, Jan. 15, 2020, in the East Room of the White House. Vice President Mike Pence attends.(Official White House Photo by D. Myles Cullen)
David Badash
and
The New Civil Rights Movement
October 21, 2020

President Donald Trump has a bank account in China which until now has been hidden from the public. The account, as first reported by The New York Times Tuesday evening, does not appear anywhere on the president's financial disclosure forms.

Trump for years attempted to claim he and President Xi of China were good friends.

"Mr. Trump's own business history is filled with overseas financial deals, and some have involved the Chinese state," the Times reveals. "He spent a decade unsuccessfully pursuing projects in China, operating an office there during his first run for president and forging a partnership with a major government-controlled company."

Trump operates his business empire as a "pass-through," which means that ultimately all profits makes their way to the president and his family.

"And it turns out that China is one of only three foreign nations — the others are Britain and Ireland — where Mr. Trump maintains a bank account, according to an analysis of the president's tax records, which were obtained by The New York Times. The foreign accounts do not show up on Mr. Trump's public financial disclosures, where he must list personal assets, because they are held under corporate names. The identities of the financial institutions are not clear."

The Times goes on to report Trump paid China in taxes from 2013 to 2015 far more than the zero taxes he paid to the U.S. government during the same years.

One of Trump's companies in China "reported an unusually large spike in revenue — some $17.5 million, more than the previous five years' combined. It was accompanied by a $15.1 million withdrawal by Mr. Trump from the company's capital account."

"Until last year, China's biggest state-controlled bank rented three floors in Trump Tower, a lucrative lease that drew accusations of a conflict of interest for the president," the Times adds.

Read the entire report at The New York Times.