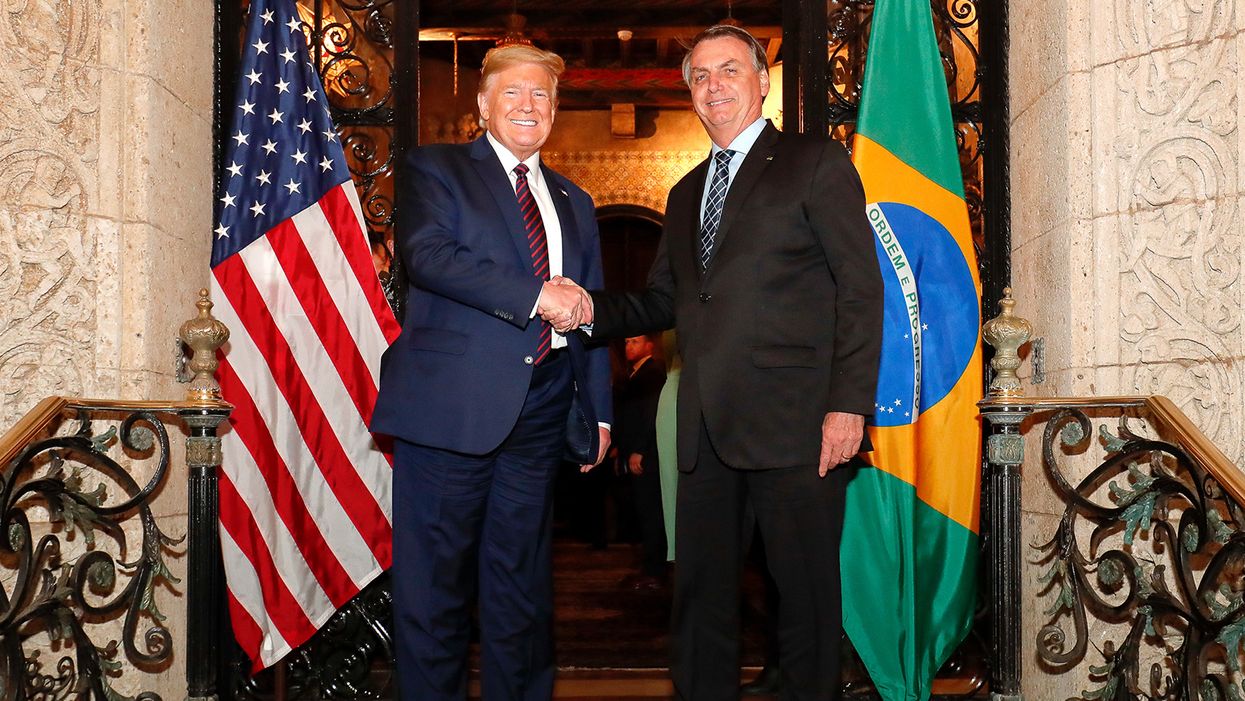 The New York Times continues its reports on Donald Trump's taxes, this time with (more) clear proof that Trump has been making money off the U.S. presidency.

The shortest possible summary of the Times' latest story is that Donald Trump Is A Crook. Not only have "customers" of Trump, in the form of lobbyists, interest groups, and foreign governments funneled roughly $12 million into Trump's pockets by booking events at Trump's properties, buying memberships into Mar-a-Lago and his other properties, and just generally hanging out at Trump's for-profit establishments with the expectation of meeting either Trump, his sons, his toadies, or his allies, but Trump has responded in kind by doing his paying customers favors that can only be fulfilled using the office of the presidency.

If you pay for a Mar-a-Lago membership, you get to meet Trump during one of his many Florida weekends and bring up ways the government could do your company or group significant favors. If you do make those requests, it's very possible that Trump will respond, reports the Times, by calling over one of his associates and telling them to get it done.

The reverse is also true. If you're seeking favors from Donald Trump, reports the Times, Donald Trump or one of his closest associates and/or family members may contact you to point out that you have been appearing an awful lot at Mar-a-Lago, for example, without ponying up for a quarter-million dollar membership—and that Donald has personally noticed that.

The Times lays out its case solidly, with examples. Those that pay into Trump's companies are frequently awarded with White House meetings, such as when he invited restaurant-owning billionaire Tilman Fertitta. After hearing Fertitta's personal request—a new pandemic relief fund for "the larger private restaurateur"—Trump turned to Treasury Secretary Steven Mnuchin with a directive: "Do the best you can" on that.

And so on, and so on. "Just 60 customers with interests at stake before the Trump administration brought his family business nearly $12 million" during Trump's first two years in office, reports the Times. "Almost all saw their interests advanced, in some fashion, by Mr. Trump or his government."

It's blatant corruption, of course. The payment of cash to the privately held businesses of a sitting president in exchange for that president personally bending government decision-making in your favor is definitively corrupt. It's not even the usual method of brazen American corruption, forking over huge "campaign" donations in an attempt to curry such favors; nope, this money is going into Donald Trump's pockets. He keeps it. Trump is making personal bank off the powers voters gave him.

Not that that's in any way surprising. Trump has proven time and time again to be completely disinterested in governing, in it solely for self-promotion and self-enrichment. His extortion of the legitimate Ukrainian government, withholding congressionally approved military aid to pressure the Ukrainian president into inventing a specific Trump-demanded campaign boost, was a near-perfect mirror to Trump's strong-arming of Mar-a-Lago supplicants to either pony up or get lost. Trump's demand that disaster relief be blocked after California fires, as well as the White House's disinterest in combatting the COVID-19 pandemic under the mistaken and psychopathic impression that the pandemic was doing the most damage in states that voted against him in the 2016 elections, show his eagerness to use the tools of government to punish those who Trump sees as personal enemies.

As usual, though, perhaps the only surprising discovery is that Trump really is an astonishingly petty crook. Corrupting the whole of U.S. government for $12 million dollars is dreadfully small-ball stuff; once again we see how Donald Trump, handed everything by his father and coming back for more, could manage to bankrupt even a casino. He's supposedly worth billions of dollars, and is handing out favors based on who has or hasn't purchased a $250,000 Mar-a-Lago membership? He's supposedly ultra-super-rich, and his idea of "using the most powerful office on Earth for self-enrichment" is wink-nod pressuring of supplicants to maybe rent out hotel rooms in his hotel when they're in town?

It's pathetic. He's corrupting the presidency for peanuts.

But he may have to, in his mind, if the Times' previous reporting on Trump's taxes is accurate. Trump is personally on the hook for almost half a billion dollars in loans coming due in the next few years, and there seems little chance "billionaire" Donald Trump can come up with that sort of money. He is, and always has been, a fraud. His claims of wealth are the words of a con artist.

Now he's up to his eyeballs in debt, yet again, and he clearly has used the presidency as he used his campaign: As publicity stunt, a personal brand boost, and nothing more. Even the presidency doesn't seem like it will pay out enough to keep Trump from going bankrupt in the near future.

He's just that bad at business. And that cheap in his ambitions. The world at his fingertips, and the man spends most of his time obsessing over how he can use it to boost golf club memberships and hotel room fees.