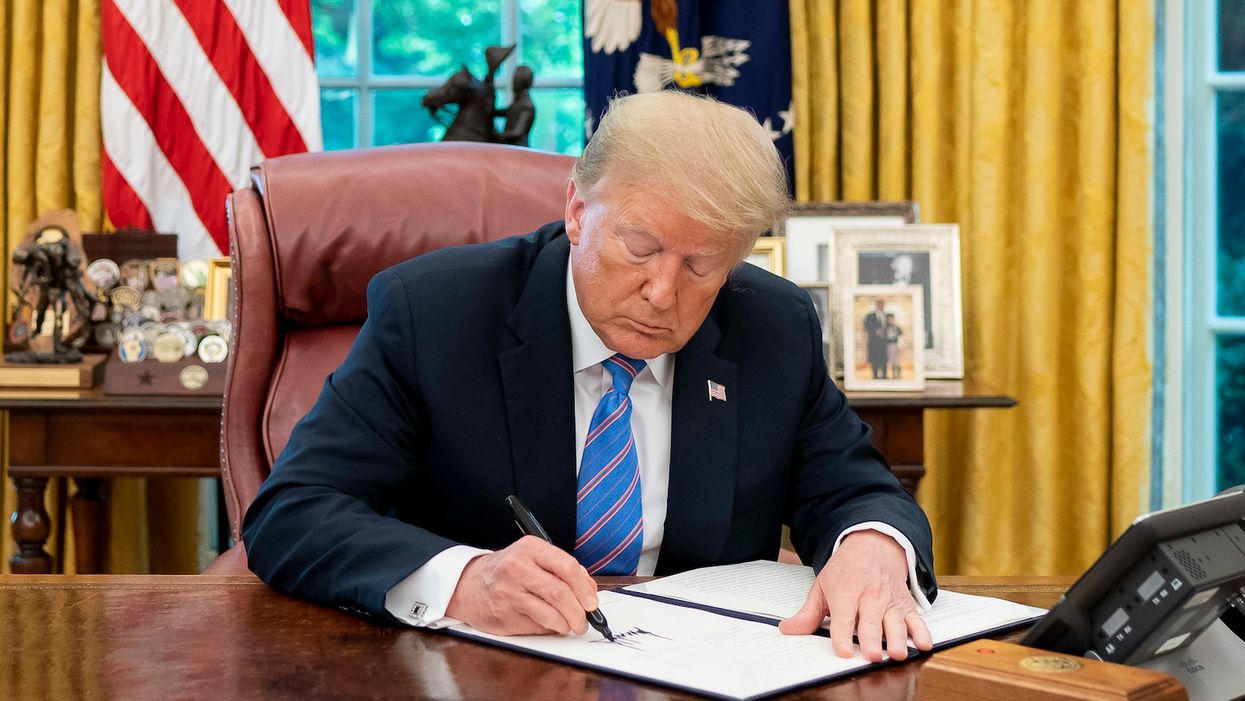 The world's most infamous terrorist, al-Qaeda leader Osama bin Laden, was killed on May 2, 2011 when a team of U.S. Navy SEALs — on orders from President Barack Obama — raided a compound in Pakistan. A baseless far-right conspiracy theory claims that bin Laden wasn't really killed that day, and a former Navy SEAL who was part of that team and witnessed bin Laden's death first hand, Robert O'Neill, is calling out President Donald Trump for promoting that claim.

On Tuesday, Trump retweeted a QAnon-linked post claiming that a bin Laden double was killed that day and that the al-Qaeda terrorist is still alive nine years later. O'Neill, in response to that post, tweeted, "Very brave men said goodby to their kids to go kill Osama bin Laden. We were given the order by President Obama. It was not a body double. Thank you Mr. President."

The QAnon-linked Twitter account, according to Politico reporter Connor O'Brien, has been suspended. O'Brien notes that although O'Brien disagreed with Trump's retweet, he is a supporter of the president.

In a subsequent tweet on Tuesday night, O'Neill sarcastically posted, "Shit. I just found out that I killed Osama bin Johnson. Drinks are on me, I guess."

This year's Democratic presidential nominee, Joe Biden, was serving as Obama's vice president during the raid that ended bin Laden's life. On September 17, Trump tweeted that Biden "opposed the mission to take out Osama bin Laden" and claimed that "if it were up to Joe…. bin Laden would still be alive." But now, Trump is retweeting nonsense claims that bin Laden wasn't really killed in the first place.