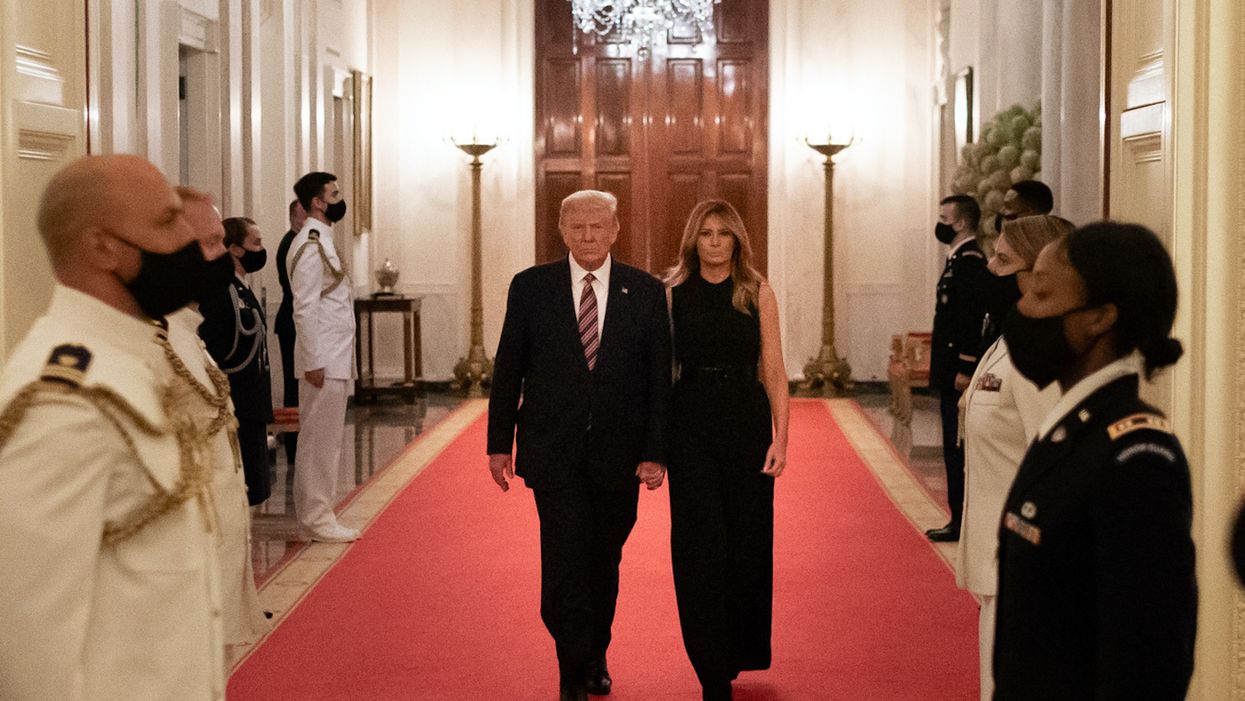 President Donald Trump's mental fitness to hold office was the focus of a new op-ed published in the The Sydney Morning Herald by two mental health professionals.

The column was written by Ian Hughes, a senior research fellow at the MaREI Centre at University College Cork in Ireland and Alan D. Blotcky, a clinical psychologist in private practice in Birmingham, Alabama.

"For almost four years, there has hardly been a day that Donald Trump has not made front-page news," they wrote. "Of all the thousands of headlines, there is one headline that has not been printed but that makes the most sense of all: 'Donald Trump suffers from a dangerous incurable narcissistic disorder which makes him incapable of empathy or reason. He is a grave danger to the US and the world.'"

"The failure of the media to [emphasize] this obvious fact is a lost opportunity to inform and educate the public so that Trump's pathology is fully appreciated and understood. As mental health professionals know, Trump's mental disorder manifests itself in a wide variety of [behaviors] and not in isolated or disconnected events. In these dangerous times, the challenge for the media, difficult though it is, should be to explain Trump's pathology in all its complexities and ramifications for the public," they explained.

"Donald Trump's narcissistic pathology did not allow him to engage in reasonable and rational debate with Joe Biden. He is incapable of rational, orderly, and thoughtful discourse, and is compelled and guided instead by his internal needs, wants, and desires. In addition, Trump is increasingly desperate because he knows his poll numbers are dropping. As a narcissist, his reflexive response when his grandiose self-image is threatened is to attack and to bully. Over the past few months, Trump's pathological response to the threat of failure has been in plain view: wild accusations, lies, scapegoating, conspiracy theories, and gaslighting. His unpresidential debate performance was an extension of this pathological [behavior]," they wrote.

The writers explained Trump in a historical context.

"Donald Trump is part of a much larger picture. Individuals with dangerous personalities have risen to the highest ranks of power throughout modern history – from Nixon to Mao, Stalin to Pol Pot. Some have played a crucial role in steering our world towards disaster. A widespread understanding of this basic fact has now become essential for the protection of democracy," they explained.