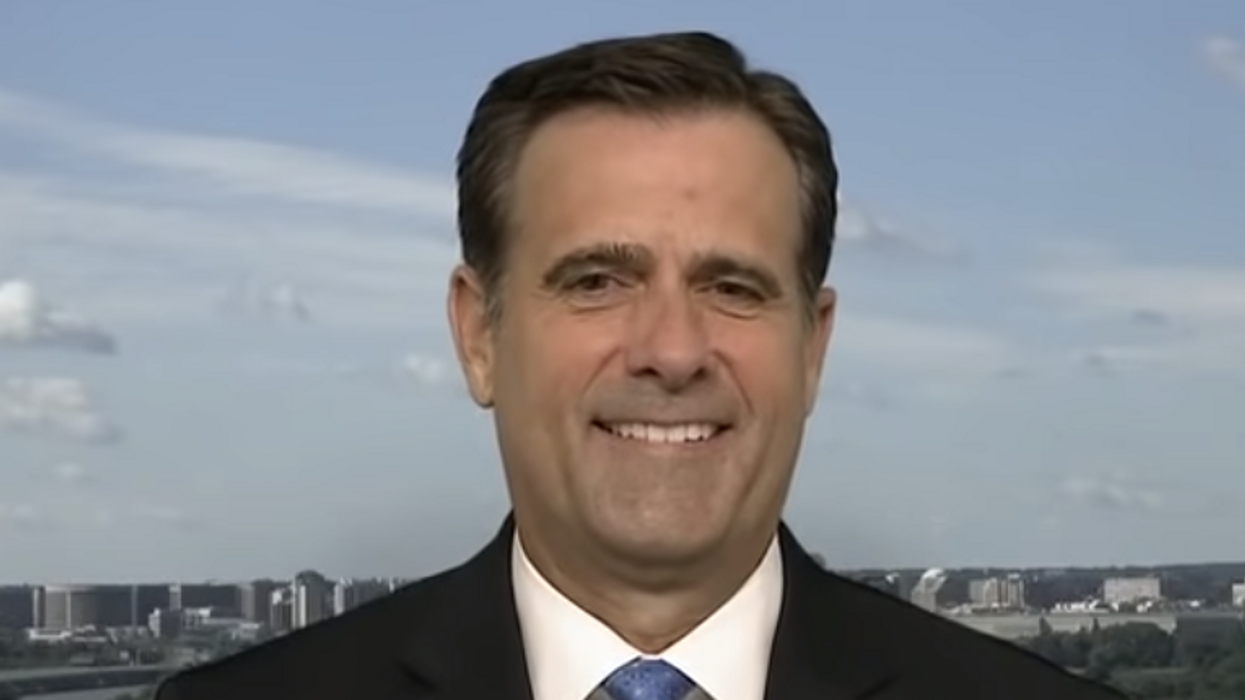 After Democratic voters in several states recently received threatening e-mails claiming to be from the far-right Proud Boys, Director of National Intelligence John Ratcliffe told reporters that trolls in Iran sent them to "intimidate voters, incite social unrest and damage President Trump." But according to Politico reporters Natasha Bertrand and Daniel Lippman, the "damage President Trump" part was not in the prepared statement that Ratcliffe had showed to FBI Director Christopher Wray and Department of Homeland Security official Chris Krebs prior to a press conference.

The e-mails pretending to be from the Proud Boys had the markings of a troll operation and told voters that unless they voted for Trump in 2020's presidential election, "we will come after you." That threat was very much the type of thing that trolls acting on behalf of the Kremlin and Russian President Vladimir Putin would do; in 2016, according to the Mueller Report, Russian trolls wanted to add as much chaos to the United States' presidential election as they could. But in this case, according to U.S. intelligence, the trolls sending bogus e-mails were hackers based in Iran.

Ratcliffe, according to Bertrand and Lippman, "went off script" when he claimed the Iranian rolls were trying to hurt Trump.

The Politico reporters explain, "Ratcliffe attributed the e-mails to Iran but said they were 'designed to intimidate voters, incite social unrest and damage President Trump,' raising immediate questions about how threatening Democrats to vote for Trump could be aimed at damaging the president's re-election bid — and how the intelligence community had made that determination within 24 hours of the messages."

During the press conference, Ratcliffe also told reporters, "Although we have not seen the same actions from Russia, we are aware that they have obtained some voter information just as they did in 2016."

Another area in which Ratcliffe "went off script," according to Bertrand and Lippman, was by omitting any reference to the Proud Boys during his statement. The prepared remarks he showed Wray and Krebs, according to Politico sources, specifically mentioned the Proud Boys.

"Last week's briefing about Iran and Russia was meant to be a kind of victory lap — government analysts and private-sector investigators had been able to attribute the influence operation to Iranian hackers within a matter of hours, whereas it usually takes months for investigators to confidently determine the origins of a foreign cyberattack," Bertrand and Lippman note. "The attribution was aided by a series of clumsy mistakes the hackers made, Krebs told reporters in a separate briefing last week."