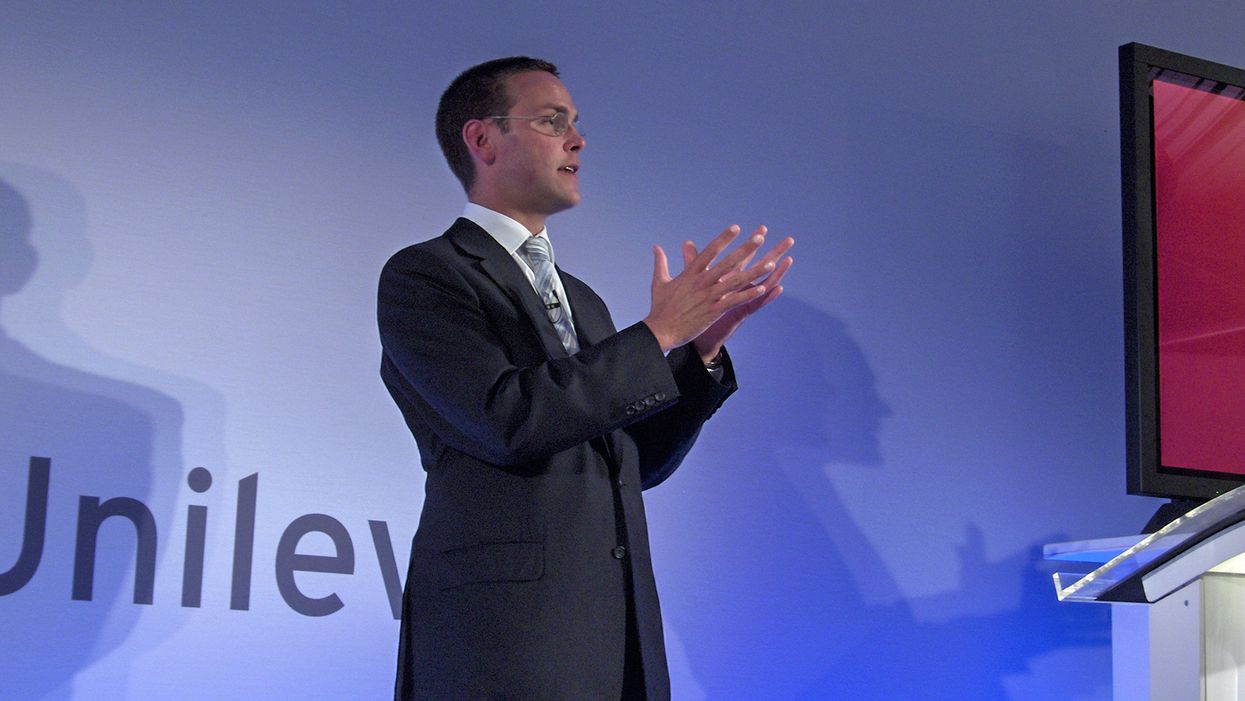 James Murdoch, the former CEO of 21st Century Fox and the youngest son of Fox News founder Rupert Murdoch, has admitted that he stepped away from his father's media empire, in part, because it legitimizes disinformation and obscures facts.

"I reached the conclusion that you can venerate a contest of ideas, if you will, and we all do and that's important. But it shouldn't be in a way that hides agendas," Murdoch told The New York Times in his first major interview since his exit.

In the interview, conducted by Maureen Dowd for a profile published Oct. 10, Murdoch explained why he had "pulled the rip cord" with the family business.

"A contest of ideas shouldn't be used to legitimize disinformation, and I think it's often taken advantage of," he said. "And I think at great news organizations, the mission really should be to introduce fact to disperse doubt — not to sow doubt, to obscure fact, if you will."

"And I just felt increasingly uncomfortable with my position on the board having some disagreements over how certain decisions are being made," he continued. "So it was actually not that hard a decision to remove myself and have a kind of cleaner slate."

Murdoch left the News Corp board in July, citing editorial disagreements. The company owns The Wall Street Journal and the New York Post in the U.S., in addition to The Sun, The Times and Sky News overseas. His resignation letter read, in its entirety:

I hereby tender my resignation as a member of the Board of Directors of News Corporation (the "Company"), effective as of the date hereof.

My resignation is due to disagreements over certain editorial content published by the Company's news outlets and certain other strategic decisions.

James Murdoch has made no secret about the ideological gap between him and what he has characterized as the "American political project" of Fox News, a network whose fawning pro-Trump opinion programming has been compared to North Korean state TV. After Trump praised "very fine" white supremacists in Charlottesville, Va., in 2017, Murdoch gave $1 million to the Anti-Defamation League and told friends in an email that "I can't even believe I have to write this: standing up to Nazis is essential; there are no good Nazis. Or Klansmen, or terrorists."

Murdoch told The New Yorker in 2019 that there were "views I really disagree with on Fox" before he abandoned the company later that year. In January 2020, Murdoch and his wife, Kathryn, expressed their "frustration" with climate change denialism at News Corp as wildfires torched 46 million acres in Australia, their home country. (Fox News personalities pushed a false story about arson driving the fires, which was picked up from Murdoch-owned outlet The Australian.)

James and Kathryn Murdoch gave $2 million to help elect Biden and Democrats, it was reported earlier this summer.

Though Murdoch no longer has an official position on the corporate board, he retains his share of the Murdoch Family Trust, which still has voting stakes in News Corp and Fox Corporation — a position Murdoch has suggested was relatively inconsequential. He has launched an independent foundation called Quadrivium, which is dedicated to supporting voter participation and climate-change initiatives.

"I think there's only so much you can do if you're not an executive, you're on the board, you're quite removed from a lot of the day-to-day decisions, obviously," he told The Times. "And if you're uncomfortable with those decisions, you have to take stock of whether or not you want to be associated and can you change it or not. I decided that I could be much more effective outside."