How Donald Trump threatens the retirement of every American worker 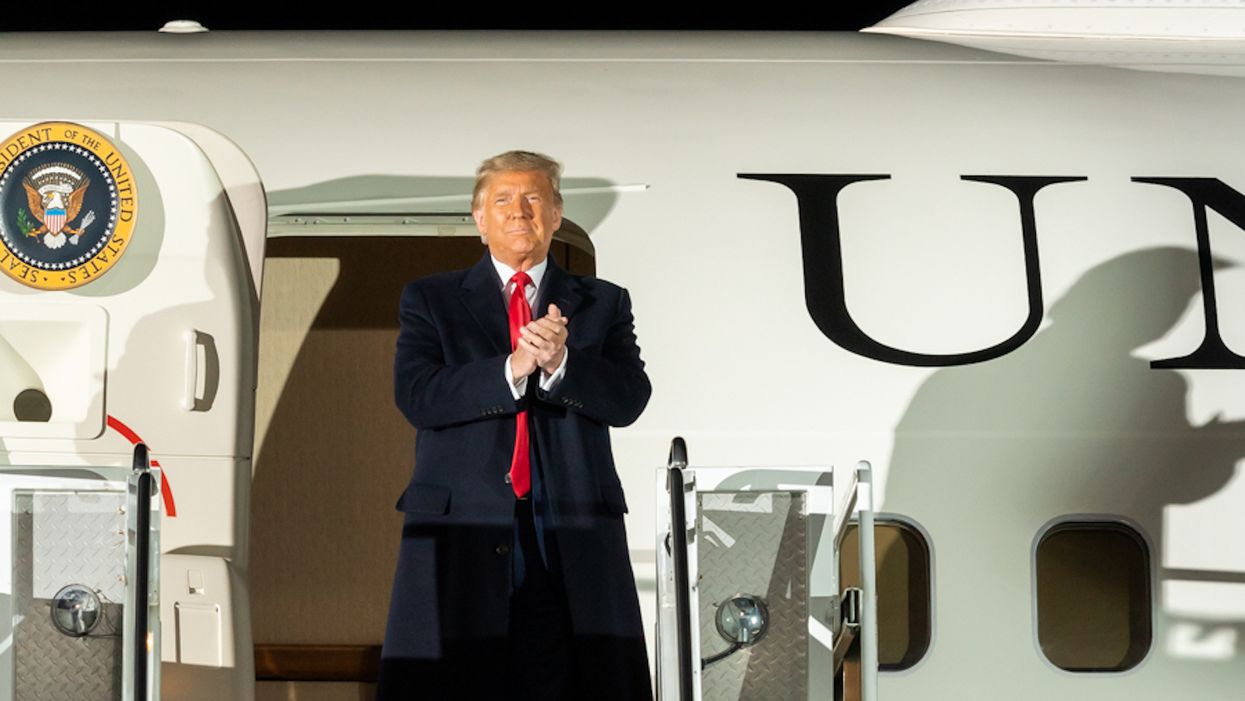 Tom Michels worked 31 years at LTV's iron ore mine in northern Minnesota—and had already started making retirement plans—when the company's bankruptcy wiped out his job and most of his hard-earned pension.

Michels took a series of odd jobs to make ends meet until he became eligible for the Social Security benefits that now enable the 71-year-old to buy food, cover health care costs and even travel a little with his wife, Vicky.

Yet because of Donald Trump, Michels' retirement hangs by a thread. If Trump destroys Social Security, as he threatened to do, Michels and millions of other Americans will be cast into poverty with little hope of ever bouncing back.

Some will have no choice but to return to the workforce and toil until they die. Others, too frail to work and lacking other resources to pay mounting bills, would lose everything they spent their lifetimes building.

"I hate to even think about what's going to happen if he's reelected," observed Michels, a former member of United Steelworkers (USW) Local 4108 whose income, without Social Security, would fall to just several hundred dollars a month.

"Social Security is not an entitlement. It's something we bought and paid for. Every hour we worked, we were paying for Social Security," Michels said, adding Trump has no right to deprive retirees of benefits they earned.

Because of the country's aging population, in 2021 Social Security will spend more money on benefits for retirees than it takes in through workers' payroll taxes. Many beneficiaries already struggle because payment amounts set by the government fail to keep up with health care costs.

But instead of shoring up this popular and essential program, Trump wants to kill it.

He repeatedly proposed cutting Social Security Disability Insurance and Supplemental Security Income, which provide crucial assistance to Americans no longer able to provide for themselves and their families.

This past winter, just as the COVID-19 pandemic hit, Trump expressed his desire to take up so-called entitlement reform if reelected. Astute retirees like Michels understand that is code for cutting programs like Social Security and Medicare.

Then, in August, Trump proposed eliminating payroll taxes under the guise of leaving a few more dollars in the paychecks of Americans struggling to weather the COVID-19 recession.

However, payroll taxes fund Social Security, and cutting off that revenue stream would destroy the program within just a few years. Trump tried to dupe Americans into thinking that abolishing the payroll tax would be good for them.

"It sounded attractive, the way he put it," noted Michels, who is also the president of the Steelworkers Organization of Active Retirees (SOAR) Chapter 33-4. "But in reality, it's not very attractive. There'd be nothing left."

Trump's attacks on Social Security come as Americans depend on the program more than ever.

Greedy corporations no longer provide the pension programs that once supported retirees through their golden years. Even employers that promised pensions, like those employing Michels and fellow SOAR activist Scott Marshall, often abandon their obligations through bankruptcies or other sneaky maneuvers.

Marshall worked for a glass company, a rail car manufacturer, a steelmaker and a paper mill, each offering pension plans.

"They all shut down before I could qualify for a pension," explained Marshall, who lives in Chicago. "Social Security is the only retirement income I have."

Marshall, a vice president of SOAR, noted that another 1.3 million Americans belong to multiemployer pension plans facing insolvency because of investment losses, industry consolidation and other factors over which workers had no control.

The Democratic-controlled House passed a commonsense bill, the Butch Lewis Act, in 2019 that would make low-interest loans to these struggling plans and ensure they continue meeting their obligations to members. But Trump and his Senate Republican cronies refuse to support the measure, even though some of the troubled plans will run out of money in just a few years.

The uncertain future of these plans makes members' Social Security benefits all the more important.

During his 2016 campaign, Trump promised to protect Social Security. If that were truly his goal, he would ensure that millionaires and billionaires, like himself, finally begin contributing their fair share to the program.

Americans pay 6.2 percent of their wages to Social Security. But the government only applies the tax to the first $137,700 of a person's income. That means millionaires and billionaires pay nothing on most of their fortunes and effectively slide by on a tax rate far below the 6.2 percent ordinary citizens pay.

Abolishing the income cap would ensure the long-term viability of Social Security. And that would only be fair because, as Marshall noted, workers created the wealth that America's rich enjoy. They earned dignified retirements in return.

But instead of providing for ordinary Americans, Trump gives handouts to the 1-percenters. While demanding cuts in the Social Security programs protecting disabled and ill workers, he signed the 2017 tax giveaway for millionaires and corporations.

"I know people who voted for Trump originally and are now backing off of him for just that reason," Marshall said. "They totally get what he's trying to do to Social Security. They're not going to put up with that."

After losing their livelihoods and pensions, Michels said, he and his colleagues looked in vain for jobs providing wages and working conditions comparable to what the USW ensured they received at LTV.

Only when they became eligible for Social Security did most of his coworkers regain a measure of financial stability. If Trump strips that away now, Michels said, many LTV retirees would be unable even to afford health care.

"It would be devastating," he said.