Why Donald Trump Jr. could crush Republican senators — and take over the GOP from his father 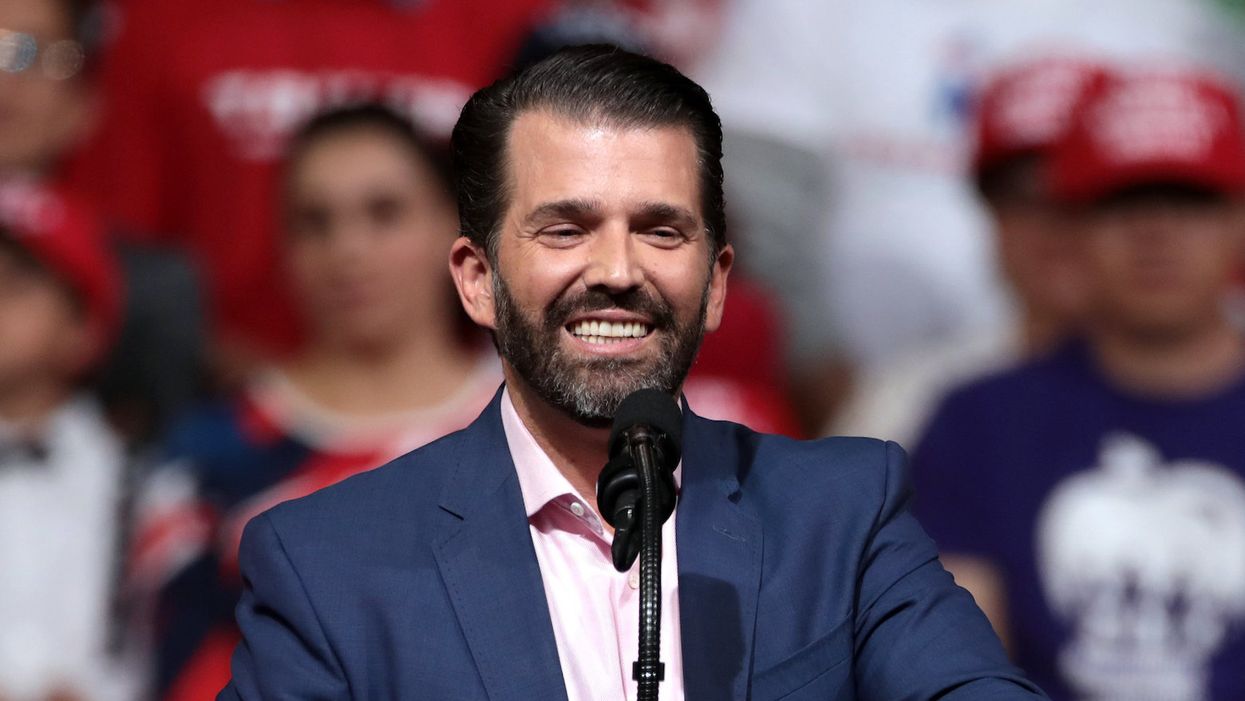 When Donald Trump first announced, in 2015, that he was seeking the Republican presidential nomination, no one in the GOP gave much thought to his son, Donald Trump, Jr. But the younger Trump has since become a prominent figure in the Trumpian version of the Republican Party. Journalist David Smith discusses the rise of Trump, Jr. in an article published in The Guardian this week, explaining why he has become so popular with a certain type of Republican voter — even though some conservatives view him as a glaring example of the GOP's intellectual decline.

Combative, snarky, belligerent and mean-spirited, Trump, Jr. has a lot more in common with his father than he does with his sister, White House Senior Adviser Ivanka Trump — who fancies herself as more of a conservative intellectual even though her critics view her as low-information. Ivanka Trump at least pretends to have a thoughtful tone when she is giving a speech or writing a Twitter post, whereas Trump, Jr. openly disdains intellectuals. And even though Trump, Jr. is a millionaire, MAGA voters with a fraction of his income adore his anti-elitist schtick.

"When Don Jr. and his father bash Barack Obama, Hillary Clinton and (former Vice President Joe) Biden at campaign rallies, they generate louder reactions from the crowd than when they set out agenda items or achievements," Smith explains. "Don Jr.'s Twitter feed offers his 5.8 million followers little by way of policy but a torrent of Democrat-baiting and conspiracy theories."

Trump, Jr., Smith stresses, is "adept at throwing red meat to" his father's MAGA base, and Trumpians eat it up when he is giving a speech at a rally.

But Trump, Jr., now 42, has his share of critics on the right, including conservative activist/author Rick Wilson — a former Republican Party strategist who is supporting former Vice President Joe Biden in this year's presidential election and was a co-founder of The Lincoln Project, a right-wing anti-Trump group. Interviewed by The Guardian, Wilson slammed Trump, Jr. as a perfect example of the modern-day GOP's intellectual bankruptcy but stressed that he knows how to rally his father's base because he "speaks fluent MAGA."

The 56-year-old Wilson explained, "Trumpism replaced conservatism as the ideological underpinning of the Republican Party, and because of that, they don't really fight about issues anymore. They fight about effect and whether or not they're winning these ephemeral social media battles — and in that world, the highest order goal is the 'owning of the libs.' It is a throwaway phrase substituting the validity or strength of an argument with a sort of self-satisfaction that you have been transgressive in some way towards liberals or progressives."

The Never Trumper continued, "Donald Trump, Jr. is a master of that. He is a post-Republican Republican. He is there only to engage in that performative dickery that is lib-owning in the Trump world. It is a political performance art to show your contempt for norms, institutions and education."

But even though Wilson has a very low opinion of the president's son, he predicts that Trump, Jr. will run for president in 2024 and believes that the GOP has sunk low enough to give him the nomination.

Wilson told The Guardian, "What I tell all these Republicans who think they're going to run in '24 for president — Ben Sasse and Marco Rubio and Ted Cruz — is they're not going anywhere. They should stop right now. They're wasting their time and everyone else's, because the nominee in 2024 is going to be Donald Trump, Jr. He will come in, he will have his father's endorsement, and he will promise great feats of lib ownership."
From Your Site Articles
Report typos and corrections to: feedback@alternet.org.