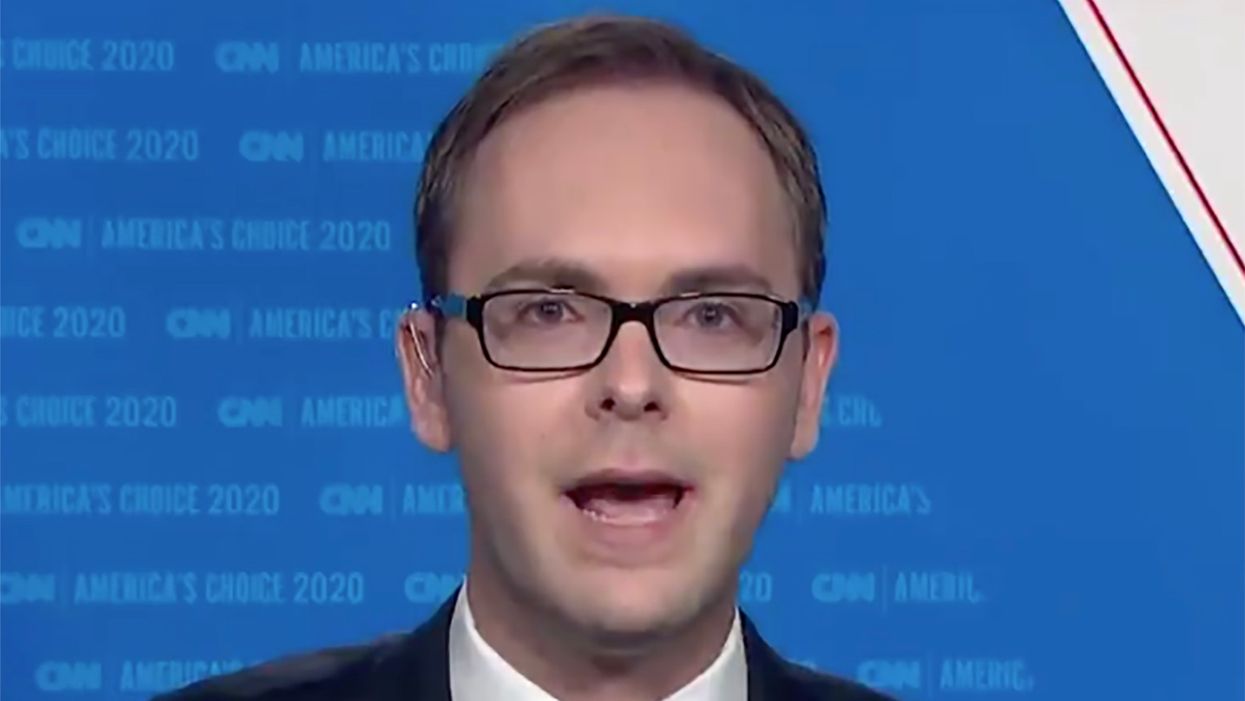 At CNN, President Donald Trump has had a very aggressive and tireless fact-checker in Daniel Dale — who, time and time again, has called out the president's lies and distortions. The Canadian reporter discussed his fact-checking of Trump during a Q&A interview with the Los Angeles Times, noting that Trump lies so much that keeping up with all the lies has been a never-ending task.

Friday on Twitter, Dale tweeted the Times' article and posted, "So...in September, I had to abandon my 3.75-year count of every Trump false claim. Because he's talking so much and telling so many important lies that I don't have the time to research all the little ones. It was fun while it lasted. (No it wasn't.)"

The Times' Meredith Blake notes that Dale's fact-checking of Trump started in 2016, when he was a Washington, D.C. correspondent for the Toronto Star. On September 21, 2016, progressive activist and filmmaker Michael Moore praised Dale for fact-checking Trump so thoroughly, writing, "This Canadian journalist, every single day in the Toronto Star, lists all the lies that Donald Trump spoke that day. Shames the US media."

Blake asked Dale, "What's the tally of Trump's false claims as of right now?" — to which he responded, "I don't know because I've fallen behind during the campaign. I had to make a decision to stop updating over the last month and just focus on the big stuff. Because the president is talking so much — just the sheer volume of words right now is very large, and so many of them are false that if I tried to keep up comprehensively as I have for the past four years, I wouldn't have found time to write the most important stories about the most egregious stuff he's saying. So, I've had to make an executive decision to put it on hold for now. My tally for his presidency is over 9,000 false claims."

Blake asked Dale if there was a "most egregious" lie from Trump that stood out the most, and he replied, "Some of the claims of the pandemic I would put on the most egregious list. The claim that it's disappearing, which he's made 40-plus times since February. This is a national crisis where millions of people respond to the president's words, and he's constantly reassuring them, 'It's fine, it's going away' — and it is just not. The other claim he's emphasized this week is that the increase in cases is simply a result of more tests being done, and that's just not true."

When Blake asked Dale how effective fact-checking is at a time when politics in the U.S. are "so polarized" and there is so much "disinformation on social media," he responded, "I feel that there are obvious limitations to our work, and there are people we cannot currently reach. That's just a fact. There are people who will never click on a CNN article or never watch CNN…. My role is to put as much factual information out there as I can, and what people do with that is up to them."