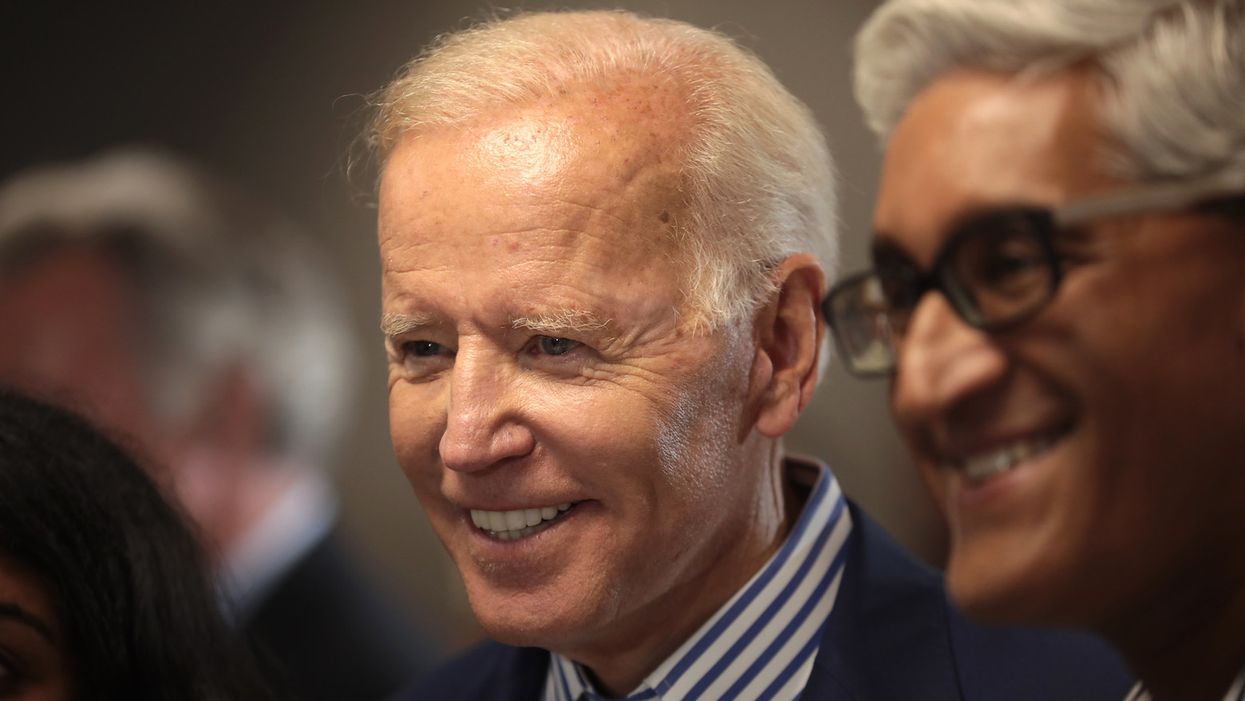 During the 1980s and 1990s, political pundits used the term "Solid South" to refer to the seemingly impenetrable red wall that Republicans had achieved in southern states — which was a big departure from the years in which that term referred to all the southern states that allied themselves with the Democratic Party. Now, the Republican Party finds itself losing ground in the Sun Belt, and that shift is the focus of a New York Times article by reporters Jonathan Martin and Alexander Burns.

The piece not only describes the ground that Republicans have been losing in parts of the Deep South, but also, in southwestern states like Arizona — which has evolved into a swing state after being heavily Republican for generations.

"Nowhere has [President Donald] Trump harmed himself and his party more than across the Sun Belt, where the electoral coalition that secured a generation of Republican dominance is in danger of coming apart," Martin and Burns explain.

Certainly, some of the southern states are still deeply Republican, including Mississippi, Alabama and Louisiana. But Florida has been a swing state. Meanwhile, Texas and Georgia are two Sun Belt states that could be described as "light red" rather than "deep red" at this point, and recent polls indicate that both states are in play for former Vice President Joe Biden in this year's presidential election.

Martin and Burns cite Trump's response to the coronavirus pandemic as one of the reasons why Biden is competitive in both the southeastern and southwestern parts of the Sun Belt.

"Many of the Sun Belt states seemingly within Mr. Biden's reach resisted the most stringent public-health policies to battle the coronavirus," the Times reporters note. "As a result, states like Arizona, Georgia and Texas faced a powerful wave of infections for much of the summer, setting back efforts to revive commercial activity."

Two of the Republicans who candidly discussed the GOP's problems in the Sun Belt are former Arizona Sen. Jeff Flake and Oklahoma City Mayor David F. Holt. Flake, a conservative who has endorsed Biden, said of Trump, "There are limits to what people can take with the irresponsibility, the untruthfulness, just the whole persona." And Holt told the Times, "Cities in states like Arizona and Texas are attracting young people, highly-educated people and people of color — all groups that the national Republican Party has walked away from the last four years. This losing demographic bet against big cities and their residents is putting Sun Belt states in play."

If recent polls are accurate, Biden has a good chance of winning more Sun Belt states than Democratic presidential nominee Hillary Clinton did in 2016. Clinton carried Nevada, Colorado, New Mexico and, of course, deep blue California, but Trump won Florida, Georgia, Texas, Arizona and both of the Carolinas.

"Even as he stunned Hillary Clinton in three crucial Great Lakes states, (Trump) lost Colorado, Nevada and New Mexico and fared worse in Arizona, Texas and Georgia than Mitt Romney had four years earlier," Martin and Burns note. "Two years later, Democrats performed even better in a series of high-profile races across the region with college-educated white voters and people of color."

One Democrat who is very bullish on Biden's prospects in Texas is former Rep. Beto O'Rourke, who lost to Republican Sen. Ted Cruz by only 2% when he challenged him in the 2018 midterms. The fact that a Democrat came within striking distance of Cruz in a statewide race in Texas — which Democratic strategists had written off as out of reach for their party — was one of 2018's biggest political shockers.

"Texas is really Biden's to lose if he invests now, and that must include his time and presence in the state," O'Rourke told the Times. "He can not only win our 38 electoral votes, but really help down-ballot Democrats, lock in our maps for ten years, deny Trump the chance to declare victory illegally and send Trumpism on the run."

Meanwhile, in Arizona, centrist Democrat Mark Kelly — according to a long list of polls — stands a good chance of defeating incumbent Republican Sen. Martha McSally. If Kelly is successful, a state that was once synonymous with the conservative GOP politics of Sen. Barry Goldwater and later, Sen. John McCain, will have two Democratic U.S. senators in 2021.

Describing the fears of Arizona Republicans, Martin and Burns explain, "If the election…. unfolds like many Arizona Republicans are dreading it might, they will, in two years, have lost the presidential race, both Senate seats, both chambers of the state legislature — and watched as voters approved a ballot measure levying a surtax on the wealthy for increased education funding."

Thirty-two years ago on Election Night 1988, many pundits at CBS, NBC and ABC commented on how badly former Massachusetts Gov. Mike Dukakis, a Democrat, had lost the presidential election to Republican Vice President George H.W. Bush in the Sun Belt — pointing out that Dukakis lost one state after another in the Deep South as well as the Southwest. Democrats, pundits predicted, would face an uphill climb in their battle to regain ground in the Sun Belt.

But this year, if polls are right, Biden might be headed for a lot of Sun Belt victories.