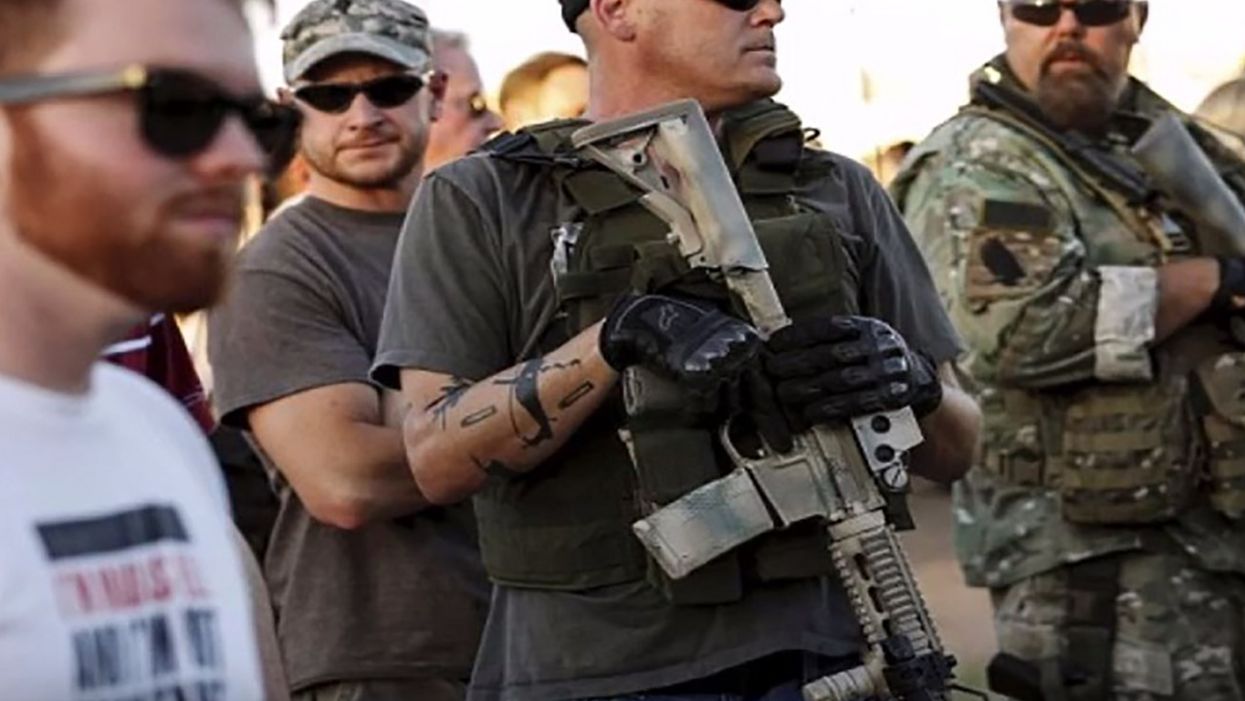 One day after President Donald Trump urged his supporters to engage in voter intimidation during the general election and called on the violent white supremacist group Proud Boys to "stand by" rather than "stand down," The Nation reported that the FBI is preparing for a "violent extremist threat" posed by a far-right, anti-government militia whose members have advocated for a "race war."

Known for wearing Hawaiian shirts and military fatigues and carrying weapons to rallies, "Boogaloos" reportedly intend to bring about a second American Civil War, which some adherents believe will be a "race war." In one high-profile case against a Boogaloo proponent, Steven Carrillo was accused this year of killing two law enforcement officers with the aim of "provoking retaliation from the police against the demonstrators" at a Black Lives Matter rally.

The Boogaloo movement has also had a strong presence at protests against Covid-19 restrictions, where many adherents were armed.

With Trump repeatedly stoking the perception among his supporters that—despite the fact that he trails Democratic candidate Joe Biden in several swing state polls—the only legitimate election will be one that he wins and that mail-in ballots will result in a rigged election, the FBI believes Election Day could be a "potential flashpoint" in an escalation of the Boogaloos' violent activities over the next three months, leading up to Inauguration Day in January 2021.

"Boogaloo adherents likely will expand influence within the FBI Dallas AOR [Area of Responsibility] due to the presence of existing anti-government or anti-authority violent extremists, the sentiment of perceived government overreach, heightened tensions due to Covid-19-related state and local restrictions, and violence or criminal activity at lawful protests as a result of the death of an African American USPER [US person] in Minneapolis, factors that led to violence at otherwise peaceful and lawful protests in the FBI Dallas AOR," the report reads.

"Indicators that this assessment is correct include increased violent social media posts of boogaloo adherents and increased 'patrolling' or attendance at events that are anti-law enforcement, anti-government, or anti-authority," the Dallas field office continues.

On social media, journalist Medhi Hasan called the report "a huge story." Nation reporter Ken Klippenstein, who wrote about the FBI's warning for the outlet, urged federal law enforcement agents to share more information about their concerns regarding the election and potential violence by white supremacist groups.

As Common Dreams reported Wednesday, members of the Proud Boys celebrated the president's refusal to denounce white supremacy at the debate.

The group's reaction was "a perfect example of how Trump's voter fraud disinformation and emboldened white supremacists and other violent extremists are a recipe for disaster this fall," tweeted Amy Spitalnick of the anti-racist group Integrity First for America.