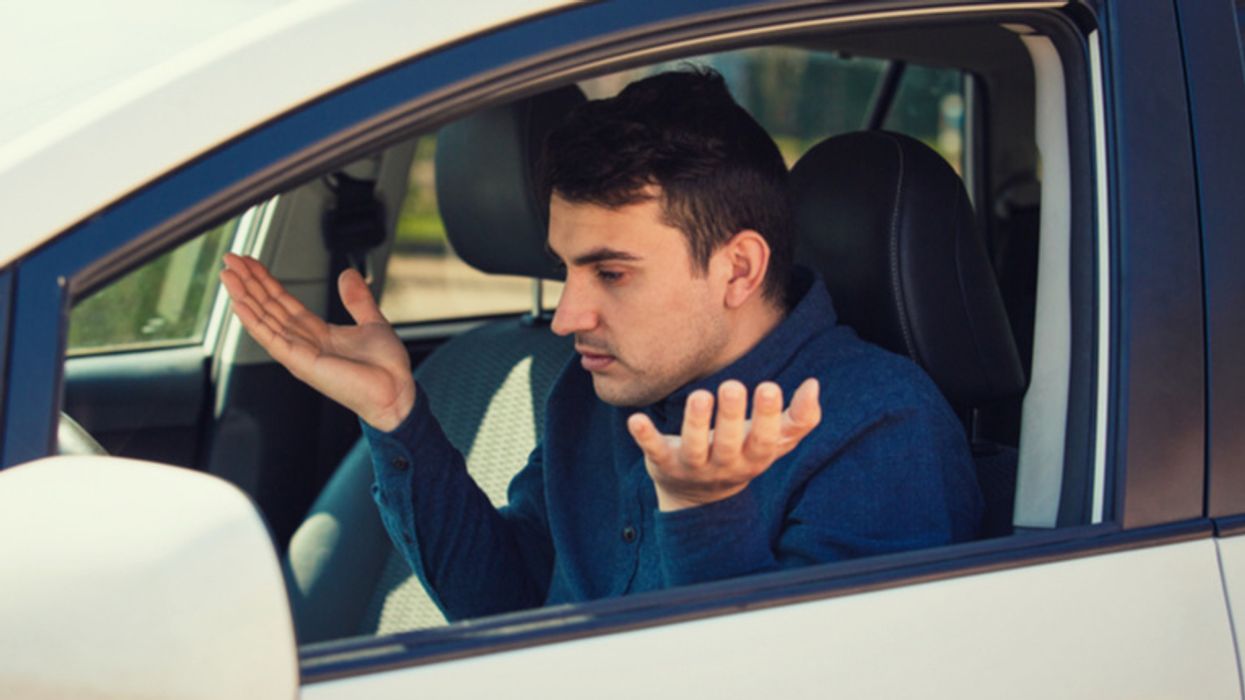 Those who took high school civics may recall that our democracies lives on fractions. A majority vote — one-half plus one — is what it takes to pass a bill in most legislative bodies. The constitution requires a "supermajority," meaning two-thirds of a governing body, for only the most important and crucial matters: to override a presidential veto, or remove an officer via impeachment, say.

If two-thirds seems like a high threshold for a congressional body, what about seven-eighths? That's the super-duper-majority that would be required to overturn Proposition 22 — the Uber- and Lyft-funded ballot measure that will appear on California ballots this November — should it pass this fall.

You read that right: the astroturf ballot measure written by some of Silicon Valley's biggest corporations, which is written to keep these companies' contractors from achieving benefits or a stable, salaried job, would require a seven-eighths majority of state legislators in both state chambers in order to be overturned — such a difficult threshold to meet that experts say it would be effectively permanent.

The origin of Proposition 22

It all goes back to California's Assembly Bill 5, which went into effect on January 1, 2020. The impetus for AB5 was to make gig economy work into more stable and reliable work, and reduce worker exploitation; currently, driver-contractors like those who work for Uber or Lyft are not guaranteed health care of any other benefits if they work more than 40 hours a week, as they are legally contractors rather than employees.

Likewise, such drivers and deliverypersons often make less than minimum wage after their own expenses are accounted for. AB5, which put into place a "test" to determine whether someone is a contractor or employee, was designed to lift these kinds of workers out of poverty.

Yet since AB5 passed through California's state legislature, Uber and Lyft have refused to comply; instead, they chose to pour over $180 million into the astroturf campaign for Proposition 22. Similar gig worker-reliant companies have chipped into the campaign, too. DoorDash has donated $47.5 million; Instacart has donated $27.5 million, and Postmates has contributed a little over $10 million.

According to Ballotpedia, Proposition 22 is the most expensive ballot measure contest in California, and the United States — and if it passes, it will set an example for the corporations that funded it that they could use as a model in other states. Indeed, the companies are funneling so much money into this campaign because there's a lot at stake. For example, Los Angeles and San Francisco are two of the five largest markets for Uber, which has stated in financial disclosures that new regulations in major metro areas could negatively affect their financials. Many of their workers have criticized these companies for pouring so much money into a campaign as they struggle to receive basic support, like personal protective equipment and hand sanitizer, from their employers during the pandemic.

Proposition 22 is more than just a determination of classification, though. Labor experts fear it will be a major setback for labor rights, the community at large, and that it will send the wrong signal to other states who have been exploring ways to regulate these companies.

"They have basically operated as though the law does not apply to them," Ken Jacobs, the chair of the UC Berkeley Center for Labor Research and Education, told Salon. "And I think that signals to other states around the country, 'Don't try to enforce your laws because we have the political power and resources to defeat you if you do.'"

We spoke to experts about the fine print of Proposition 22, and how it will affect Uber and Lyft drivers in the state of California if passed.

Uber and Lyft have positioned Proposition 22 as a "third way" solution to provide more benefits to drivers. The campaign states on its website that voting "yes" on Proposition 22 will provide drivers with "new benefits and protections in these tough economic times including a minimum earnings guarantee, access to health care benefits and insurance against illnesses and injuries acquired on the job."

Yet this depends on a driver's "engaged time," according to the proposition, meaning the time between accepting a ride and completing the ride. This doesn't factor the time a driver is waiting in between drives. For drivers who average 25 hour per week of engaged time during a calendar quarter, Uber and Lyft will provide "subsidies equal to 82% the average California Covered (CC) premium for each month." For those who average between 15 and 25 hours of "engaged time" each quarter, the companies will provide healthcare subsidies equal to 41 percent the average CC premium for each month.

"They purport to have a healthcare reimbursement piece here, but it's very weak and very few drivers would qualify, or at least qualify for the larger amount of it," Jacobs said.

Rey Fuentes, Skadden Fellow at the Partnership for Working Families, told Salon that drivers would essentially have to drive 40 hours a week to get that 25 hours of engaged time to qualify for the best offer. In a report Fuentes co-authored, he notes a second way in which drivers will be essentially cheated of quality healthcare options. "By using the definitions section to ensure that the maximum benefit is actually 82 percent of an average premium payment for the lowest-cost healthcare plan on the Covered California insurance exchange, not a worker's actual premium expenses," the report states.

Under the current California state and federal law, app-based workers are required to have a minimum of eight weeks of paid family leave, and three days of paid leave for illness or care of a family member. None of this is part of Proposition 22. In the report Fuentes co-authored, the researchers call this omission "glaring," especially in the pandemic, in which many rideshare and delivery drivers are considered to be "essential workers."

"Although some app-based companies have created limited sick leave benefits to respond to this crisis, these plans are voluntary and temporary, and cannot be added to this initiative before voters can weigh in on the ballot measure," the authors write.

Fuentes says there are many drivers who drive to make money to help support a sick family member.

"They're doing it because they're caring for individuals who have illnesses and families, or they have an illness themselves that they can't have traditional employment because your work arrangements are precarious," Fuentes said. "That's why it's actually more important that those workers get things like paid sick leave or paid family leave."

Since drivers have to work at least 40 hours a week to reach 25 hours of "engaged time," taking a vacation will likely affect whether they qualify for healthcare benefits.

3. Drivers won't be able to unionize

This year, more drivers have been organizing to protest unfair labor practices and the lack of protections during the pandemic. However, if Proposition 22 passes, drivers won't be able to unionize and leverage the power of collective bargaining. Under federal law, according to the National Labor Relations Board (NLRB), app-based drivers are said to lack benefits of collective bargaining because they're more like "entrepreneurs," legally speaking. While the legality of this is disputed by various labor organizations, Fuentes said this leaves an opening for states to "establish a separate organizing statute that gives workers the lawful ability to form a union under state law."

"From a driver's perspective this is actually one of the things we think is so harmful about the ballot initiatives," Fuentes said. "California provides workers compensation protection to drivers injured on the job, and that benefit is covered through what is called no-fault coverage."

Even if they are at fault for the accident or contributed to it, all workers in California are covered by the workers compensation statute. Fuentes said Proposition 22 "reverses that."

"This suggests to us very clearly that workers could be denied coverage if they're even partially at fault, which is not something that should ever happen with a workers compensation scheme," Fuentes said. "And the broader part is that workers who are seriously injured and partially disabled or permanently disabled, you can access that up to a lifetime benefit through California's Workers Compensations Temporary Disability Program, but the ballot initiative capped at two years."

5. These reversals and precedents will be most likely permanent

Most astonishing is that Proposition 22, if passed, will be very difficult to amend, since that would require a seven-eighths (87.5%) vote in each chamber of the California State Legislature. Fuentes said this will "lock in" a "permanent underclass of workers."

"All the historic workplace safety protections that California has enacted to protect workers, all of those things are still vitally necessary and even more so now during COVID-19," Fuentes said. "From an abstract perspective, the idea that some of the richest companies in the world are passing a ballot initiative that would exempt their workers from basic labor protections is just, I think beyond the pale."