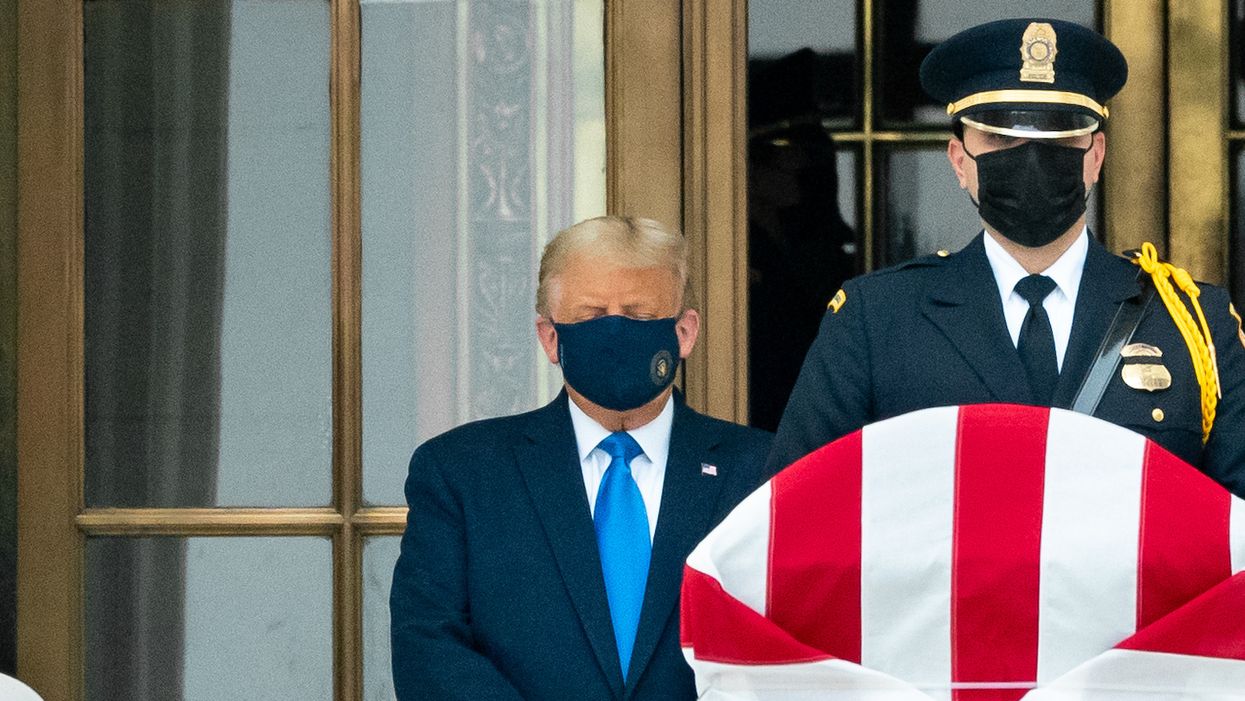 The bombshell news, in the wee hours on Friday morning, that President Donald Trump, First Lady Melania Trump and Trump adviser Hope Hicks had all tested positive for COVID-19 is sparking discussions about the presidential line of succession. And to make matters even more complicated, the U.S. is only a month away from a presidential election. Rick Hasen, an expert on U.S. election law and a professor of law and political science at the University of California, Irvine, asks the following question on his Election Law Blog: "what happens if a presidential candidate dies or is incapacitated before Election Day?"

And Hasen's answer is harrowing: "a mess."

Hasen, in his posts, notes that so far, President Trump has been asymptomatic (in fact, by the time of this posting, he reportedly has "mild symptoms"). But what if Trump were to take a turn for the worse? COVID-19 can infect people in very different ways. Some people infected with COVID-19 never had so much as a sneeze, while others suffer severe respiratory problems, cardiovascular issues, and death.

"As a matter of national importance," Hasen writes, "we need to ask what would happen if one of the presidential candidates died or became incapacitated before Election Day."

And Hasen, who is also known for his appearances on CNN, goes on to note what two election law experts at New York University, Rick Pildes and Joshua Tucker, had to say on the subject during a conversation.

Pildes pointed out that a candidates' death typically "puts the ball in the hands of the 'national political parties,' which for this purpose, means the legal entities known as the Democratic and Republican National Committees."

In theory, they could try to change the nominee on the ballot in a pinch. Depending when the switch happened in the cycle, though, they could run into legal and logistical barriers across the 50 states. With just over a month until Election Day, these barriers are probably insurmountable.

"The problem here is that ballots are already out, and millions of people have already voted," Pildes noted. "At this point, it seems impossible for candidates to come up with a new name to replace a name on the ballot without starting the whole election process over — which is not possible in the 30+ days before Election Day. Congress could pass a bill delaying the election, but I find it hard to believe it would do so."

Pildes added, "While things are not certain, what's most likely (is) that the election would take place on time with the deceased or incapacitated candidate's name on the ballot — and then, there would be a question if legislatures would allow presidential electors of each state to vote for someone other than the deceased candidate. Only some state laws provide for this eventuality…. Or perhaps the legislatures would seek to appoint electors directly."

Pildes continued, "This could lead to a whole lot of mischief if, say, the Pennsylvania Republican legislature tried, over the Democratic governor's objection, to appoint electors to vote for Pence — if it were Trump who could no longer be a candidate — despite a vote for the people of Pennsylvania for Biden over Trump."

Obviously, we should hope that both candidates — indeed, all four — on the presidential tickets make it safely to Election Day and beyond. Anything else would tip the country into unknown territory, and the last thing this election needs is more uncertainty.