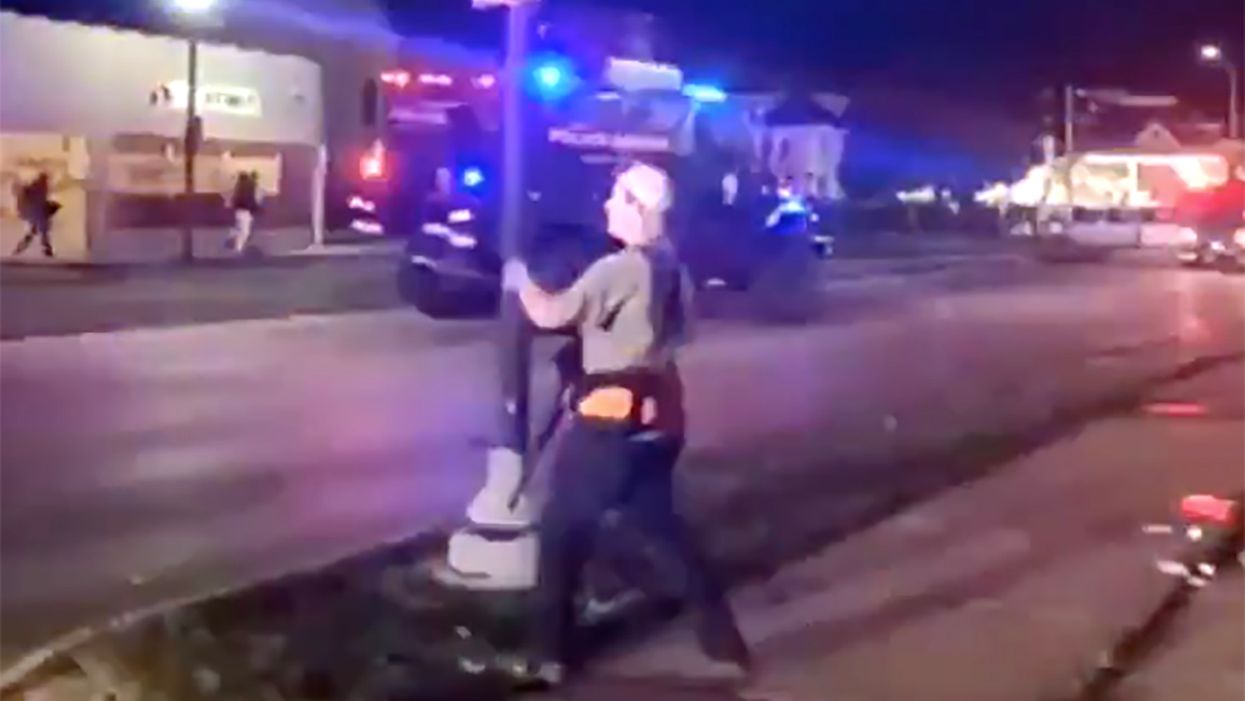 Internal documents reportedly suggest federal law enforcement officials with the Department of Homeland Security were directed to maintain a publicly sympathetic stance regarding Kyle Rittenhouse — the 17-year-old facing murder charges for the fatal shootings of protesters in Kenosha, Wisc.

In preparation for questions from the media regarding the highly publicized shootings, DHS officials were advised to focus on focus on Rittenhouse's initial efforts, according to NBC News. The document, which included multiple talking points regarding the case, advised officials to suggest Rittenhouse "took his rifle to the scene of the rioting to help defend small business owners."

A different set of talking points distributed to officials also discussed the media's depiction of the group, Patriot Prayer. While the media is said to have labeled the group as "racist" following their clash with protesters amid civil unrest in Portland, Ore., DHS officials were reportedly told to dismiss the claims.

It remains unclear whether or not the directives came from the White House but President Donald Trump has shown support for Rittenhouse and law enforcement.

Now, multiple former Homeland Security officials have expressed concern about the handling of internal affairs at the government agency. Peter Boogaard, who served as a spokesperson for Homeland Security under the Obama administration, condemned the reports.

"It is as unprecedented as it is wrong," Boogaard said.

Elizabeth Neumann, who served as DHS's assistant secretary for threat prevention and security policy in the Trump administration, also pointed out one important suggestion that did not appear to be highlighted in the internal talking points.

"What strikes me about the talking points is that they didn't call for calm among the public," Neumann said. "Even in the early hours after the incident, it was known private militias had self-deployed. …They seemed more interested in Rittenhouse's reputation than calling for calm and actual law and order."

The latest regarding Kyle Rittenhouse follows multiple reports about the staggering number of donations he has received through fundraising efforts sphere headed by a Christian crowdfunding website. According to Rittenhouse's lawyer, the Christian has received more than $1 million in donations from more than 11,000 donors.

There will be total transparency on part of #FightBack Foundation.

To date, 11,254 donors have donated total of $605,550 toward the Foundation's efforts to fund defense of Kyle Rittenhouse & help support & protect his family.