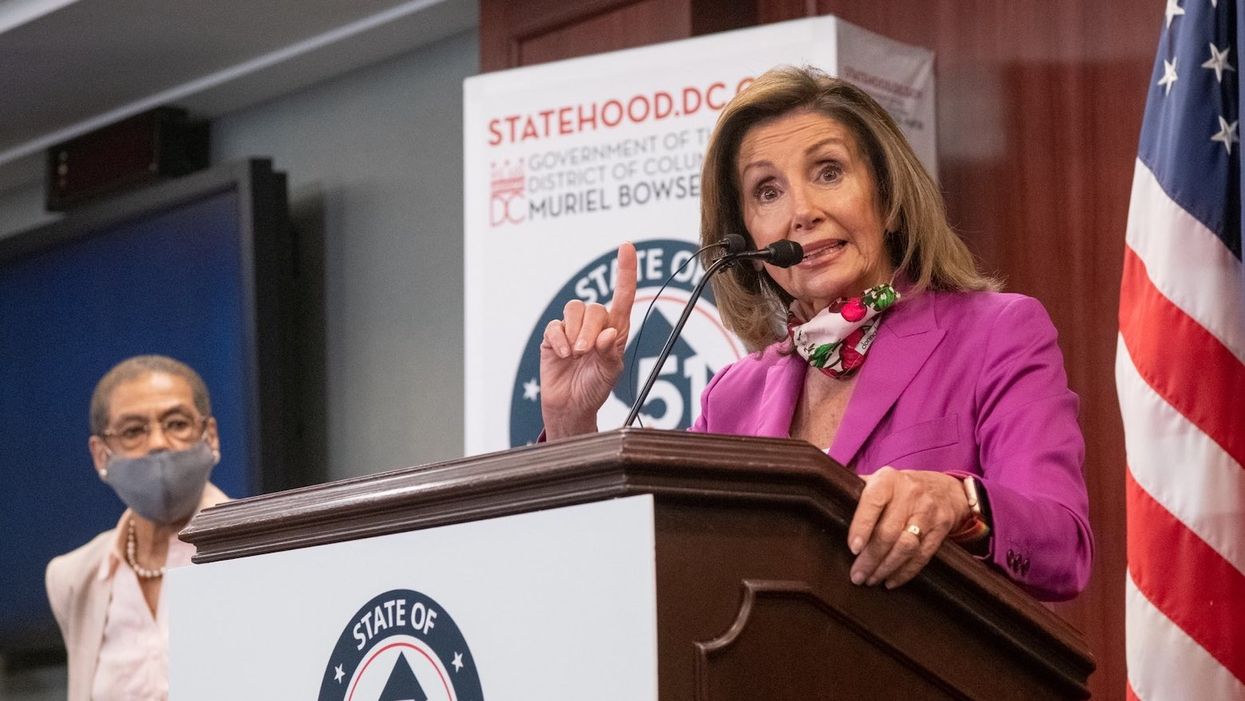 Even as Donald Trump suggests Senate Republicans are in trouble, he continues to float a prediction shared by basically no one else—Republicans will retake the House majority. Fat chance, say House Democrats, who currently command the lower chamber by 35 seats, 232-197.

"I don't think too many people would have thought [this] at the beginning of this cycle, but we're playing deep into Trump country," Rep. Cheri Bustos of Illinois, who's heading up the House Democratic effort, told the Washington Post. "I'm confident in saying this: We're going to hold on to the majority; we're going to grow our majority. . . . We're well positioned to have a good night."

Coming off a midterm where House Democrats flipped an historic 41 seats to crush the GOP majority, the notion that Democrats might be in position to pad their majority may have seemed far fetched early in the cycle. But the landscape has shifted pretty dramatically, and the Post notes that "outside analysts say [Democrats] could gain from three to 15 seats."

House Republicans call Democrats' optimism "laughable," but the GOP caucus cut its ties to the universe where the rest of us reside the moment Trump took office. So whatever.

Specifically, House Democrats hope to build on the success of three members who in 2018 flipped districts Trump had won by more than 10 points: Reps. Jared Golden of Maine, Kendra Horn of Oklahoma and Anthony Brindisi of New York.

Democrats are optimistic about their chances based on both the strength of their recruits and their muscular fundraising, which has swamped their GOP counterparts. Here's several races to watch on election night: