'COVchella' at the White House: Tiny crowd shows up for Trump's rally 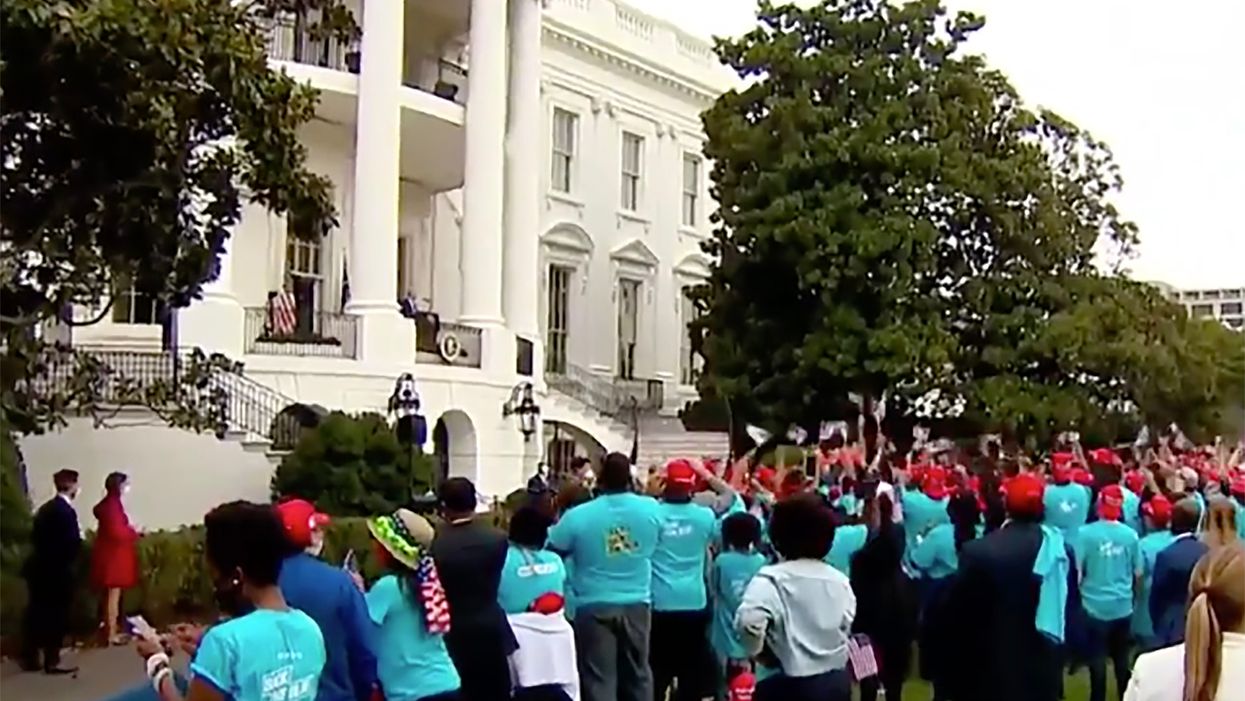 President Trump greeted a couple hundred people gathered on the South Lawn of the White House from a balcony on Saturday in an event many on Twitter have dubbed "COVchella."

"No one is hurt more by the left-wing war on cops than African Americans," Trump said. "Last year, in just 4 Democrat-Run cities, over 1,000 African-Americans were murdered as a result of violent crime. And the riots, looting, and arson disproportionately hurt Black and Latino communities."

The smaller than expected gathering on the South Lawn of the White House was organized by controversial conservative activist Candace Owens' group Blexit, a campaign to urge Black Americans to leave the Democratic Party.

Trump's advisor on COVID-19 was not wearing a mask at Saturday's rally. Dr Scott Atlas was spotted standing off to the side of the South Lawn.

Although the Trump administration refuses to say whether he's still infected with the COVID-19 virus, Trump plans to hold rallies in Florida on Monday, Pennsylvania on Tuesday and Iowa on Wednesday.