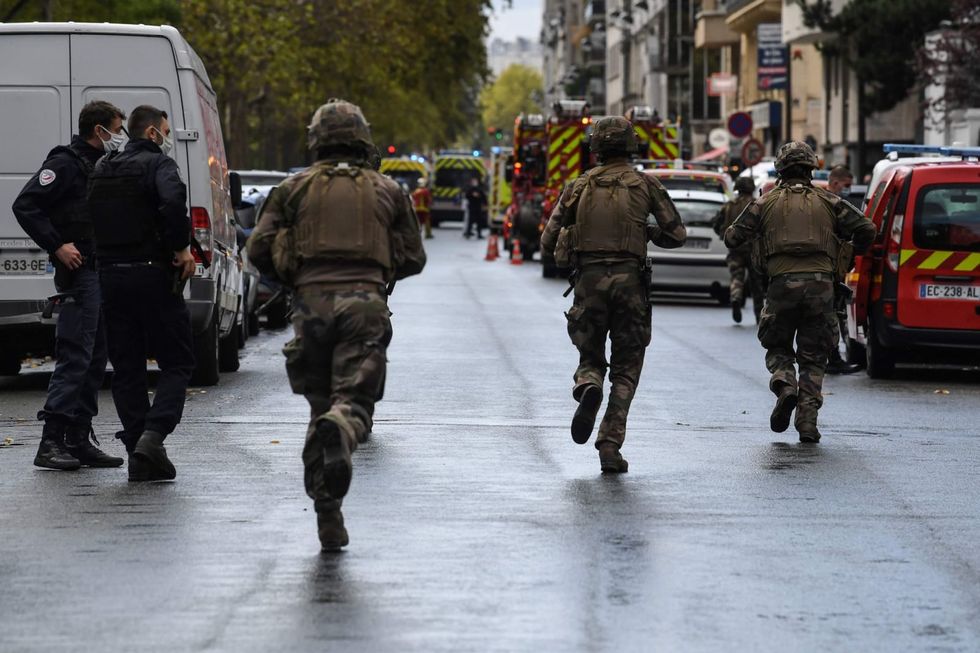 Knife attacking in Paris - French army soldiers rush to the scene after several people were injured near the former offices of the French satirical magazine Charlie Hebdo following an alleged attack by a man wielding a machete. - Alain Jocard/AFP/dpa
DPA
October 24, 2020

The Paris-based production company, whose employees were injured in a knife attack, had helped produce a documentary about the attacks on the French satirical magazine Charlie Hebdo editorial team."Three Days Of Terror: The Charlie Hebdo Attacks" is the name of the documentary that was produced for the US broadcaster HBO, the BBC and French broadcaster France 2.Witnesses, police officers and survivors speak in the film about the series of terrorist attacks in January 2015, in which a total of 17 people were killed over several days, according to the website of the company Premieres Lignes.The ...