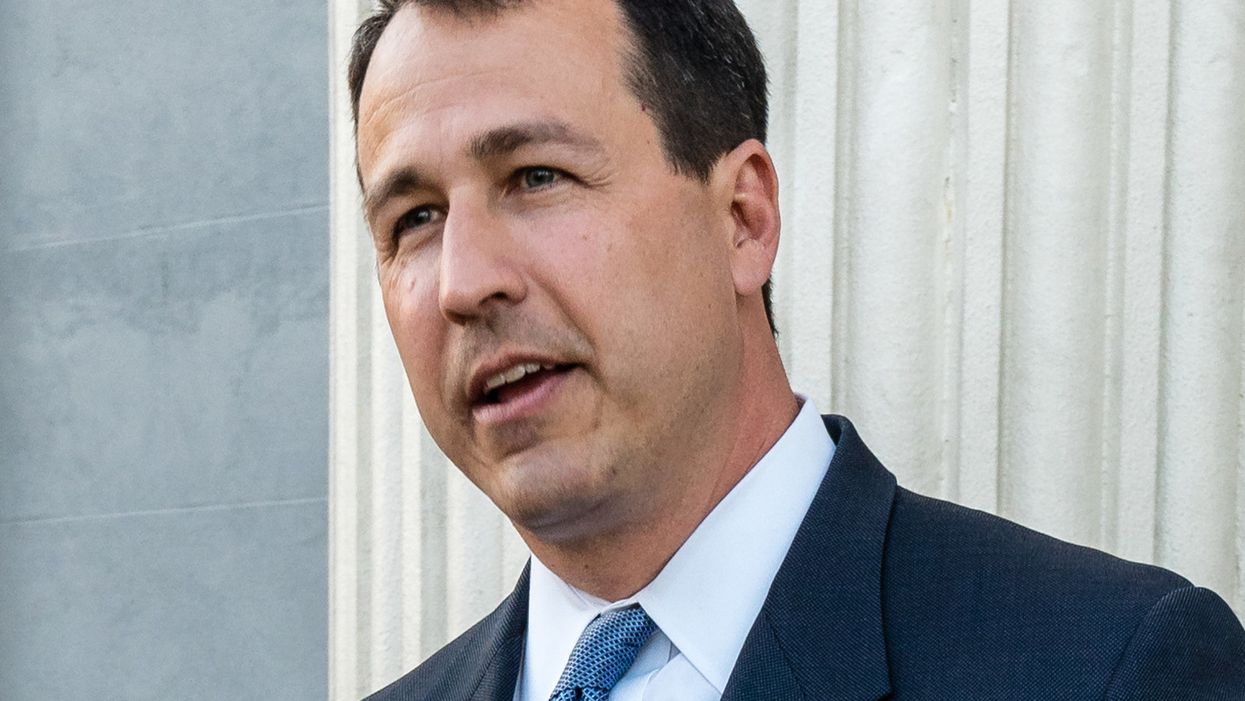 Republicans have been hoping that the news of Democrat Cal Cunningham sending romantic text messages to a woman other than his wife would hurt him in North Carolina's U.S. Senate race. But Politico's James Arkin is reporting that so far, the scandal hasn't hurt him in the polls: Cunningham still has mostly single digit leads over incumbent Republican Sen. Thom Tillis.

Arkin, in an article published on October 13, notes, "A trio of public polls in the past two days showed Cunningham ahead…. including a 48%-44% lead in (a) Monmouth survey. They corroborate what Democrats have said: voters are well aware of the issue but aren't budging from Cunningham."

In addition to the Monmouth poll showing Cunningham with a 4% lead over Tillis, Cunningham is ahead by 6% in a Morning Consult poll and 10% in a SurveyUSA poll. These three polls, according to Arkin, indicate that so far, the scandal "hasn't made a dent."

A Reuters/Ipsos poll, released October 13, found Cunningham ahead by 4%. And a Susquehanna poll released the following day showed Cunningham leading by 2%.

"North Carolina is one of the most important Senate races on the map," Arkin notes. "Spending in the contest is already close to $200 million, and it's on track to be the most expensive Senate election in history. Republicans have seized on Cunningham's affair with TV ads bashing him as a hypocrite and unfit for office."

Cunningham has had plenty of attack ads of his own, often slamming Tillis for hoping to see the Affordable Care Act of 2010, a.k.a. Obamacare, overturned during a deadly pandemic.

Wayne Goodwin, chairman of the North Carolina Democratic Party, argues that North Carolina voters are more interested in where Cunningham stands on the issues than his personal life. Goodwin told Politico, "He has apologized. He knows that he has disappointed his family and friends and supporters. But everyone agrees, and that poll further verifies, that the election to the United States Senate and which party has the majority in the United States Senate, rests not on one individual, but where individuals stand on key issues such as health care."

In the 2020 election, Democrats are not only hoping that former Vice President Joe Biden will win the presidential election, but also, that they will obtain a majority in the U.S. Senate. Tillis is among the incumbent GOP senators who is considered vulnerable, along with Maine's Susan Collins, Arizona's Martha McSally, Iowa's Joni Ernst and Colorado's Cory Gardner. Hands down, the most vulnerable incumbent Democratic U.S. senator is Alabama's Doug Jones, who was trailing Republican Tommy Tuberville by 12% in an Auburn University at Montgomery poll released on October 5. But even if Jones loses, Democrats will obtain a Senate majority if Tillis, Collins, Ernst, Gardner and McSally all lose.

According to Arkin, Republicans "face a challenge in moving the needle" in North Carolina's U.S. Senate race.

"Voters already have high awareness of the affair," Arkin observes. "In the Monmouth survey, 80% of voters had heard about Cunningham's texts with a woman who is not his wife. But only 14% said it disqualified him from office; 32% said it called his character into question but did not disqualify him; and 51% said it's an issue for only him and his family."