Pat Robertson: 'The Lord told me' Trump will be reelected — and help set off the Apocalypse 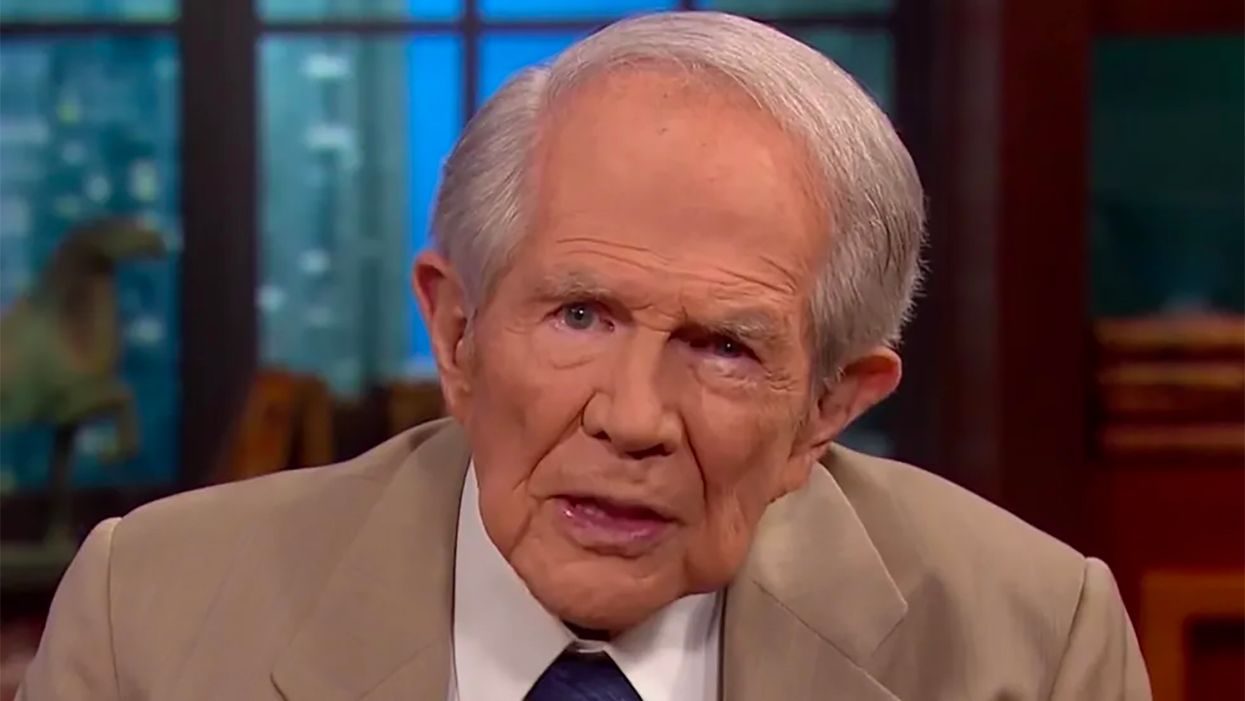 Christian fundamentalist evangelical and televangelist Pat Robertson is predicting that President Donald Trump will win reelection and usher in the end of the world.

The 90-year-old Robertson, this week on his long-running show, "The 700 Club," predicted, "I want to say, without question, that Trump is going to win the election…. He's going to win; that, I think is a given."

Robertson went on to say that after Trump wins in November, major wars will follow. Those wars, according to Robertson, will be part of the End Times — and Christians who vote for Trump can help to bring that about.

The far-right evangelical argued, "We've never seen the likes of it before, but I want to relate to you again: there is going to be a war. Ezekiel 38 is going to be the next thing down the line. Then, a time of peace and then, maybe the end. But nobody knows the day or the hour when the Lord is going to come back. He said the angels don't know it, and only the Father knows it."

Trump's reelection, according to Robertson, will be part of a series of events in which Jesus Christ returns to Earth.

"I am saying that if things that people thought would be during the millennial time with the coming of Jesus, they are going to happen in our lifetime," Robertson told viewers. "And the next thing is the election that's coming up in just a few weeks — at which time, according to what I believe the Lord told me, the president is going to be reelected."

One of the most prominent figures in the far-right evangelical movement, Robertson founded the Christian Broadcasting Network in the early 1960s and launched "The 700 Club" in 1966. Robertson, the son of the late Democratic Sen. Absalom Willis Robertson, ran for president in 1988 but lost to Vice President George H.W. Bush in that year's GOP presidential primary.