Billionaire wealth rises to more than $10 trillion for first time ever amid pandemic: analysis 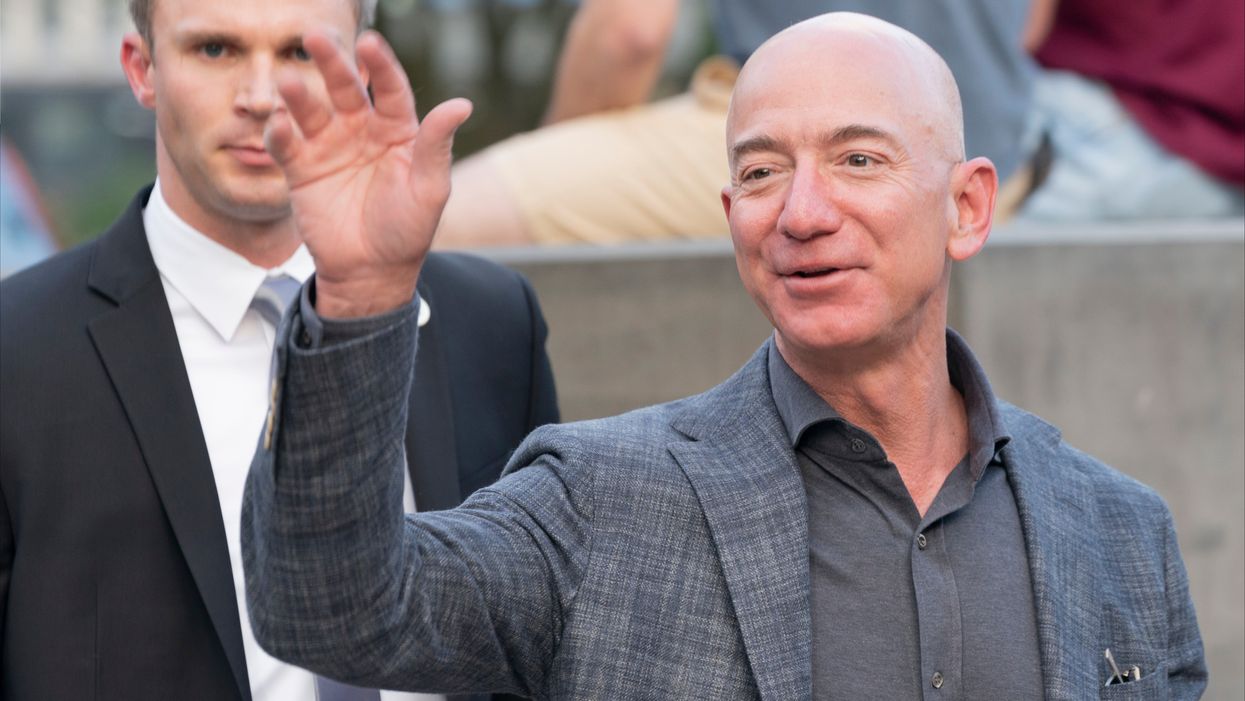 Billionaire wealth increased to $10.2 trillion through the end of July, setting a new record amid the coronavirus pandemic even as millions of unemployed people fall into poverty.

Wealth held by billionaires around the world rose to $10.2 trillion in July, up from the previous record of $8.9 trillion in 2017, according to an analysis by Swiss bank UBS and consulting firm PwC.

While the UBS analysis looked at billionaires around the world, a separate analysis by the Institute for Policy Studies and Americans for Tax Fairness found that billionaire wealth in the United States has grown by $792 billion, or 27%, since the beginning of coronavirus lockdowns in March. The combined wealth of American billionaires now tops $3.7 trillion.

Some prominent billionaires have done particularly well. Amazon CEO Jeff Bezos has seen his wealth rise more than 60% during the pandemic to $195 billion through late August, according to the analysis. Tesla CEO Elon Musk saw his wealth more than triple to $85 billion over that time frame.

"For billionaires, this is a heads-we win, tails-you-lose economy, boosted by Trump policies to funnel wealth to the top," Chuck Collins, the head of the Institute for Policy Studies' Program on Inequality, said in a news release.

"The pandemic profiteering of America's billionaires shows taxes on the wealthy must go up substantially to narrow the wealth gap and raise revenue vital for our big climb back from disaster," added Frank Clemente, executive director of Americans for Tax Fairness. "By demanding even more tax cuts for the rich at this crucial moment President Trump shows he is as out of touch with our nation's needs as America's billionaires are disconnected from our nation's misery."

Some executives, like Zoom CEO Eric Yuan and Bezos, have profited from a boom in business caused by the lockdowns. Others have profited directly from government aid distributed to their companies. But most billionaires saw their wealth increase due to rising investments, buoyed by a stock market surge propped up by government assistance.

The rising wealth amid an economically devastating pandemic threatens to deepen longstanding inequalities.

"Extreme wealth concentration is an ugly phenomenon from a moral perspective, but it's also economically and socially destructive," Luke Hilyard, the executive director of the High Pay Center, a think tank that focuses on excessive executive pay, told The Guardian. "Anyone accumulating riches on this scale could easily afford to raise the pay of the employees who generate their wealth, or contribute a great deal more in taxes to support vital public services, while remaining very well rewarded for whatever successes they've achieved. The findings from the UBS report showing that the super-rich are getting even richer are a sign that capitalism isn't working as it should."

UBS executive Josef Stadler also acknowledged that billionaires could face societal backlash over their growing wealth as many people face months if not years of struggles.

"We're at an inflection point," he told the outlet. "Wealth concentration is as high as in 1905, this is something billionaires are concerned about. The problem is the power of interest on interest – that makes big money bigger and, the question is to what extent is that sustainable and at what point will society intervene and strike back?"

But it's far from the first time that billionaires profited while millions suffered. The Institute for Policy Studies found that the wealthiest 400 billionaires in the US not only recovered from the 2008 recession within three years but increased their wealth by 80% over the following decade. By comparison, the bottom 80% of earners have still not recovered.

The problem has been even worse globally. Between 88 million and 114 million people around the world have fallen into extreme poverty, defined as living on less than $1.90 per day, since the pandemic hit, according to the World Bank. There are now more than 700 million people living in extreme poverty and researchers expected that number to keep rising.

"This is the worst setback that we've witnessed in a generation," Carolina Sánchez-Páramo, the global director of the World Bank's Poverty and Equity Global Practice, told The Wall Street Journal.

World Bank Group President David Malpass argued in a speech this month that the problem is worse in developing economies because "rich countries" have the resources to expand sweeping "government spending programs" while poorer economies have few tools to mitigate the economic damage.

The US, by contrast, should be doing better if not for Republican reluctance to increased government relief. Federal Reserve Chairman Jerome Powell warned Congress last month that inaction in the face of growing inequality would be highly damaging to the economic recovery.

"Those are things that hold back our economy," he said at a news conference. "If we want to have the highest potential output and the best output for our economy, we need that prosperity to be very broadly spread."

Many analysts have also faulted Powell and the Fed for contributing to the growing inequality with policies "disproportionately benefiting stockholders," according to the Associated Press.

Just as the coronavirus has exposed longstanding health disparities between the richest and poorest Americans, the growing inequality is largely the result of a "catastrophic failure to tackle inequality" well before the pandemic struck, according to a report from Oxfam International.

"Governments' catastrophic failure to tackle inequality meant the majority of the world's countries were critically ill-equipped to weather the pandemic," said Oxfam interim executive director Chema Vera. "No country on earth was trying hard enough to reduce inequality and ordinary people are bearing the brunt of this crisis as a result. Millions of people have been pushed into poverty and hunger and there have been countless unnecessary deaths."