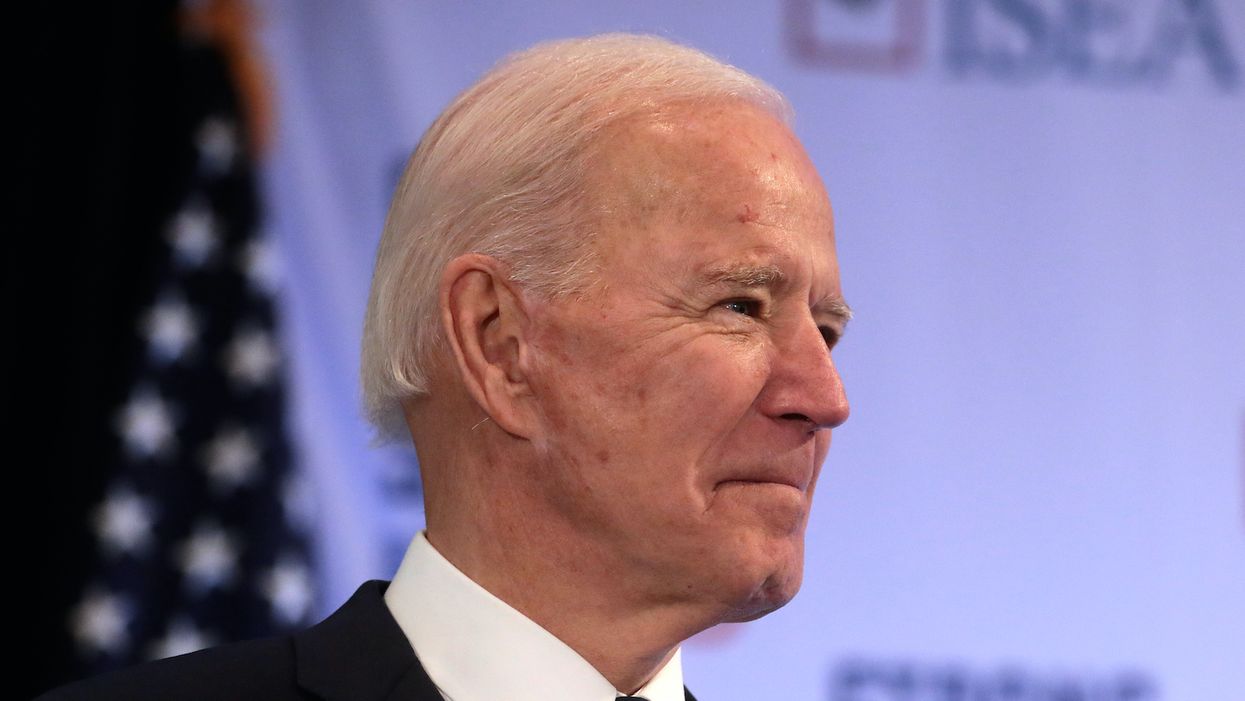 Given how brazenly Republicans blocked Barack Obama's judicial nominees on an unprecedented scale and then packed the federal courts with young, conservative judicial activists, it was disappointing to see Joe Biden and Kamala Harris both dodge the question of whether they would expand the Courts if they win and Senate Republicans confirm Amy Coney Barrett in a shambolic process. The question is a layup that they should have been able to convert into a slam dunk. Evading it made them seem defensive when public opinion is clearly on their side.

Here's how they should handle such questions:

All options are on the table

"We will be watching closely to see what happens. If Republicans go against the will of the American people, who clearly think the winner of the election should fill that seat, and rush through a nomination process without properly vetting a nominee for a lifetime position on the Court, then all options are on the table.

"We don't know who will hold the White House and Senate next year, so there's no point in discussing a hypothetical. What I will say now is that we are not going to allow a partisan Supreme Court to strip health coverage from 20 million Americans, remove protections for people who have pre-existing conditions, take away a woman's right to choose or limit citizens' right to vote. We'll keep all of our options on the table."

They should also broaden the conversation beyond expansion.

"And when I say 'all options,' I mean all options. If they go through with this charade of a confirmation, we'll look at rebalancing the Court, but we'll also look at term limits and perhaps rotating justices from the lower courts to the Supreme Court. Right now, the GOP's reckless disregard for the will of the people makes it clear that the stakes for seating a justice have just become too high. But there are different ways we can go about lowering the temperature a bit and making the process less polarizing. Again, our priority is protecting Americans from a Court stacked with Trump's judicial activists."

Focus on the corrupt process

Keeping their options on the table shifts the focus to what might factor into a decision to rebalance the Court. And that's an opportunity to talk about Republicans desperately rushing through a nominee with limited hearings while two members of the Judiciary Committee are unable to participate in hearings after testing positive for Covid-19.

"Look, according to The Congressional Research Service, the average time to get a nominee through the process is 2.2 months. But those confirmations didn't take place in the middle of an election season with Congress in recess because of the pandemic. There just isn't enough time on the Senate calendar to do this right. There isn't enough time for the American people to learn what they need to about Amy Coney Barrett and her judicial philosophy. There's a reason we hold bipartisan hearings and thoroughly vet nominees before giving them a lifetime appointment on the bench. They're making a mockery of this process and that's why we're going to keep our options open."

In 1992, then-Senator Joe Biden said in a floor speech that a Supreme Court nomination shouldn't be considered during a presidential election. It was June, and there wasn't a vacancy on the Court at the time. He was essentially arguing against the Senate doing precisely what Mitch McConnell is attempting to do right now. But in 2016, McConnell and Senate Republicans distorted those comments to claim that they applied to blocking Merrick Garland's nomination despite the fact that Barack Obama nominated Garland in mid-March, almost 8 months before that year's election. The "Biden Rule," as they have called it ever since, was (and is) a complete lie.

Shortly after his election in 2015, Arizona Governor Doug Ducey added two seats to his state's Supreme Court and filled them with conservatives whose views aligned with his agenda. It wasn't an exact parallel with Democrats rebalancing the Court if they win next month--Ducey already had a conservative majority on the court and Arizona's Governor has to pick from a list of judges submitted by a commission filled with allies--but the Ducey Rule would be a lot more honest than the Biden Rule was. (Georgia Governor Nathan Deal also expanded his state's Supreme Court by 2 seats that year.)

Democrats should invent the Ducey Rule (or the Deal Rule) and use it to reframe the question more broadly and make it about what response to the GOP's relentless efforts to control the federal judiciary might be appropriate. "Look what you made us do" has long been a common justification for Republican norm-breaking.

"Let's get one thing straight: Democrats don't want to mess with the Court. If we do end up rebalancing the Court or instituting other reforms--if we do apply the Ducey Rule on the federal level--it will only be because Republicans have been packing the Courts for a decade. We've never seen anything like Mitch McConnell's blockade of Obama's nominees. That left so many open seats that the federal judiciary was barely able to function. Cases stacked up. And then Trump, who lost the popular vote by almost 3 million and was never given a mandate by the American people, filled those vacancies with justices that supported his agenda to kill the Affordable Care Act and limit Americans' civil rights. Many of them were rated "unqualified" by the American Bar Association. That's the only reason why anyone's even talking about expanding or rebalancing the Court.

"Again, we will do whatever it takes to protect the American people."