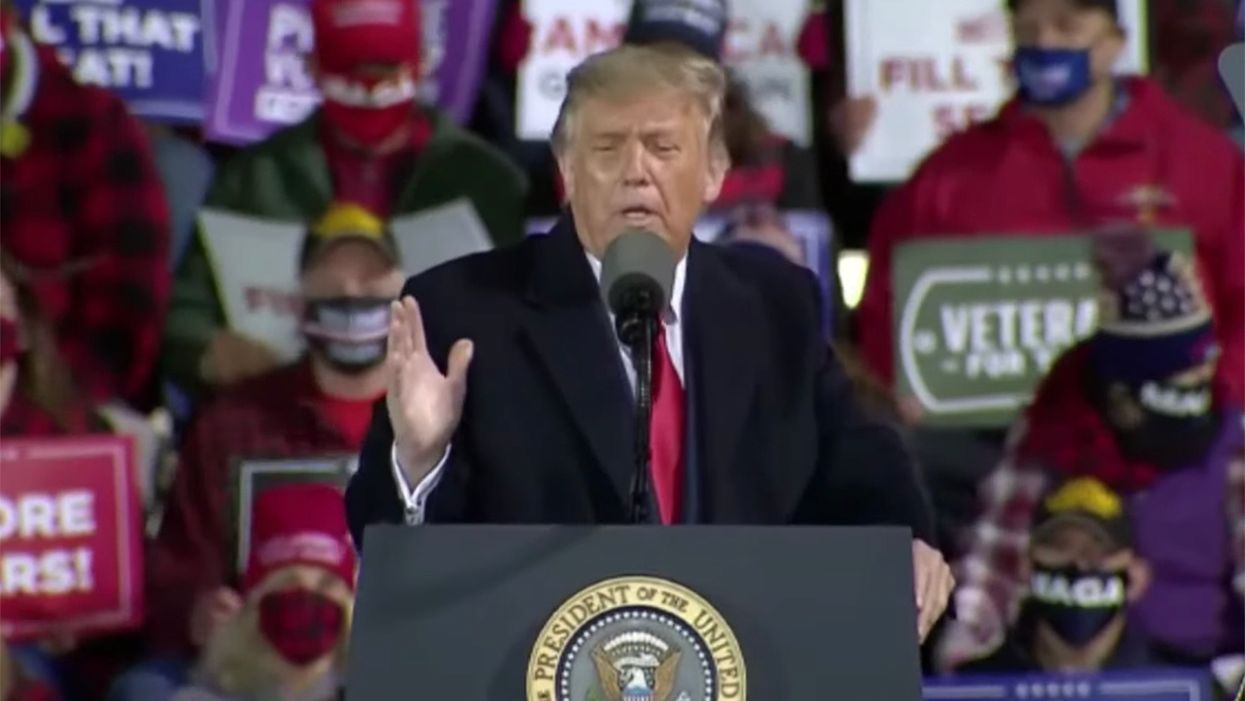 During the coronavirus pandemic, the lack of social distancing and protective face masks at President Donald Trump's events have made them giant Petri dishes — including a MAGA rally that was held in Bemidji, Minnesota on September 18. And according to WCCO-TV, a CBS affiliate in Minneapolis, state health officials are saying that at least nine COVID-19 infections "can be linked to" that event.

"Officials in Minnesota are worried about a spike in COVID-19 cases they're seeing in rural areas and communities that border other states," WCCO reports. "The (Minnesota) Health Department has been able to track some of those cases to Trump's campaign rally in Bemidji."

Those nine infections include "two hospitalizations," according to WCCO.

Dr. George Morris of CentraCare — a hospital group in Minnesota — told WCCO that he is worried about the safety of medical workers in his state. According to Morris, "This is a hard time…. We have the beds. We have the people, but as we get more of these exposures, what's going to happen to our availability? That's something to be worried about."

On October 9, the Duluth News Tribune reported that Minnesota's death count from COVID-19 had reached 2121. And a day earlier, according to the Tribune, health officials in Minnesota "reported the second-highest number of new COVID-19 hospital admissions in a single day in the pandemic."