The GOP is shrinking — and Democrats have a chance to create a real democracy: professor 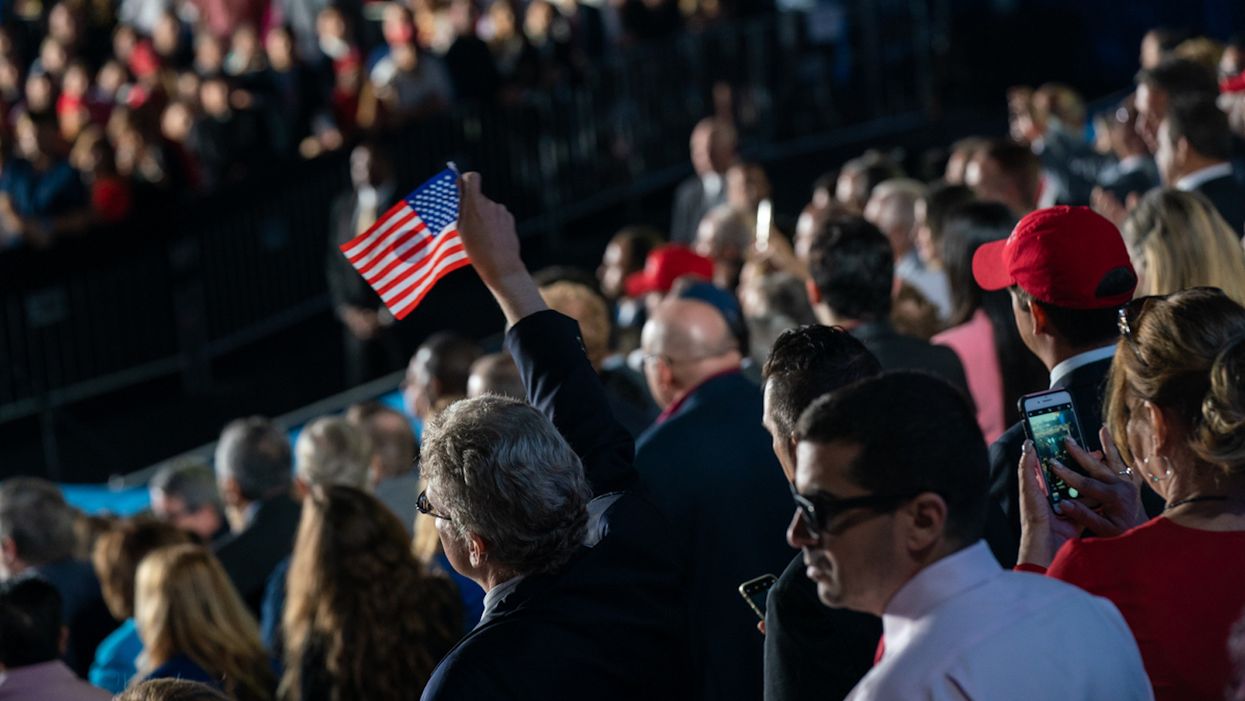 If President Donald Trump loses to former Vice President Joe Biden on November 3 — assuming he doesn't manage to pull off a narrow Electoral College victory — we'll be forced to ask: "Where do the Republican Party and the conservative movement go from here?"

As part of a beginning to the answer for that question, Corey Robin, a political science professor at Brooklyn College, analyzes the state of American conservatism in an article for the New York Review of Books and lays out some ways in which it has evolved in recent decades.

"In its heyday, American conservatism was called a 'three-legged stool,'" Robin explains. "One leg was economic and libertarian, appealing to business-minded voters with a platform of tax cuts, deregulation and gutting the welfare state. The second leg was statist and anti-communist, rallying militarists eager to fight and win the Cold War. The third leg was cultural and traditionalist, speaking to voters who were anxious about religion, sex and race — and who hoped to roll back the reforms of the Warren Court and the '60s."

The different "legs" of conservatism that Robin refers to were evident during the 1980s, when President Ronald Reagan oversaw a fragile coalition that ranged form libertarians to neocons to Christian fundamentalist evangelicals — a movement that Sen. Barry Goldwater was openly contemptuous of when he railed against the Moral Majority's Rev. Jerry Falwell, Sr. and the Christian Broadcasting Network's Pat Robertson. But for all their infighting, conservatives dominated the political conversation during the 1980s. And Robin recalls that "liberals and Democrats were forced to accept, as a condition of governance, many of the premises of Republican rule, much as [President Dwight D.] Eisenhower and [President Richard] Nixon had once had to accommodate parts of the New Deal."

Ahead of this year's presidential election, Robin notes, the "three-legged stool of conservatism looks vastly different" from what it was in the past.

"Conservatism is no longer a movement in ascendancy," Robin argues. "Nor is it much of a party in power: even when it controlled all the elected branches of government, from 2016 to 2018, the GOP wasn't able to push many parts of its agenda through Congress. The tax cuts were the notable exception. Conservatism has ceased to be a political project capable of creating hegemony through majoritarian means."

"To judge by its vote-getting and vote-suppressing efforts in 2020, the GOP has little hope for or interest in securing a mandate from the majority, of creating or maintaining a common sense of the whole," Robin writes. "It seeks instead to cobble together enough electoral votes out of states representing a minority of the electorate — often rural, older and white."

If Republicans lose both the White House and the U.S. Senate in November, Robin explains, their best line of defense will be the federal judiciary.

"Though much attention has been focused on the Supreme Court, the GOP's impact has been especially acute at the lower levels of the judiciary," Robin writes. "Trump has appointed more appellate judges than any other president in the first three years and almost as many as Barack Obama appointed over the entirety of his two terms…. Trump's judges are rich, white and built to last."

Robin wraps up his article by stressing that the GOP will become increasingly reliant on the federal judiciary and "gonzo constitutionalism" if there is a major blue wave in November.

"If the Democrats win the White House and the Senate in November — and if they hope to implement the merest plank of their platform — it will be they, and not the Republicans, who will have to engage in a major project of norm erosion," Robin argues. "It will be they who will have to abolish the filibuster. It will be they who will have to pack the Supreme Court or limit the courts' jurisdiction…. Should the Democrats take any of these measures — whether to secure the voting rights of African-Americans, reduce economic inequality, or address climate change — we will see that norm erosion is not how democracies die, but how they are born."