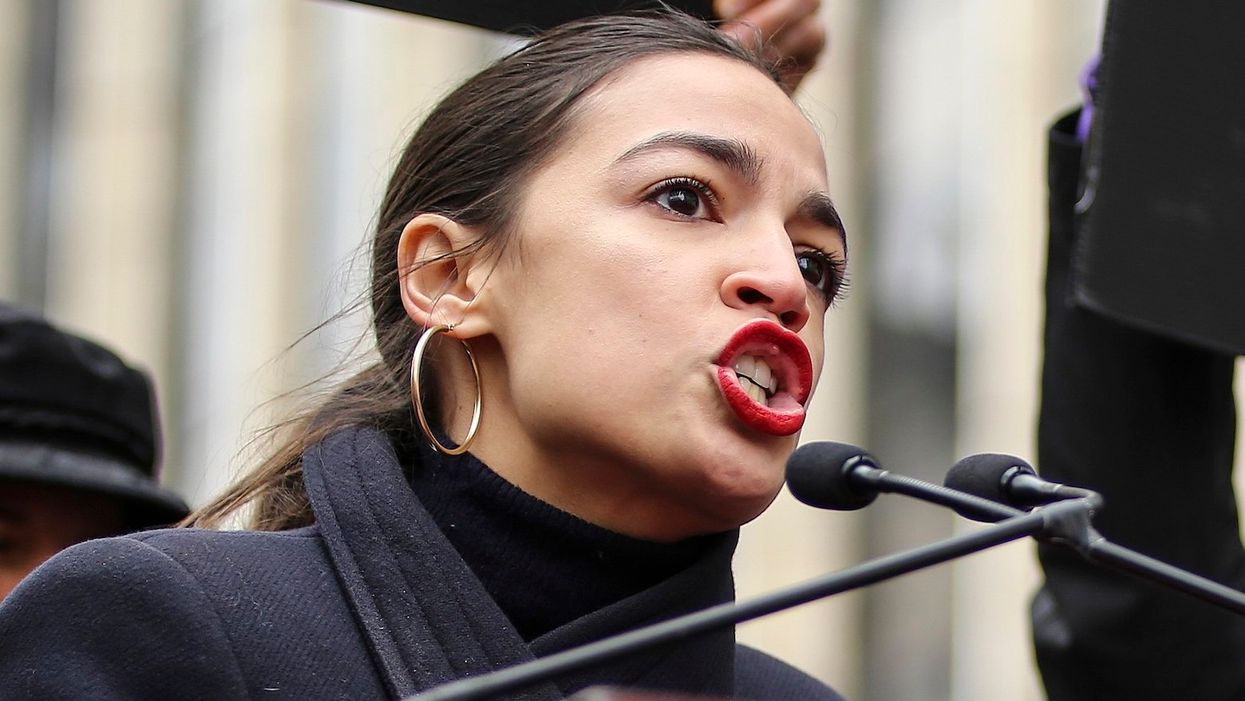 "It's long past time to open doors for people who have been systematically shut out and provide a better option for those grappling with the costs of simply trying to participate in an economy they have every right to—but has been rigged against them."

That's according to Rep. Rashida Tlaib (D-Mich.), who along with Rep. Alexandria Ocasio-Cortez (D-N.Y.) and a handful of other progressives in Congress introduced legislation on Friday they say "would provide a much-needed financial lifeline to states and municipalities, as well as unbanked and underbanked residents, that have been left in dire straits by the Covid-19 pandemic."

Specifically, as a joint statement from the congresswomen explains, the Public Banking Act (pdf) would enable "the creation of state and locally administered public banks by establishing the Public Bank Grant program administered by the secretary of the Treasury and the Federal Reserve Board which would provide grants for the formation, chartering, and capitalization of public banks."

"We spent $30 trillion in the global crisis from 2007-2009 propping up financial institutions that held the country hostage for their reckless behavior. Only $8 trillion dollars has been committed thus far in the Covid-19 pandemic," Tlaib noted. "These banks have been, are, and will continue to depend on the public dollar. It is time for this relationship to be reciprocated and have the banks work for the people and not solely privatized profits wreaking havoc on communities of color."

In addition to allowing the Treasury secretary and the Fed's board to give grants to public banks for "bank formation, capitalization, developing financial market infrastructure, supporter operations, covering unexpected losses, and more without the requirement to provide matching funds," the bill:

Tlaib and Ocasio-Cortez argue that public banks not only would benefit city and state governments and aspiring entrepreneurs due to lower interest rates and fees, but also could result in broader community benefits by, for example, funding public infrastructure projects. Ocasio-Cortez called their legislation "monumental."

"Public banks are uniquely able to address the economic inequality and structural racism exacerbated by the banking industry's discriminatory policies and predatory practices," she said. "The creation of public banks will also facilitate the use of public resources to construct a myriad of public goods including affordable housing and local renewable energy projects. Public banks empower states and municipalities to establish new channels of public investment to help solve systemic crises."

Climate Justice Alliance policy coordinator Anthony Rogers-Wright expressed excitement that "our values regarding the need for a rapid Fossil Fuel phaseout" are represented in the bill, highlighting evidence that economically, "Big Oil is in big trouble and the people don't want the money they keep in their banks utilized to bailout or finance an industry that's killing people and planet."

Take on Wall Street campaign director Porter McConnell explained that her group supports the Public Banking Act "because public banks can create jobs and boost the local economy, save cities and states money, and lend counter-cyclically to blunt the impact of Wall Street booms and busts."

"As we learned recently from the Paycheck Protection Program, when you pay big Wall Street banks to provide public goods, they inevitably reward themselves and their friends at the expense of white, Black, and brown working families," McConnell said, referencing the business loan program established in March by Congress' last Covid-19 relief measure. "We deserve a financial system for working families, not the big banks."