Amy Coney Barrett's position on Obamacare is quite literally unbelievable 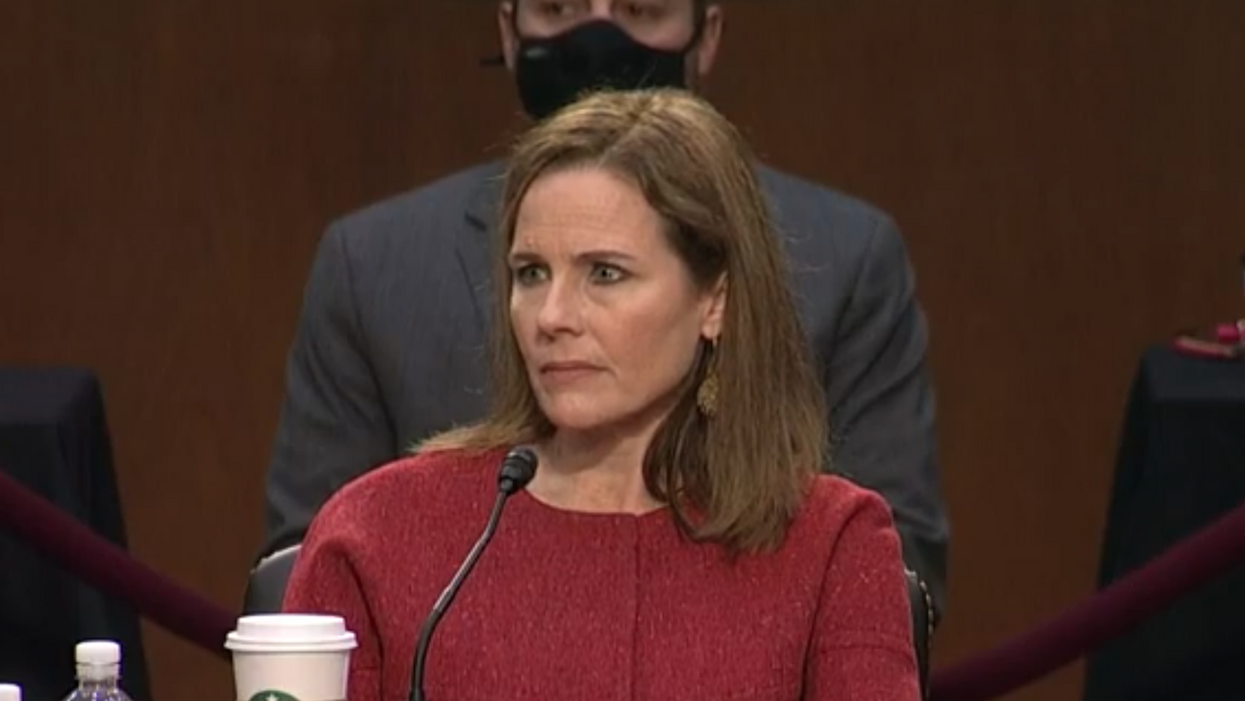 Amy Coney Barrett might just be only person in public life on Oct. 13, 2020 who does not know how many people have been infected with the coronavirus in the U.S. (more than 7 million) or how many people have received health insurance coverage under the Affordable Care Act (ACA) (more than 20 million) and from Medicaid expansion from that law (around 15 million and growing, because of COVID-19 job loss). She would have the Senate—and the American people—believe that she has been so much locked in her ivory tower where she can't possibly have prejudged any issue that might come before her that she has no clue what's happening in the biggest crisis facing the nation since WWII.

She sat there, with her blank notepad, demonstrating that she had absolutely no reason to even bother to prepare for these hearings because she knew no matter what, Sen. Mitch McConnell had the votes to put her on the highest court of the land. So she could come before these senators and play dumb on the health care of every person in this country in the middle of a pandemic. Which the Supreme Court will hear exactly one week after the election.

She continued to play dumb, telling Sen. Dianne Feinstein that the ACA challenge pending before "the court doesn't present that issue" of preexisting conditions. "It's not a challenge to pre-existing conditions coverage or to the lifetime maximum relief to a cap." That is absolutely not true. The Trump administration, which chose her for this job, is challenging the entirety of the law. The Republican states' attorneys general, who brought the case, are challenging the entirety of the law, asking the court to strike down the entire thing. That includes the health insurance of something like 23 million people and the preexisting condition protections for more than 100 million, a figure that grows with each coronavirus infection.

"I assure you I am not hostile to the ACA. I am not hostile to any statute that you pass," Barrett told Sen. Durbin, who asked about her previous comments criticizing Chief Justice Roberts' reasoning in past ACA cases, which allowed the bulk of the law to remain intact. "You've been unequivocal in being critical of the decisions both in NFIB v. Sebelius and King v. Burwell and we naturally draw the conclusion there's going to be a third strike when it comes to Texas and California," Durbin said.

She dismissed her well-documented criticisms of those decision as "a law professor" critiquing "the statutory interpretations of the majority opinions" and that "I think that your concern is that because I critiqued the statutory reasoning, that I'm hostile to the ACA. And that because I'm hostile to the ACA, that I would decide a case in a particular way. And I assure you, I am not. I'm not hostile to the ACA. I'm not hostile to any statute that you pass." Which is a lot of hooey and talking around the fact that her hostility to the law is well-documented. Now we're expected to believe her that all that criticism isn't relevant anymore, that it won't even cross her mind when considering the current challenge.