Barrett slammed for use of ‘sexual preference’: She lives 'in a very enclosed — and homophobic — bubble' 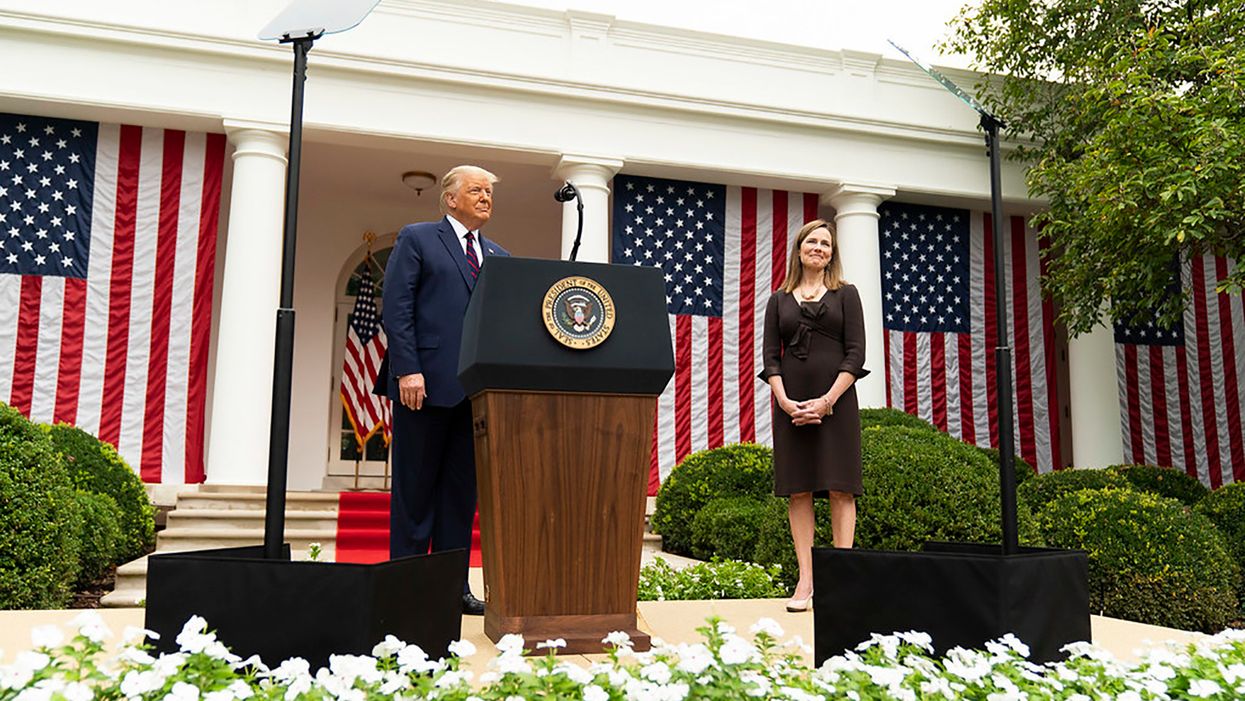 Judge Amy Coney Barrett's responses during the first day of questioning in her Supreme Court confirmation hearing are being thoroughly criticized. In just the first hour of questioning, Coney Barrett refused to tell Senators if she would overturn the Affordable Care Act, a woman's right to abortion, or same-sex marriage.

But it was her responses to a question about discrimination that led many to express outrage.

Coney Barrett insisted she has never discriminated against LGBTQ people based on "sexual preference."

The phrase itself is offensive to LGBTQ people. Aside from being outdated, and demonstrating Judge Coney Barrett's views are antiquated, it is a term that makes clear those who use it believe being LGBTQ is a choice.

"The term 'sexual preference' is typically used to suggest that being lesbian, gay or bisexual is a choice and therefore can and should be 'cured,'" according to GLAAD. "Sexual orientation is the accurate description of an individual's enduring physical, romantic and/or emotional attraction to members of the same and/or opposite sex and is inclusive of lesbians, gay men, bisexuals, as well as straight men and women."

And as attorney and author Jill Filipovic notes, Judge Coney Barrett indeed has discriminated based on "sexual preference."

Attorneys Mark Joseph Stern and Sasha Samberg-Champion both link Judge Coney Barrett's use of the offensive term to her ties to the anti-LGBTQ hate group Alliance Defending Freedom (ADF).

I know the phrase “sexual preference” was common in the old days, but LGBTQ people almost never use it today, for g… https://t.co/TtzAE18xaO
— Mark Joseph Stern (@Mark Joseph Stern)1602599143.0

Here's how many are responding to Coney Barrett's offensive remarks:

I know the phrase “sexual preference” was common in the old days, but LGBTQ people almost never use it today, for g… https://t.co/TtzAE18xaO
— Mark Joseph Stern (@Mark Joseph Stern)1602599143.0

Saying that you have never discriminated against someone because of their “sexual preference” is a sure fire way fo… https://t.co/5EBBAbDGwi
— Guy Cecil (@Guy Cecil)1602598744.0

The people who use "sexual preference" do it purposely so they can justify discriminating against people for their… https://t.co/01rWxsO3Ks
— LOLGOP (@LOLGOP)1602598148.0

Here's a thing that ended some time ago: this concept of "sexual preference." It seems that public officials, incl… https://t.co/khUBbOWqFk
— Todd Breasseale (@Todd Breasseale)1602597784.0