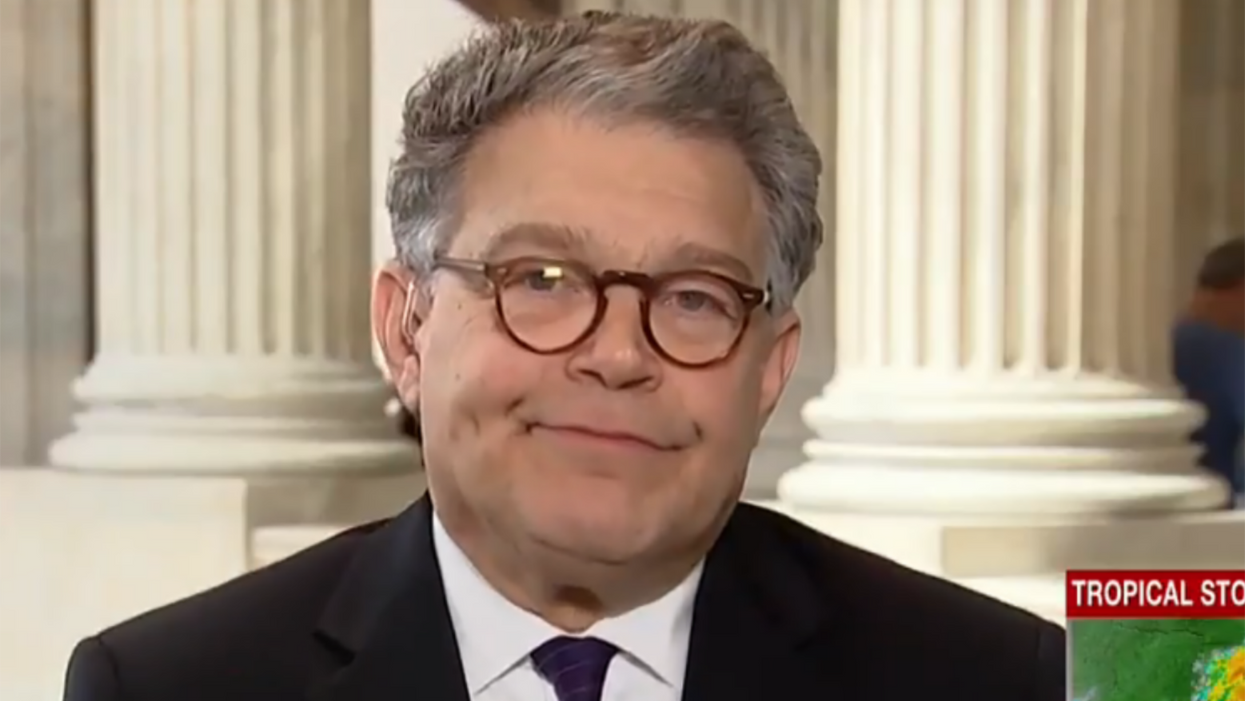 "I was there in [2016] when the president nominated Merrick Garland. All of them said the same thing. The president can't nominate someone this close to an election," said Franken, who previously served on the Senate Judiciary Committee. "Coney Barrett went on CBS TV after Scalia died and made the exact same case, saying that the president can't nominate someone during an election year. She contrasted it to when Anthony Kennedy was sworn in, in February of '88. She made the point that that had come from Powell's resignation. She said well, that's a conservative judge and the new judge, justice will be conservative. That's appropriate. But when she said Scalia was an arch-conservative or committed conservative, whatever the word she used and said that Obama appointee would change the balance of the court and that was inappropriate."

"You go back and see her words. She's a total hypocrite," added Franken. "Not only are the Republican members of the Senate hypocrites, they wouldn't meet with Merrick Garland. They lied about what the so-called Biden Rule was. there was no Biden Rule."

"Also she's a terrible choice in so many ways," said Franken. "I questioned her, as you may remember, she had taken money from the [Alliance Defending Freedom], a hate group, Southern Poverty Law Center had labeled them as a hate group. They are for the sterilization of transgender people. She took money from them. She's an extreme choice and believes … that life starts at conception and that it would be a crime to destroy an egg that was fertilized in in vitro fertilization, a frozen egg."