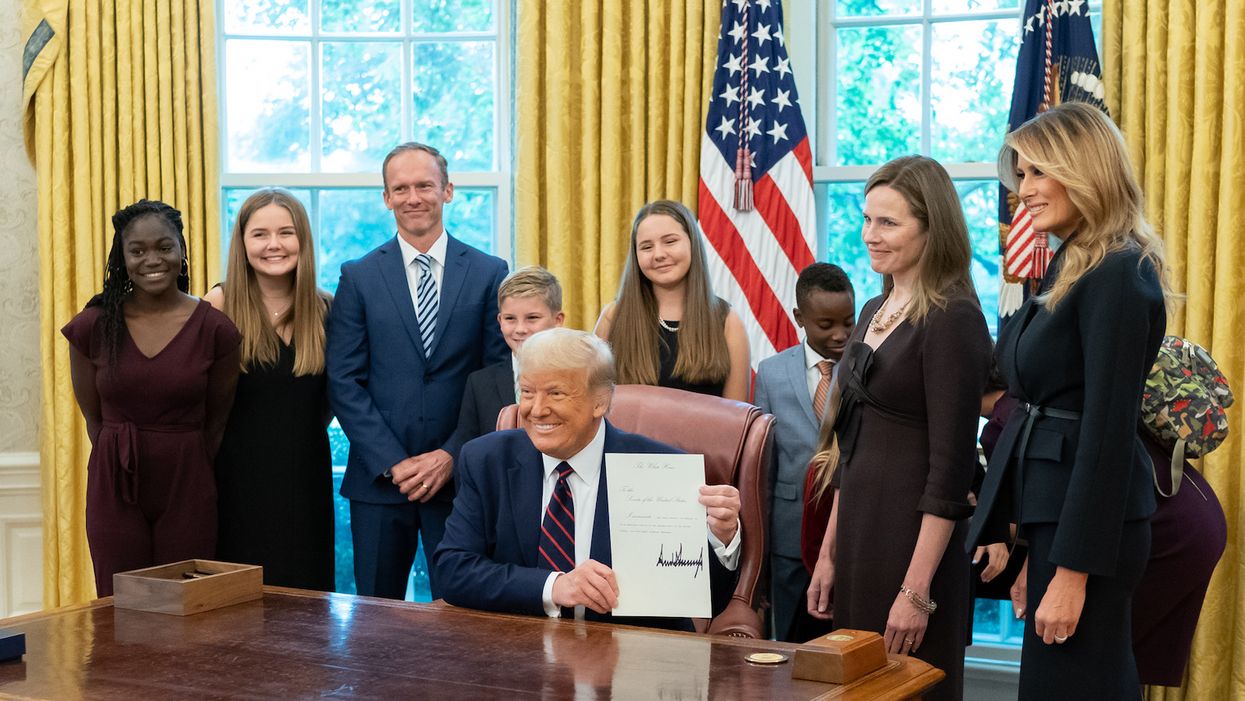 A Supreme Court case that was decided over a decade ago may come back to haunt Judge Amy Coney Barrett as America enters an impending post-election 2020 judicial nightmare; one in which the sitting president may deny a peaceful transfer of power.

Caperton v. A.T. Massey Coal Co. was argued in 2009 with the primary holding that a judge cannot hear a case that centers on the financial interests of someone who supported him substantially in his campaign for election. Justice Anthony M. Kennedy wrote for the majority that "recusal may be constitutionally required even where a judge is not actually biased, if there is a 'serious risk' of actual bias."

Justice Antonin Scalia criticized the majority for constitutionalizing the judge's recusal decision "in a manner ungoverned by any discernable rule," but wrote that "in the best of all possible worlds, [judges should] sometimes recuse [themselves] even where the clear commands" of the Constitution don't require it.

"The question for Barrett, if it arises, will not be whether she personally believes she can be fair in deciding an election case but, rather, whether a reasonable person would conclude that her impartiality would be inescapably overborne by the flood of influences brought to bear on her," wrote former U.S. Court of Appeals Judge J. Michael Luttig in a column for the Washington Post.

seated in time to decide the election cases. These bludgeoning pressures alone are at once singular and unprecedented, unsurpassed and quite possibly unsurpassable in their magnitude. By comparison, the pressures believed put on the West Virginia judge in Caperton pale."