Watch: Viral graph shows the stark divide between red and blue states on COVID-19 — and it's illuminating 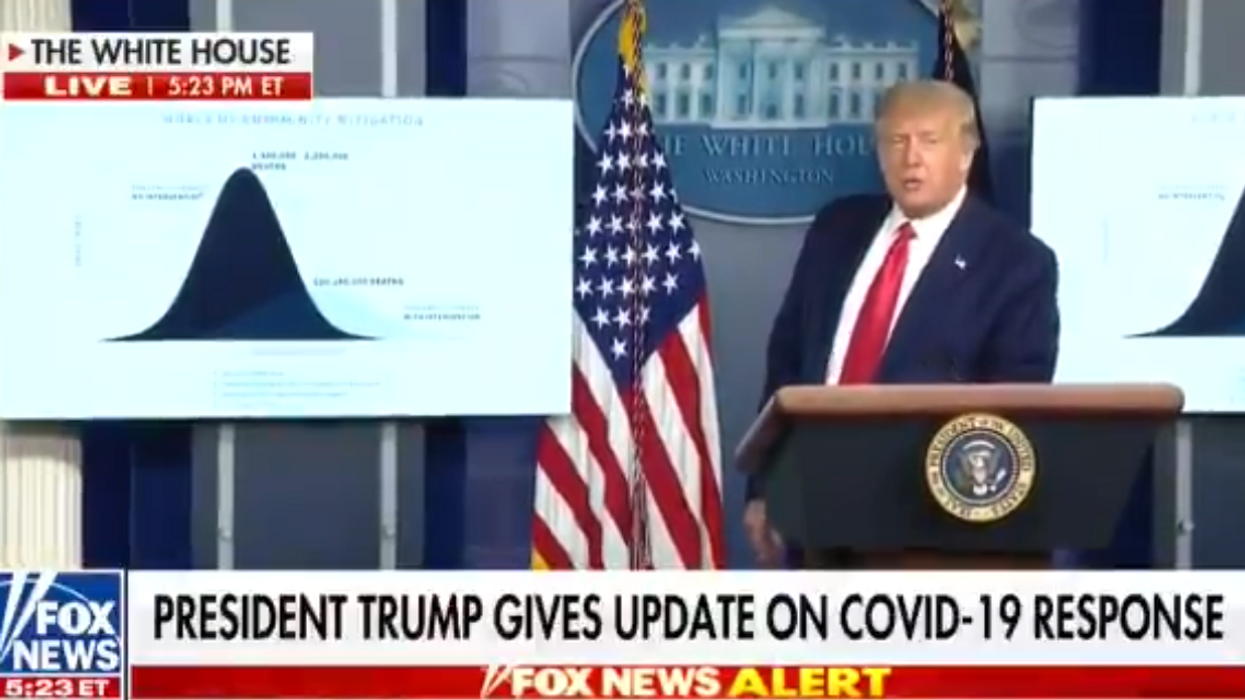 President Donald Trump has repeatedly blamed blue states for the United States' high coronavirus statistics. But a new graph has shed light on the political breakdown of states with the highest COVID-19 outbreaks.

An animated bar graphic featuring a visual of how the coronavirus spread in red and blue states reveals Trump's red states are actually the ones ravaged by coronavirus. When the animated visual was posted to Twitter on Monday, it quickly began circulating on social media. The graph begins with June 7 which was around the time when governors in many red states had taken Trump's advice, opting to reopen despite statistics and evidence indicating that cases would rise in states that reopened too quickly.

At the time, Trump also lambasted Democratic governors for being apprehensive about reopening too quickly. However, the visual below shows why it may have been beneficial to refrain from moving forward with an accelerated reopening.

As time progressed, the visual indicated that the states with predominantly Republican voters and leaders are the ones with the highest numbers of COVID cases and the worst outbreaks.

The alarming visual follows multiple occasions where the president blamed blue states for the uptick in coronavirus cases in the United states.

"If you take the blue states out," Trump said in September, adding, "we're at a level that I don't think anybody in the world would be at. We're really at a very low level, but some of the states — they were blue states, and blue-state management."

At the time, he also criticized Democratic governors' reopening plans as he falsely claimed their decisions to stave reopening hurt the American public more than the virus.

Trump added, "By the way, we'd recommend they open up their states. It's hurting people far more than the disease itself."

The Democratic National Committee fired back at Trump with a tweet highlighting the same findings depicted in the visual bar graph. With footage of Trump's remarks, the DNC noted that 9 out of 10 states with the worse COVID outbreaks are governed by Republican leaders and lawmakers despite Trump's claims.

"Trump continues to politicize the coronavirus," the Democratic National Committee tweeted. "COVID isn't a red state or blue state issue. 9 of the 10 states with the most infections per capita have Republican governors. This virus has impacted all Americans."