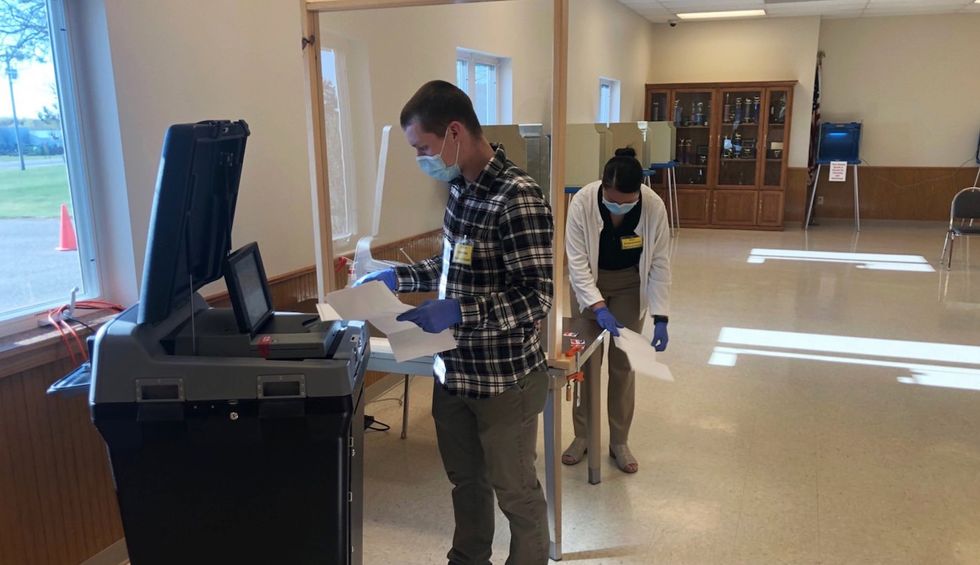 Wisconsin is among the key battleground states that could ultimately decide whether President Donald Trump is reelected or Vice President Joe Biden takes over in January 2021. But unfortunately for those hoping for a swift and orderly resolution to the contest, the voting situation is becoming increasingly chaotic in that Rust Belt state.

The Wisconsin Supreme Court ruled this week that election officials cannot mail out absentee ballots until the court decides whether or not to add the Green Party’s presidential nominee, Howie Hawkins, to the general election ballot — and Wisconsin’s deadline for mailing out absentee ballots is next week: Thursday, September 17.

CNN’s Caroline Kenney explains, “The September 17 deadline for when the 1850 municipal clerks need to mail out absentee ballots to Wisconsin voters who asked for one is set in state law…. The possible inclusion of Green Party presidential candidate Howie Hawkins on the general election ballot could tip the scales of a razor-thin contest between President Donald Trump and Democratic nominee Joe Biden.

But this is decision isn't just about a potential spoiler. It also throws a wrench into the ongoing process of mail-in voting.

The Milwaukee Journal’s Patrick Marley notes that “up to 378,000 ballots have already been sent to Wisconsin voters,” which means that if the Wisconsin Supreme Court rules that Hawkins has to be on the ballot, “those voters would have to be sent a second ballot. And then, clerks would have to make sure no one voted twice.”

Marley also warns that if the Wisconsin Supreme Court “orders changes to who is on the ballot, 2.3 ballots would have to be reprinted. Counties warn that would cost them large sums and result in them missing deadlines that require absentee ballots to be sent to voters by next week.”

Kenney reports that according to Meagan Wolfe, Wisconsin’s chief elections official, roughly 1 million Wisconsin voters have requested mail ballots—and over 300,000 of them have already been prepared. Wolfe told CNN that if the Wisconsin Supreme Court rules that another candidate has to be added to the ballots after they have already been printed, “it would be incredibly complicated and difficult.”

In Wisconsin, Hawkins was one of two presidential candidates who was excluded from the general election ballot by the state’s election commission. The other, rapper Kanye West, filed a lawsuit in response to the decision.

Attorney Jeffrey Mandell, who is representing one of the people who sued to keep Green Party nominee Hawkins off the general election ballot, told CNN that changing the ballots this late in the game “could lead to unprecedented chaos.”